Explainer - IS-linked New Zealander Suhayra Aden is coming to New Zealand because Australia revoked her citizenship, but Aotearoa didn't do the same thing, and there are good reasons for that.

The rules around citizenship are laid out in the Citizenship Act 1977, but the issue is also tied up in the Declaration of Human Rights and a responsibility to not leave people stateless.

So how can someone lose New Zealand citizenship? What sort of thing do you have to do for that to happen, and what are the consequences? 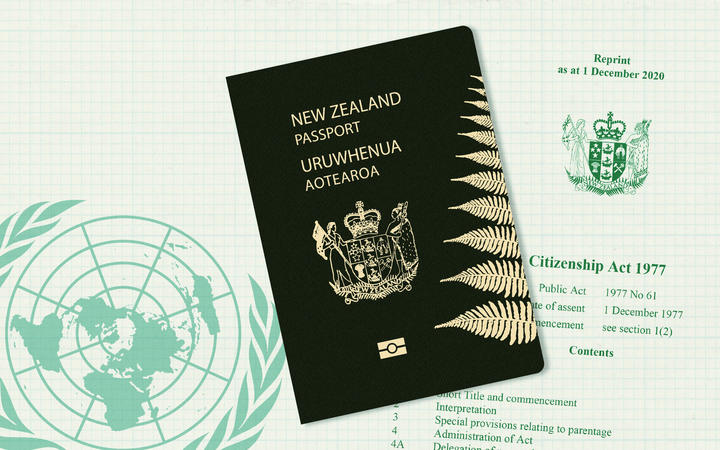 What the law says about ending citizenship

A New Zealand citizen aged at least 18 years, who is recognised by the law of another country as a citizen, can renounce NZ citizenship.

There's a bit of a process to follow, but it involves action from the minister of internal affairs.

In fact, the minister can essentially deny their renouncement for a couple of reasons, including if we're at war with any other country.

There is a process under which someone who has renounced citizenship can regain it.

You can be "deprived" of citizenship for a number of reasons.

You can also be deprived of citizenship in case of "fraud, false representation, or wilful concealment of relevant information" - although there are a few other details to be considered, too.

But you can't be deprived of citizenship if it was acquired by mistake, or if removing it would leave you stateless.

As a side note, even if you lose citizenship, you're still bound to "any obligation, duty, or liability in respect of any act or thing done or omitted to be done" before ceasing to be a citizen of Aotearoa.

Victoria University of Wellington political science lecturer Julija Sardelic is an expert on citizenship and statelessness, and says the importance of citizenship can be highlighted by the Holocaust.

"All the countries in this world that are members of the UN have signed the Universal Declaration of Human Rights, and Article 15 says that nobody should be arbitrarily deprived of their nationality. It says that everybody has the right to nationality.

"Now why is this so important? Because the Universal Declaration of Human Rights has been created after World War II and in Nazi Germany according to 1935 Nuremberg laws, all the Jews … before the Holocaust started, they were all stripped of citizenship and that actually made it much easier for them to be killed in concentration camps.

"Because they were not legal persons in front of the law ... it was much easier for them to get killed because it seemed as if they never existed without citizenship, because [of] being stateless.

"And that is why we have this international law and all the countries … have agreed that every, each person has the rights to nationality and that people should not be stateless, given what kind of ramifications that has."

New Zealand was an original signatory to the Universal Declaration of Human Rights in 1948, Sardelic says.

"New Zealand also signed the '61 Convention on the Reduction of Statelessness. And this says that basically nobody should be deprived of citizenship if they don't have any other citizenship.

"So what that means that you can only take away citizenship of people who have any other citizenship.

"A lot of countries have this standard in their citizenship laws that they can take away citizenship away under certain conditions, however, only if that means that this person would not become stateless.

"In New Zealand you can lose your citizenship if you have citizenship of another country.

"This is something that many, many different countries have but … it's in really, really rare circumstances that somebody's citizenship can be just taken away, and only in cases where there is dual citizenship."

Between 2012 and 2019 15 people had their New Zealand citizenship removed.

It's a measure that only affects a small number of people, Sardelic says.

She adds that this means people with dual citizenship - often minority migrant groups - are discriminated against because it's easier to deprive them of New Zealand citizenship.

What happens to someone who is left stateless?

"You cannot apply for a job, you cannot access health care. You cannot, for example, access education. Because all this requires certain legal identity.

"Like I said, in the Second World War, that meant that it was much easier to kill people who were without citizenship and put them into concentration camps.

"Nowadays, usually what that means is that there's no state that would actually offer you a certain protection. And that means you wouldn't be able to access all of these things that we just take for granted on everyday basis."

How do other countries view stripping someone of citizenship?

Sardelic says if you're a liberal democracy, you would strive to not make people stateless because having nationality is a basic, fundamental human right.

"The international community does not approve of leaving anybody stateless," Sardelic says.

"That's the first thing, and if you do that, you can no longer consider yourself as somebody who is abiding by human rights, including liberal democracy. If you're a liberal democracy, if you want to have your standing, then you do not leave people stateless."

As for consequences, Sardelic says "the problem with international law is that it is usually a soft law, so the consequences outside New Zealand, it's really, really difficult to measure them.

"If you left somebody stateless, New Zealand would be breaking its own domestic law, which is something that ... would go to court and actually be disputed.

"So it is possible that … if there was many, many people who were left stateless it would affect a relationship with other countries for trade and so on.

"Leaving somebody stateless signals that you are no longer a liberal democracy and [no longer] equal partner in discussions and so on in the international arena."

How hard would it be to regain citizenship if you were stateless?

It would involve a court process, Sardelic says.

"You would need to look at this case by case. It's not easy to get citizenship back because the process is lengthy.

"But it is possible and according to different national laws, you should be able to gain citizenship back."

Loss of citizenship as a weapon against terrorism

Sardelic says many citizenship experts - including her - argue that stripping someone of citizenship is not a just punishment, nor does it make countries safer.

"I don't think it actually addresses radicalisation of people at all," Sardelic says.

The Islamic Women's Council says helping her resettle into the community with her children will be the best outcome for her and New Zealand.

"Citizenship stripping would not actually solve a problem ... if you think about suppressing terrorism you do need to have much more comprehensive [deradicalisation] programmes to do that than just saying 'OK, I'll just take this person's citizenship'."

Plus, it's not clear that the threat of citizenship stripping is a greater penalty than convicting someone as a terrorist in a judicial process, she argues.

She also points out that you can't strip the citizenship of home-grown terrorists.