Health authorities warn the rural Māori population is most at risk as Covid-19 marches down the country and cases hit a new record. 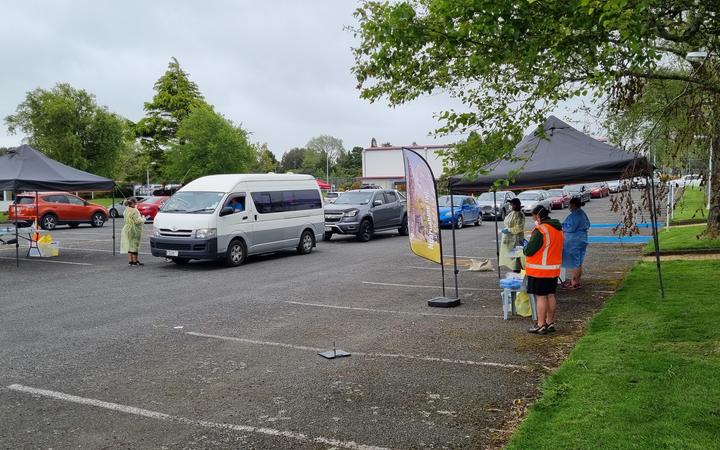 Hundreds have turned out for testing in Taranaki after cases were confirmed in the district Photo: RNZ / Jimmy Ellingham

Covid-19 is spreading in the North Island, with new cases in Rotorua, Taupo and Tararua among the record 207 reported yesterday.

It's knocking on the doorstep of areas with lower vaccinations rates, and health experts are worried.

Those on the frontline, including Lakes District DHB chief executive Nick Saville-Wood, are anxious especially with just 55 percent of the district's Māori population double-vaccinated.

"I'm very concerned, our vaccination rates aren't at the levels we want them to be, certainly we've been targeting 90 percent for Māori and 90 percent for non-Māori. At the moment we're sitting at first vaccine on all ethnicities at 84 percent and on second 73 percent so that doesn't cut the mustard but for Māori in particular it's even worse."

Taupo has its first case too, bringing the Lakes District tally to five.

Further south, Covid-19 has invaded the Tararua District which encompasses seven towns, to the east of Palmerston North.

Mayor Tracey Collis said two confirmed cases were isolating at their home in Woodville, where there are two locations of interest.

"Not surprised to see two towns with locations of interest there. People are quite closely connected so I'll be watching just to see how many further cases, if there's any community transmission from those." 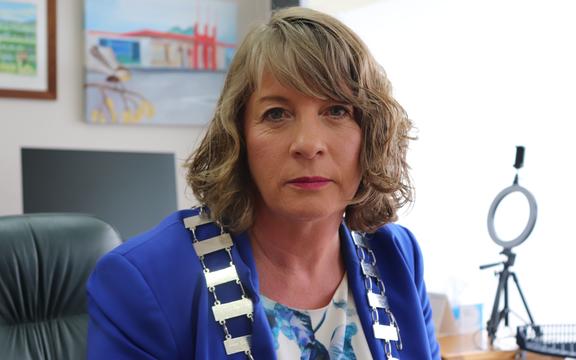 More than 300 people turned up for swabbing in Woodville, but the rural district's vaccination rates lag behind that of the mid-central region.

"Our vaccination rates aren't where I would have wanted them to be to actually have positive cases in the community. We were working very actively out in the rural communities just trying to get those rates up," Collis said.

Data modeller Shaun Hendy said it's not surprising Covid-19 is knocking on other doorsteps.

"This was always going to happen at some stage. We know we've had the leaky border in Auckland - it's a very difficult thing to maintain a tight border with people needing to come and go."

He was also worried for communities with lower immunisation rates.

"It now gives the virus the possibility of getting into communities that don't have the same level of vaccination as Auckland does and that's a concern. Rural regions, regions that have Māori communities where vaccination has been slower to reach, those communities could be at risk."

There is some hope. Of those eligible for the vaccine, 78 percent in MidCentral have had two doses.

The chief medical officer Dr Kelvin Bellinghurst said that's a much better rate than just a few months ago.

"We really are in a lot better position than we were even three months ago, six months ago," he said.

They were still investigating how the two Tararua District cases became infected, he said.

Nick Saville-Wood said the cases confirmed in Rotorua are a pair from Auckland, whose infections were detected after the woman sought care at Rotorua Hospital for her pregnancy.

He said the woman gave birth prematurely, and the baby sadly died after being transferred for care at Waikato Hospital.

The district is prepared to cope with more cases, with five close contacts in Taupo and seven in Rotorua awaiting test results, he said.

"Your gut feeling tells you yes there's going to be more cases but until we've got those results back and we can understand whether those close contacts caught it, we won't be in a good position to determine whether it's going to spread any further than that."

He said prevention is key - those not fully immunised are urged to get vaccinated and anyone who has symptoms is advised to get tested.