This week, Rolling Stone magazine released another debate-triggering list of the 500 greatest songs of all time. 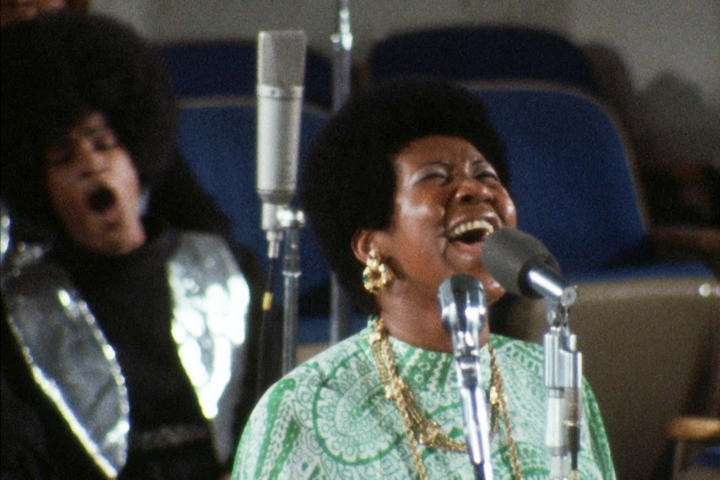 The last time the long-running publication made such a list was in 2004, with a very minor update in 2010.

Back then, the poll-toppers reflected the magazine's history or were coincidentally nepotistic, depending on how you looked at it.

At number three was John Lennon's 'Imagine', and Lennon just happened to be the first person to be pictured on the cover of Rolling Stone.

The latest version of the top 500 is very different, with the top three acts all African American, all singing songs of respect, revolution, and rights.

Aretha Franklin's 'Respect' is in the top spot, Public Enemy's 'Fight The Power' is second and Sam Cooke's 'A Change Is Gonna Come', third.

A lot has happened in the music industry in the 17 years since the previous list in 2004.

Aside from the rise of streaming, the industry has grappled with a push for increased diversity.

The great "awokening" of recent years, regardless of whether you see that as good or bad, is reflected in the new list.

More than half the new list is comprised of new entries and about 100 of those are by, or prominently feature, women.

More than 100 are by, or prominently feature, people of colour.

This triggered some predictable griping on social media, with some accusing Rolling Stone of "virtue signalling" and "pandering to wokeness".

However, the accusations ignore how the list is compiled.

In 2004, about 170 musicians, industry figures and music reporters voted on their favourites to make the list of 500.

Now voters number 250, with a greater effort made to have more diversity among them.

It stands to reason that a more racially and gender diverse group is going to vote for a list of songs that is equally so.

As a result, the vote is reflection of our time, as viewed through the lens of the 250 voters.

But what does this new list say about where we - or more accurately, the American music industry - is at?

The previous top three were a cautionary tale of the need for humility ('Like A Rolling Stone'), an anthem of adolescent ennui ('Satisfaction'), and a plaintive plea for unity ('Imagine').

In 2021's list, the top three are a demand for respect ('Respect'), a war cry for revolution ('Fight The Power'), and a hopeful plea for civil rights ('A Change Is Gonna Come') - all by black performers.

The comparative tone of the new top three is more strident, and the messages are arguably more significant and potent.

Away from the social messaging, the list has updated sonically, with old school rock 'n' roll and rhythm 'n' blues from three key decades largely making way for a new wave of hip-hop, pop and other genres spanning five decades.

The song remains the same

Can a cover be the greatest song of all time? That's one of the discussions that comes out of this list.

'Respect' was written and released by Otis Redding two years before Aretha Franklin significantly re-arranged it and turned it into her signature song.

The list also has had a weird relationship with covers, and that's not counting having a cover at number one.

In 2004, Jeff Buckley's version of 'Hallelujah' was at 259 - this year, it's nowhere to be seen, while the previously unlisted original by Leonard Cohen is at 74.

Instead, Big Mama Thornton's version from three years earlier is in the list at number 318.

Elvis again misses out with 'Blue Suede Shoes' - in the 2004 list, both Presley and Carl Perkins's versions of that song were in the 500, but neither appear in 2021.