Many tourism jobs have already been cut as the sector waits for details of a support package to be announced in Thursday's Budget, operators say. 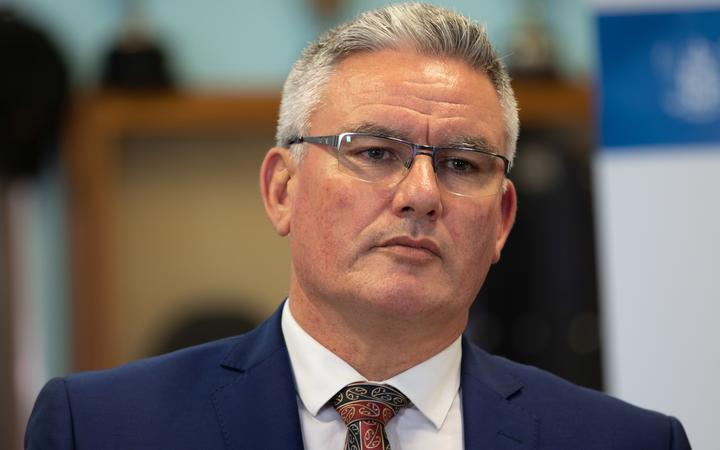 Frustration grew as opposition MPs grilled Kelvin Davis at today's Epidemic Response Committee, questioning why support for them had not come sooner.

Thousands of tourism jobs have already been cut and some of the biggest names in the industry remain in hibernation, even as Deputy Prime Minister Winston Peters today announced a $72.5 million emergency support package for racing.

Sudima Hotels employs 550 staff but the Covid-19 pandemic has seen it reduce its workforce by 85 percent.

Its chief operating officer Les Morgan said that may not have been necessary if there was more clarity around government support.

"The wage subsidy has been welcomed but any news about further subsidies has come too late. We've made those decisions now because once we go through the consultation period and the notice period, the subsidy is gone.

"Those jobs haven't been saved, all the subsidy did was prolong it. If there'd been some clarity earlier, that might have changed that situation."

Tourism Minister Kelvin Davis was asked why he was waiting for the Budget to announce additional support, especially amid pre-Budget announcements and as operators shared their growing concerns.

"It needs to be timely," Davis said. "We've had all those other business support initiatives that are helping businesses so we ... have done what we have done to support businesses and now as we move into the recovery stage, we have another package to announce."

He refused to give further details about the package to be announced on Budget Day or how many jobs it would save.

"We know that it's going to help many, many businesses. In terms of the exact numbers of businesses that will be helped, we don't have that direct advice.

"The fact of the matter is, is that we have got a response package, a recovery package for tourism that will help many, many businesses."

"I think the general consensus across a lot of my industry colleagues is that if we're lucky, we might see 20 percent of our revenue year-on-year, and efforts to reimagine tourism in the middle of a crisis is like calling in an architect instead of the fire service while your house is still burning down.

"I think we need to first put our efforts in place to save the house and then think about reimagining and rebuilding our industry."

The company's balance sheet could make it through a recession, but not zero revenue, Lawrence said.

"If we were still trading at a revenue loss of only 30 percent right now, Haka Tourism Group would be over the moon to be quite honest, and even with some pivoting, today we're trading at around an 80 percent revenue loss and in early March it was more like 95."

Lawrence wanted to see the wage subsidy extended from 12 weeks to at least 26 weeks, commercial and alternative accommodation providers like Airbnb to face the same fees, and support for commercial renters.

Tourism Industry Aotearoa chief executive Chris Roberts said allowing domestic travel in level 2 would save thousands of jobs, but not all of them.

"We've started to see the higher profile announcements - Air New Zealand, Ngāi Tahu Tourism, Skyline, SkyCity. But jobs are going every single day, and I still believe at least 100,000 jobs will disappear. We have feared it could be as many as 200,000 jobs."

The industry was expecting a further wave of redundancies in June, depending on what was announced in the Budget.

"We have been suggesting for some weeks now that we need the earliest possible indication of what's going to replace the wage subsidy. It's worked out that we're not going to hear until the Budget. And for some, that's going to come too late."

Tourism has taken a few hits in recent years from the Christchurch and Kaikōura earthquakes, West Coast and Southland flooding, and the Whaakari / White Island eruption.

NZ Māori Tourism chief executive Pania Tyson-Nathan said many operators had not had a chance to catch their breath.

"They've barely the opportunity to lift their heads. We need to consider them in quite a different way to the rest of the country."

One small North Island operator with eight staff and a couple of boats paid more than $47,000 in regulation charges a year, excluding tax.

"One of two things will happen: one, they'll go into hibernation and for some businesses that's not a bad thing."

But how do you pay your debt when you're hibernating?

"Exactly, or you collapse. And what I think with some of our businesses that actually are closing or have closed, we're trying to minimise the liability."

Businesses needed a year off from paying the high costs, not a year to pay them off, Tyson-Nathan said.

Chris Roberts said operators were under no illusions that travel would return to normal any time soon.

"What do you do with your business when you've got no customers Monday to Friday and then a few customers coming in on the weekend ...that's tough for every business to manage that.

"I think a lot of people are saying its 10 or 20 percent of normal so it's at least some cash when you've had no cash for seven to eight weeks."

Even if trans-Tasman travel opened up this year, he said substantial tourism might be off the cards until October.