The race for fast food and delivery chains to get ready in time for Tuesday's rush is on - each store putting the work in to get their fridges fully stocked, their workspaces safe, and their deliveries up and running. 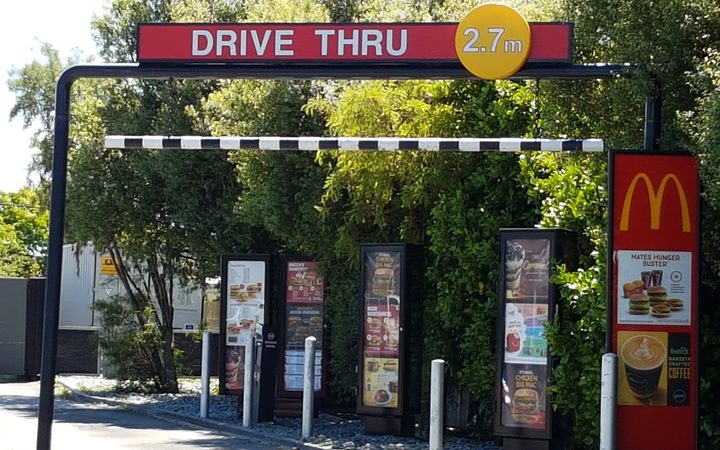 With such anticipation building up, people are being told to be prepared that their fast food might not be so fast on Tuesday.

Messages being put out by the fast food companies gearing up for a big Tuesday night are: be patient, pay without cash if possible, and prepare for a reduced menu.

McDonald's said they hope to have their 137 drive-throughs open at 5am, but Head of Communications Simon Kenny said there will be a smaller choice than customers are used to.

"Our focus is going to be on getting all of the core items that people have been craving - the cheeseburgers, the big macs, the McNuggets and fries - available," he said.

"Things like the Angus burgers, which use different patties, obviously Angus beef, and a different bun, we'll get to those once we've restocked the restaurants."

Before the lockdown, about 1.6 million New Zealanders went to Maccas every week. The fast food giant said delivering to that number of people after four weeks away is going to be tricky.

By focussing on the key foodstuffs, they will at least be able to feed that customer-base straight away.

"We now have to work to literally get the lettuces picked from fields to our processors, to get them moved to the restaurants.

"To get the bakery supplier back, to get our beef patty plants just outside of New Plymouth back up and running. So our suppliers have got a huge job to get the food made, to then get to our restaurants."

He said they're putting measures in place to ensure the safety of staff and - dining in-store is not allowed; pick-ups only through the drive-through; and asking customers to use Paywave.

Pizza joint Domino's is also adopting precautionary measures - deliveries will be contactless, and there will be no pick-ups in store to begin with.

When it comes to staff safety, Domino's general manager Cameron Toomey said they were at an advantage.

"The good thing about a pizza store is, the pizza follows a bit of line: it goes from the saucer, down the make bench, and then into the oven, and then the person cuts it.

"The good thing about that is it allows our team members to maintain their distance from each other."

They've also spiced things up, with an earlier opening time than usual. You'll be able to order a pizza by 9:30am, just in time for a late breakfast.

For those needing something other than a burger or pizza, all 250 Subways throughout the country will be reopening in time for Tuesday.

A Subway spokesperson said: "Each Subway New Zealand restaurant is a locally-owned and operated small business, so every sub supports these small businesses to keep jobs in their communities."

People can get their food from contactless pick-up stations, as well as delivered via Uber Eats.

For other chains: Burger Fuel will be operating a contactless pick-up service, as well as a kerbside pick-up and delivery; 48 Tank Juice Bars will be reopening at their usual trading hours, delivering via UberEats and available for contactless pickups; and Hell's Pizza said they hope to have their 76 chains going by 4.30pm on Tuesday.

"We're really looking forward to serving pizza again, but the new operational and safety requirements will be a little difficult for stores to get used to.

"We're expecting quite long lead times for deliveries, and contactless pick-ups as well, so we're really just hoping customers will appreciate that, and be a little bit more patient than they normally would."

Unite Union general secretary Gerard Hehir said it was crucial not to put pressure on the fast-side of fast food.

"If you turn up at 5pm on Tuesday, thinking you're going to get your meal in 10 minutes or a quarter of an hour, you're dreaming.

"People need to think about that, because what happens is that when there are delays, people get frustrated and they get aggressive, and that just adds to a whole other layer of stretch to the health and safety of the workers."

Hehir said to further protect the staff, he wants to see cash payments got rid of, and greater protections for staff at drive-throughs.

Fans of KFC, Pizza Hut, Taco Bell, and Carl's Jr. might have to be a bit more patient. Each restaurant must show it has adopted enhanced cleaning, hygiene and social distancing measures, and all staff members must have received safety training, before that store is allowed to open.