An Auckland iwi is putting its hand up to buy part of the city's waterfront if Ports of Auckland operations are moved to Northland. 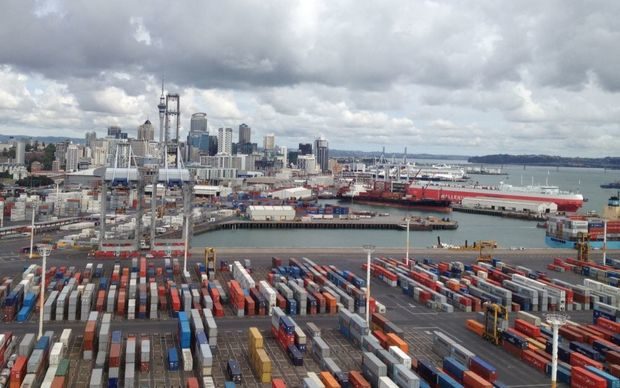 Ngāti Whātua Orākei have revealed its plans for the Ports of Auckland if it comes up for sale. Photo: RNZ

Today Ngāti Whātua Orākei released its plans to develop almost 100 hectares of land including the Ports of Auckland and Quay Park.

The central Auckland hapū is welcoming talk of the port's move - and is looking to form an iwi consortium to buy the land if it comes up for sale.

Ngāti Whātua Orākei is the ahi kā for the Auckland CBD - and in 1996 bought 20 hectares of land at Quay Park for $44 million.

The iwi's worth stands around $1.5 billion - and it's putting its hand up to buy the land and foreshore that Ports of Auckland currently sits on if it ever comes on the market.

"We use to own that part of the Waitematā and we want to own it again - and our money is as good as anyone else's.

"And we can lead a consortium of that size to reacquire it again."

The current value of the land is estimated to be worth up to $6b.

The traditional name of the area is Te Tōangaroa - which means the dragging of the waka.

The Te Toāngaroa proposed development would include an urban beach, cruise terminals, parks and community gardens and laneways.

Mr Blair said the development was about creating spaces which connected people back to the Waitematā Harbour.

"Creating urban beaches where people can take a dip and a swim with the kids.

"Currently you really can't do that anywhere along our CBD waterfront."

Although he said the future for the ports laid in tourism - something which could be lucrative for any possible new owners.

"These large ports such as Auckland, London, New York they are attractions - beautiful waterways, lots of activities.

"People who can afford to come to New Zealand have two or three weeks off - they will spend money."

The decision on whether to move the Ports of Auckland to Whangārei is expected to be made by a Cabinet committee later this week.