The crack in Sydney's Opal Tower - and subsequent evacuation - has sparked calls for an independent inquiry into the approval process across the NSW industry, with experts saying 'corners are being cut'. 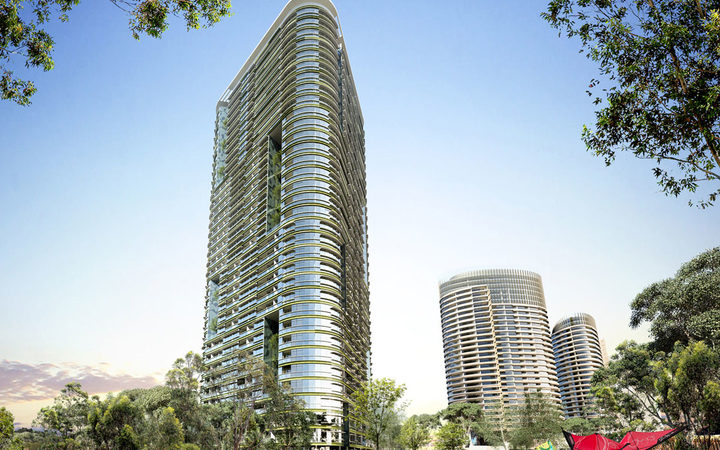 As most residents of Opal Tower were last night escorted from their homes to enable a "comprehensive investigation" into the crack in a concrete panel that forced them out, calls for more stringent checks and balances into the apartment development industry are growing louder.

The New South Wales branch of the Australian Labor party today called for the investigation into Opal Tower - currently being carried out by two experienced independent engineers - to include the planning approvals process.

It came as Alex Greenwich, the independent Member for Sydney, called for a special commission of inquiry into apartment building defects.

"The State Government needs to understand that there are potential ramifications across the entire sector for all new high-rise development," Labor shadow minister for planning Tania Mihailuk said on Saturday.

"There are so many new high-rise developments that have been approved and residents need piece of mind."

Current approvals suggest the number of apartments at Sydney Olympic Park - the site where Opal Tower sits - will increase from 6000 to 10,700, with the number of residents in the area jumping from 14,000 to 23,500.

A spokesman for NSW Minister for Planning Anthony Roberts said they would address the issue later today.

Concerns have been raised by independent bodies over the ability for developers to employ private certifiers, meaning developers could potentially get their own certifiers to give the green light to multi-million dollar developments.

Building Designers Association of Australia president Chris Knierim said over the past three years he had seen construction standards decrease to "below what I would consider a pass".

"This [the Opal Tower crack] is not an isolated incident," he said.

"The concern is that during the construction boom we can't cope with the level of construction that is going on.

"Corners are being cut.

"And what we're seeing is it's rushed because of the dollar, people need to make money and we have a tick and flick mentality. Builders are dropping their margins just to make money … it's shocking."

"I've never seen this before.

"But there are multiple levels here [at Opal Tower] and where the error has occurred in the chain of command [between the developer, builder, pre-fabricator and engineers] will have to be assessed through the forensic investigation."

Mr Johnson said the NSW Government should look at a "centre of excellence" for planning decisions currently handed to councils that are out of their depth.

"We maybe need to bring more expertise - the best quality minds - into this process to ensure it doesn't happen again," he said.

Engineers are today scouring through the Opal Tower building to discover the source of the crack, with reports suggesting 16 prefabricated concrete panels used in the garden slots are being looked at.

Opal Tower builder, Icon, said it expected the investigation to take as long as 10 days.

However it could not guarantee whether a longer time frame would be required. Today is first official day of its investigation.

It's believed a small number of residents in the Opal Tower building are still inside because of mobility issues.