An organic farm near Christchurch has exploited thousands of volunteers, who were hired out for profit, fed spoilt meat and food scavenged from supermarket dumpsters and made to sleep in a storage room, an investigation has found. 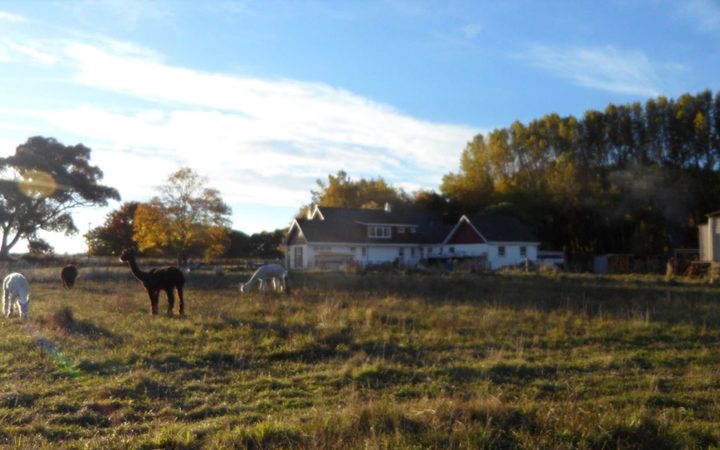 While no records were kept by Robinwood Farms in Tai Tapu, the sole director and shareholder Julia Osselton said over a 1000 people travelled through her business every year.

Labour Inspectorate national manager Stu Lumsden said the "so-called volunteers", known as WWOOFers (Willing Workers On Organic Farms), many from overseas, were exploited as free labour, working up to 40 hours a week and often hired out to garden or cut wood for Ms Osselton's profit.

They were paid $120 per week plus food and accommodation.

A witness statement from another worker provided to the Employment Relations Authority (ERA) described "inhumane" living conditions, in which volunteers slept in a small storage room under the stairs without proper ventilation or a heater.

The Inspectorate was told food was routinely collected from waste bins at supermarkets before being fed to workers at Robinwood Farms along with spoilt meat.

While Ms Osselton claimed that these workers were engaged in a cultural and skill based exchange, and not employees, the investigation showed this was "clearly not the case", Mr Lumsden said.

"It is not acceptable for businesses to attempt to evade their obligations by calling their workers volunteers and simply rewarding them with a bed and some food.

"This practice is unfair to businesses that do follow the law and pay their employees, and takes advantage of the good nature of travellers who may not know their employment rights."

The ERA ruled a New Zealand woman and a Chinese man who both worked for the farms in 2015 were owed $2600 in arrears.

The ERA already ruled against one of Ms Osselton's businesses over her use of volunteers, with more than $20,000 paid to a Spanish man employed by Karamea Holiday Homes Limited.

While penalties to be paid by Robinwood Farms for the breaches are still being discussed, the company could be liable for up to $20,000 per employee per breach.

"Wherever a worker is being rewarded in a business at whatever level, the Labour Inspectorate's starting position is that these people are employees and minimum employment standards apply," Mr Lumsden said.

Anyone concerned about their employment situation, or the situation of someone they know, should call 0800 20 90 20 where they can report their concerns in a safe environment.