The Human Rights Commission has received complaints about a series of leaflets including from Hobson's Pledge, a group fronted by Don Brash, which aims to end what it calls 'race-based privilege'. 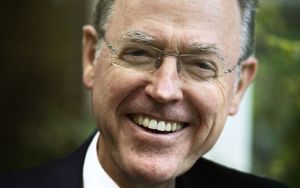 The leaflets from the Hobson's Pledge group and an associated publishing company came in a group of three and outline claims about special treatment for Māori and fears about Chinese investment.

People have vented their disgust at the leaflets on social media, tweeting pictures of them being destroyed in various ways including being burnt or being buried in kitty litter.

Most derided them as racist, with some angry to find them at all.

The Human Rights Commission said it had received complaints but could not say how many or what the exact nature of the complaints was.

However, it said it was unlikely to be able to investigate because pamphlets were not covered by its legislation.

The Advertising Standards Authority said it had not received any complaints.

Former National Party leader Don Brash said he could only comment on the Hobson's Pledge pamphlet which was aimed specifically at National Party policy.

He said anyone who said it was racist was misguided.

"The pamphlet is simply saying, in recent years the National government, which had promised equal citizenship loudly from opposition, has been betraying that position."

Dr Brash said he did not know the other two pamphlets would be delivered at the same time.