The MP for Whanganui, Chester Borrows, is headed to trial over a charge of careless use of a motor vehicle causing injury. 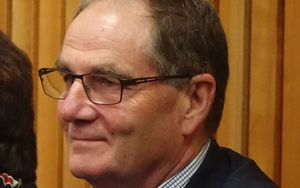 It follows an incident at a protest against the Trans Pacific Partnership, in Whanganui in March, in which two people allege they were injured.

It happened as Mr Borrows and Cabinet minister Paula Bennett were leaving a breakfast meeting in Whanganui.

Mr Borrows has pleaded not guilty.

The National MP and deputy speaker of the House appeared last month in the Whanganui District Court, where all evidence and argument in relation to the charge were suppressed.

No trial date has been set and wide-ranging suppression orders remain in place.