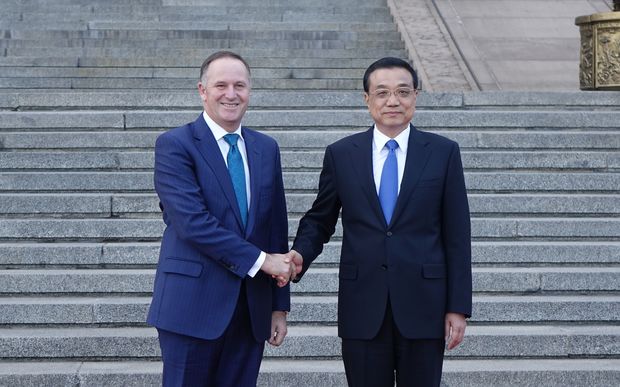 Mr Key said there were between 30 and 60 people living in New Zealand who China wanted to extradite for fraud and embezzlement.

The issue was raised during his discussion on Monday night with Chinese Premier Li Keqiang in Beijing.

He said he was not opposed to having a formal treaty arrangement as long as it was for serious cases, and that people would not face torture or the death penalty.

"I said in principle if they wanted to put up a case about an individual, they met the criteria, they were prepared to honour our conditions, then we certainly wouldn't say no." 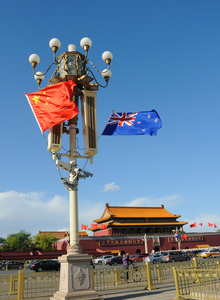 The two countries' flags flutter on a lamppost in Tiananmen Square Photo: AFP

China was interested in getting those people back and holding them to account if they were found to have ripped off the state, Mr Key said.

"I think it's possible - we're certainly not opposed. Clearly, people would need to meet the conditions."

He expected some human rights groups would be concerned because of China's use of the death penalty, but said New Zealand would not allow extradition unless the government was certain they wouldn't be tortured or face the death penalty.

A review by the Law Commission would underpin any formal treaty.

He earlier met with Jack Ma, the founder of China's biggest online retailer Alibaba and the country's richest man, to make a deal to get more New Zealand goods to Chinese consumers.