A native plant has been nurtured back from the brink of extinction after a chance discovery of seeds. 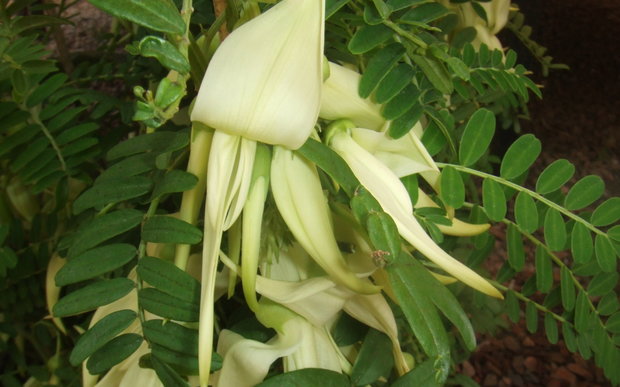 It has taken four years for Crown research institute Scion to successfully grow the white-flowered ngutukākā from a gift of seeds from a wild seed collector's estate.

The shrub is a rare variant of the well-known red-flowered species also known as the kākābeak.

Ngutukākā were last seen in the wild in the 1950s at the Tiniroto cliffs near Wairoa in Hawke's Bay, on the east coast of the North Island.

The bag of seeds that led the plant's recovery were found by chance in a garden shed, Scion forest science general manager Brian Richardson said.

The institute has been been working with iwi, the Department of Conservation, Landcare Research and the Ngutukākā Recovery Group to ensure the variant's survival.

Kiwa Hammond of Ngāti Kohatu and Ngāti Hinehika said, even though the white-flowered ngutukākā had not been seen for decades, its patterns were strong features in their carvings and ta moko.

Karen Te Kani led the project at Scion's nursery. She said, from a starting point of 60 seeds, the team was able to grow four flowering plants - which in turn provided seeds and cuttings to grow the 300 shrubs they have today.

Genetic testing has been used to trace the plants' origins back to the Wairoa region, and the majority of the plants will be returned to Ngāti Kohatu and Ngāti Hinehika in a special ceremony today.

The ngutukākā is New Zealand's most widely recognised endangered plant.

The Department of Conservation formalised a recovery plan for it in 1993. Rabbits, goats, deer and snails all pose risks but the plant's biggest enemies are introduced invasive plant species such as buddleia and gorse, which compete in the same forest environment.