An attempt by the ACT Party leader to introduce a bill to Parliament this afternoon, allowing bars to stay open for Rugby World Cup games, has been blocked by the Green Party. 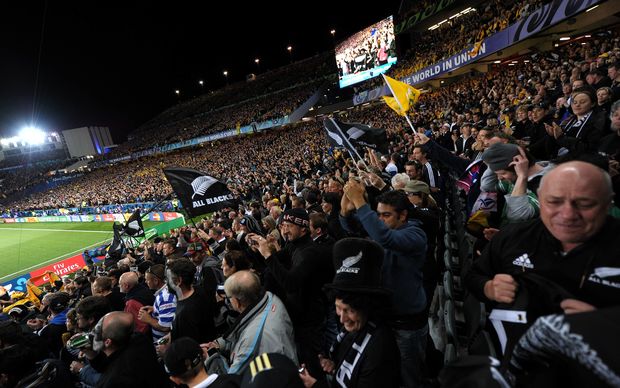 Most New Zealanders won't be able to get to the games at this year's Rugby World Cup in the UK, but they might be able to watch it in their local pub. Photo: PHOTOSPORT

The competition is being held in the UK next month, so the time difference will mean many of the games are in New Zealand's early hours.

ACT leader David Seymour said, under his bill, licensed premises would have been able to open for an hour before a match started, and an hour after it had finished.

But the Greens' health spokesperson, Kevin Hague, said the party could not support the bill as it had the potential to cause real harm to communities.

He said the move was a ham-fisted attempt by Mr Seymour to be a 'man of the people' but it actually had the potential to cause real harm to communities.

"Under David Seymour's bill, boozed-up people will be spilling out of bars just as parents are dropping their children at school or are on their way to kids' weekend rugby and netball games."

Mr Seymour called the Greens "party poopers" after they blocked the bill.

"I think that the public will be disappointed, I think they like to see a Parliament where issues can be debated, rather than people playing spiteful politics."

He said there was "enormous frustration" from the hospitality industry.

"They've been made to jump through, in some cases, quite strange hoops, and I think the majority of New Zealanders would say it's fair for Parliament to step in."

Prime Minister John Key said the Government would now consider taking the bill on itself.

"There is some logic [to it] and I can actually understand why there would be a group of New Zealanders who don't have access to the games, don't have Sky at home or actually just want to go and be with other people."

Labour leader Andrew Little said he also supported the idea, but said it would be a conscience vote for his MPs.

He said he thought New Zealanders would act responsibly.

"There's hundreds of thousands of New Zealanders who enjoy a tipple, usually when they are watching sporting games and they do so responsibility and this is a tournament that happens once every four years."