What happens to your identity when you immigrate to New Zealand as a child? Hye Ji 'Erica' Lee reports. 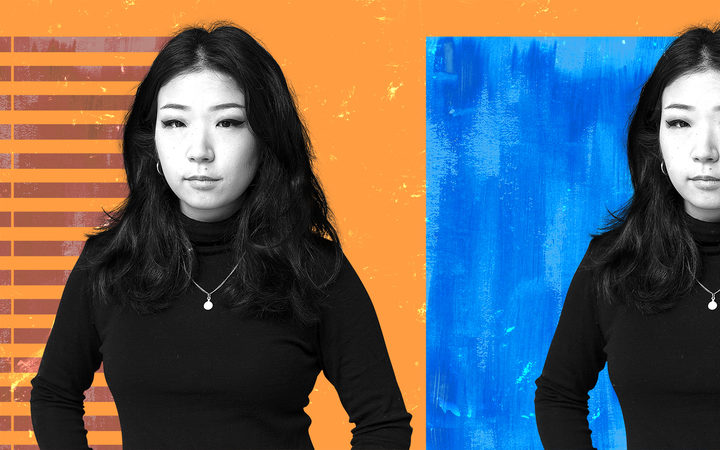 In my house, we speak a peculiar language called Konglish. It’s a frantic mix of Korean and English, coherent, perhaps, only to my family. There’s English spoken with Korean accents, Korean spoken with Kiwi accents, random English medical jargon from my parents' past careers, old-school Korean words courtesy of my grandparents, New Zealand slang and some te reo Māori scattered here and there. We make clever cross-linguistic puns but also bump up against Konglish's limits when trying to communicate during more serious and nuanced discussions. 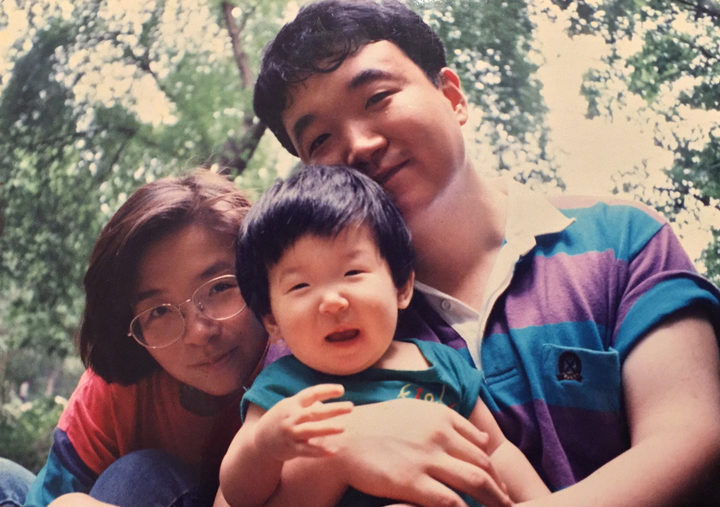 Hye Ji 'Erica' Lee as a child with her parents. Photo: Unknown

Many of New Zealand’s 1.5 generation migrants arrived during a major wave of non-British immigration in the 1990s and early 2000s. They came after the fourth Labour government introduced a more open immigration policy, in 1987, to attract skilled migrants from East Asia.

But more are always arriving. An increasing number of immigrants have arrived in New Zealand over the past five years, according to Statistics New Zealand. The largest numbers are coming from Australia and Britain, but people have arrived from over 150 different countries and many are sure to have brought children with them.

Their birth nations may be vastly different, but the effect of moving as a child will likely have a similar impact on their identity. Dr Jane YeonJae Lee, a research fellow at Singapore Management University, studied 1.5 generation Korean New Zealanders during her doctoral studies at The University of Auckland.  "1.5 generation are the most ambiguous group in terms of how they identify themselves and where they find their sense of belonging," she says.

“Because they move as children, the process of navigating their mother culture and host culture may come into conflict during their teenage years, a period that is already difficult, with questions about various identities.

“Some anchor their identities to citizenship, like their passport or residency status. Sometimes it is navigated through their embodied experiences - how their physical characteristics, the way they dress, the kind of accent they speak with are perceived by others. Often it is also explored in relation to how they define ‘home’ and where they find their sense of belonging.” 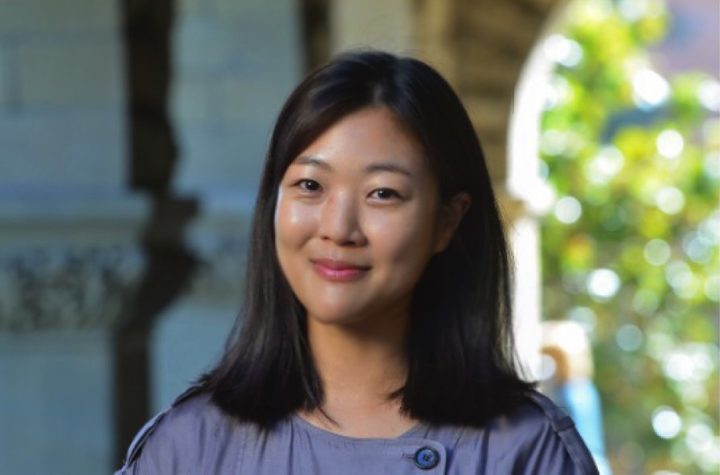 Lee’s study was particularly focused on 1.5 Korean New Zealanders who chose to return to Korea upon entering adulthood. “In New Zealand, some felt they could never become the ‘mainstream’ or a ‘Kiwi’ because of their Asian ethnicity. In Korea, they would experience their bodies ‘disappearing’ being surrounded by their own ethnicity, but still being marked out by the way they dress or speak.”

Still, Lee says feeling “in-between” isn’t always a negative experience. “Many expressed having control over their identities. They ‘play’ with various versions, choosing what identity to assert in different circumstances. A number of participants said they assumed different identities depending on who they interact with.”

Aaliyah Zionov moved from Ramat Gan, a small city near Tel Aviv in Israel, at the age of 6. Of mixed Mizrahi and European Ashkenazi Jewish descent, growing up, she struggled to figure out where she belonged. “I constantly felt out of place. I remember when South Park became big when I was in school - so much of that anti-semitism just, like, straight-up translated into years of being bullied for being Jewish. Then when I would go back to Israel, I was out of place because I wasn’t Jewish enough in the way people expected.”

Now a political organiser at People Against Prisons Aotearoa and a part-time DJ, Zionov talks about playing up to certain identities. “I've had instances where I've overperformed my New Zealand-ness and Jewishness and neither of them have felt right.” she says.

In learning to be comfortable with her identity, she’s come to accept that she doesn’t feel fully connected to Israeli traditions, but can explore the culture with friends who share similar backgrounds. Together they celebrate a “weird mish mash” form of a Passover Seder that cobbles together bits of what everyone remembers from their family holidays. “We can make it what we want it to be and that’s the beauty of it. Not many of us can speak Hebrew, so the prayers and songs are a bit touch-and-go with questionable accents. Its very non-traditional.

“There are gaps in our knowledge that we are trying to fill. I’m not religious but it is a cultural tradition, a way to be in touch with my heritage. There is a lot of suffering in Jewish history and a lot of those stories resonate with us. It fills a hole in everyday life that we don’t necessarily get to nurture until we are with a community of people who feel the same.”

Anti-immigration sentiment still gets to her, especially, she says, because much of it is about race. “We're not hating on Western European immigrants. We are hating on very specific immigrants from very specific parts of the world. Pretty much anyone of colour. I have a different experience because I can [be] read as light [-skinned] so in that sense I've had it a lot easier.”

Nahyeon Lee, a film director, writer and producer, did not. She moved to New Zealand as a 2-month-old baby, but grew up very much in the world of her parents - first generation Korean migrants. For the first five years of her life, she grew up with Korean language and culture and she remembers going to school and experiencing the ‘culture shock’ many 1.5 generation children are hit with when they arrive in New Zealand.

“I was a sensitive kid, I could sense that I looked different, the way I did things was different and not speaking English was just a big marker of difference. And I had that classic experience with food. It was for shared lunch, my mum had made these purple rice balls with tuna in them. I just remember these two boys saying, ‘Ew! Why is this rice purple, that's gross’. My friend at the time was so nice and ate one in front of everyone but no one else touched them.”

Lee chokes up as she tells the story. “We had to come back and collect the dishes and, looking back it was actually really kind, it turned out the teachers actually ate all my food so they returned me a clean dish. I don’t know, it was just really heartbreaking, like, ‘hey this is just rice, I’m not that different.’ But at the same time it was also really sweet, all these people being an ally to me without me asking for it.” 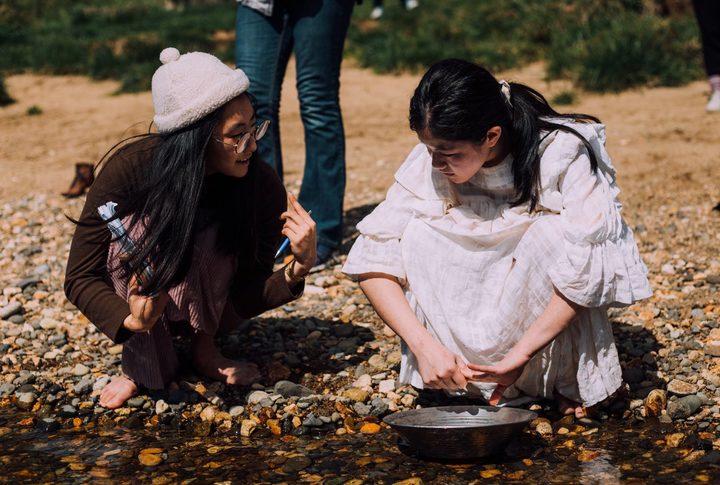 Nahyeon Lee, left, on the set of her short film My Mother Told Me, with actor Bridget Wong. Photo: Hillie Chan

Eventually Lee found her place in New Zealand, partly thanks to social media. “I found my sense of belonging through talking to a bunch of people, groups that are about being a diaspora, being an in-between generation, navigating the arts industry as an Asian woman … In that sense social media has been key in getting these disparate people to reach out to each other and finding solidarity in our shared experiences. It’s not in anyway very radical, but it’s something I wish I had more of when I was growing up.”

These days, much of Lee’s work draws on her experiences of growing up and navigating racism. Along with theatre producer Julie Zhu, she has set up a Facebook page, WAYFR (Where Are You From Really) that showcases arts made by people of colour. She’s also currently working on an experimental short film, The Myth of the Model Minority, about the Asian diaspora in Aotearoa, beyond the stereotypical representation commonly found in media.

Ruth Wang, an oral health therapist and motorcycle enthusiast, is also part of the Asian diaspora. Born in the United States to Taiwanese parents she has faced plenty of prejudice. “When you’re 1.5, people can never get it right. No one knows where to put you. There is like this process where first, I’m profiled as a fob [fresh off the boat] and I have to work to dissociate from those stereotypes.”

As a child, Wang quickly found how she spoke could affect how people treated her. “Speaking with a Kiwi accent is a powerful tool. When people think you’re a fob, you’re invisible, insignificant, dumb and I learnt that pretty fast as a kid. Then I speak and suddenly people treat me differently. But I’m also not just a Kiwi either, I’m both - [I have] my Taiwanese and my New Zealand background.”

When Wang goes shopping she is almost always reminded that she still has to make an effort to be accepted. “I walk in, I’m invisible and no one greets me. I feel this need to assert my accent. I practice it in my head and make sure I say it without any stutter. When I do, I’m suddenly visible and someone who can now be considered to be greeted, to be helped at the store. It requires so much mental energy but at least I can access the good treatment. Those who speak with accents might not. It’s painful and so sad. And I can relate to that pain.”

I, too, can relate to that pain, and that pain goes beyond the racist encounters. It’s the memories of arguments with my parents as their Korean values and my ‘Kiwi-ness’ clashed when we could not find common ground. It’s the moments where I cannot express to them the deep, profound thoughts and emotions in my no-longer-mother-tongue, Korean. It’s the melancholic loneliness I feel with some friends who don’t understand my ‘split’ experiences.

But there are so many hilarious and wonderful parts of being 1.5 generation too. Like the other week at home, I saw the full moon at dinner and told my family in Korean to ‘look at the moon’. They all turned to look at the front door in the lounge and then we all stared at each other confused. A few seconds later, we were cracking up laughing: ‘Moon’ means ‘door’ in Korean.

Then we continued to dine on the banquet of Korean BBQ, accompanied by unconventional sides like avocados, puha kimchi and my mum’s special ssamjang sauce made with preserved feijoas. A table of dishes as unconventional as I am.