Kate Robertson catches up with drummer James Stutely and Nicole Gaffney (vocals/guitar) ahead of the release of their new album. 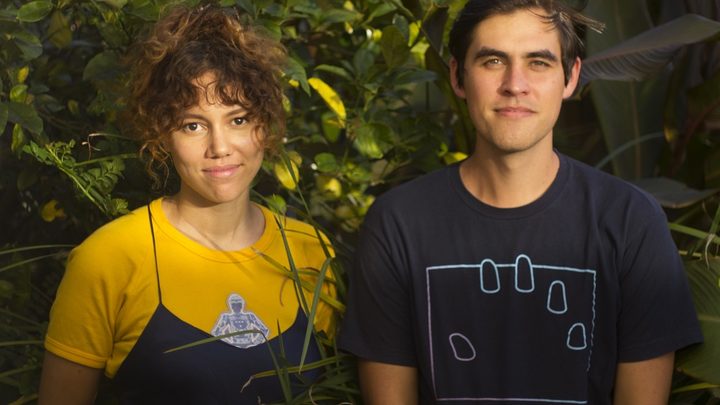 If you’ve haven’t seen Carb On Carb play live, I’m sorry but I just don’t believe you. The Kiwi band is clocking more hours on the odometer than any other. Drummer James Stutely reckons they’ve toured the country 15 times now (plus the 10 trips around Australia and several jaunts over to the United States).

Known as much for the hard work they put into touring as they are for their particular brand of high energy emo-punk, Nicole Gaffney (vocals/guitar) and Stutely today release their much anticipated sophomore album for ages. Their first album to be recorded professionally, the pair are this time bringing more thoughtful lyrics to a genre traditionally concerned with more trivial matters. And hot damn it is good. I caught up with the duo last week to chat about making album two, writing music for their friends, and not liking their band name.

How has the experience of writing for ages been versus your debut album?
James: I think it feels more important to us because before the first album we were just having fun and mucking around with our friends, and then people we’re like ‘Oh, this is really good’. It’s been different going into this knowing people actually care about what we do.

Nicole: We took a long time writing the lyrics and checking them, whereas with the first album I just wrote silly stuff. This time I thought about what I wanted to say a lot more, and then what I thought would age well. Sometimes you listen you your old songs and you’re like, ‘What the hell was I thinking!?’

J: The other part of people paying more attention to us is that we just had more confidence in what we were doing. That definitely influenced how we wrote the album. We could slow it down and be more relaxed and particular.

Did you hit any challenges or hurdles this time around that you didn’t anticipate?
J: The lyrics and names took a lot longer, the wordy stuff.

N: I’m not usually very good with words. I’m okay to write a song because it’s like a story, but I find song names really hard. It’s a whole body of words with just one word used to describe it. Same with naming the album, we left that until last. We were coming up with stuff and everytime we thought it was terrible. Finally we came up with for ages and we’re like, yep, that’s fine.

When you first started did it take ages to come up with Carb On Carb?
N: We took quite a while coming up with names and I’m still not happy with it. It was supposed to be a temporary name and then it just stuck, but it’s fine, people like it.

J: We got asked to play a show and we were like, “Oh no, we’ve got two weeks to come up with a name”. We were just mucking around and playing through songs, and five years later the name is still here. That being said, it is quite good to have a name that doesn’t have too many connotations.

N: It’s quite neutral, and it’s also silly so people think it’s fun music. But we do have some serious songs now.

You say the album is about growth and resilience. Now that you’ve finished it and you have some distance from it, are there any ways you think you’ve grown while making it?

N: I think putting the thoughts you’ve had over your early twenties down on paper really makes you realise how much you’ve grown from when you were 20 to 25. I think it’s about constantly growing as well, and constantly reevaluating where you’re at and where you are in the world. Thinking about how you can always become a better person through what you’re doing. I definitely think the album helped me grow up a bit, but I’ll always be a baby so it’s fine. 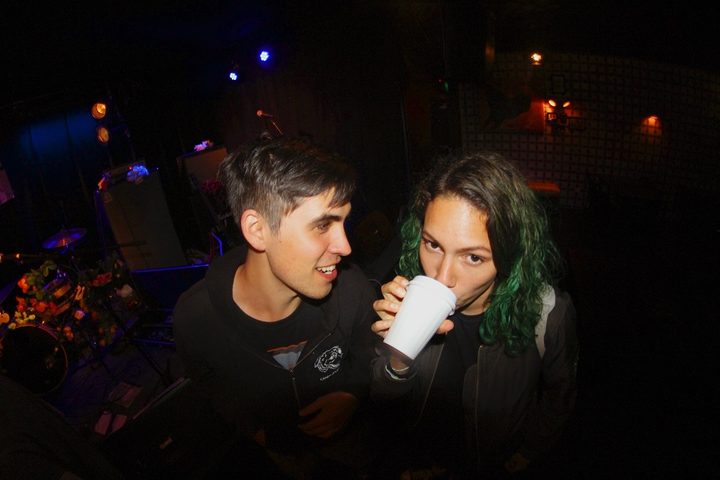 You both make a point of how much you love local music. As people who are very much in ‘the scene’, are there any fundamental problems you’d like to see changed?

N: I would love to see more women, non-binary, trans people and people of colour playing in bands. It’s hard when we’re the only brown people on the bill and I’m the only woman. It’s a huge problem, but I think it’s changing. I do a programme called Girls Rock! Camp where we encourage young women, non-binary and trans people to come and try figure out how to play music. They’re not judged for it and aren’t in a weird scene to start with.

J: I feel like venues need to step up when it comes to creating safe and positive community spaces. It sucks when someone’s being shitty and the bar manager is just like, “He comes here all the time, he’s fine”.

The album’s lead single ‘It’s Been A Rough Year’ has been going great guns on the streaming platforms. What’s it like observing people react so well to it?

J: To be honest my main reaction was relief. I was worried about delivering the music that people and our friends were hoping for. We got a lot of messages the week after we put it out that people liked it. I felt like I could relax after that.

N: That was the best thing, getting messages from friends saying they really needed it. I wrote it for them because I want them to feel okay. Having them say it really touched them, that was what I wanted.

What would you say is the best thing about making emo-punk music in 2018?

N: When you go to an emo-punk show there are always a lot of dudes. Historically the music’s been about dudes breaking up with their girlfriends and that bitch who dumped them. I think it’s really nice because as an assertive person I’m like, “I’m going to insert myself into this genre I’m not supposed to be in. Ha, I got you!’. It’s really interesting for us to be there like ‘We’re going to sing about serious things, but also in a way that’s fun’.

J: My favourite part is always the same, just having a community of friends around who you can rely on. It makes us feel nice about the world when we can go to different places where people will let us stay at their house, cook us dinner, and talk about the same bands.

Carb On Carb’s sophomore album for ages is now available on Spotify and Bandcamp.