Physical differences are often used as the reason for the separation of men and women in sports – but eSports don’t have these physical limiters. So why is there is so little gender diversity? 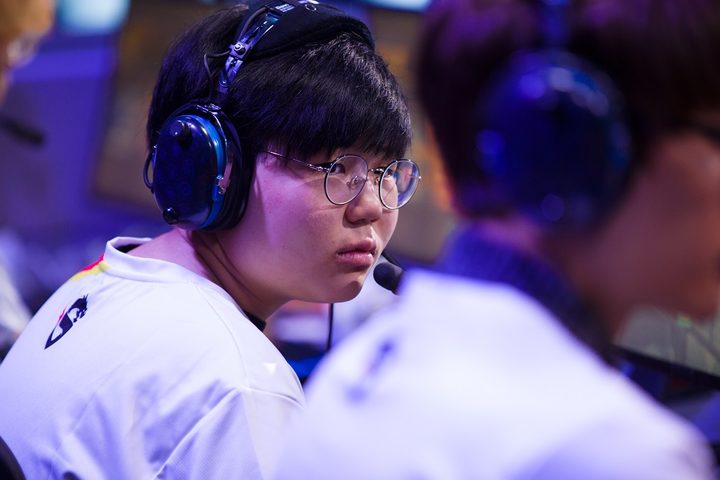 It is a historic day for eSports – The Overwatch League, one of the biggest gaming events in the world, has just had its first female competitor play her opening match.

Eagerly, I wait in a room full of game writers for the post-match briefing to begin.

One by one, the team filters in. At the back of the pack, comes Seyeon Kim, AKA Geguri - an 18-year-old woman from South Korea. She peers shyly around the room. Cameras and people peer back at her as she takes her seat.

As of March, Geguri is the only woman competing in the league’s roster of 121 professional players. This is not a mantle Geguri has chosen, but one that has been thrust upon her.

Moments before the team enters, the league’s PR manager informs us that Geguri does not want to discuss her gender, only her performance as a player. Yet, as soon as the team is seated, a man in the front row jumps straight in with the question: “Geguri - how do you feel about being the first woman in the league?”

As the translator relates this to Geguri, she audibly sighs, before curtly responding, “I feel nothing about being the first women in the league. I just see it as normal.”

This is a response Geguri has given many times, after being asked this question at every stage of her career. It is a reality she cannot escape - she is one of a few female professional eSports players in the world.

But, why is that? In 2013, the Entertainment Software Association said the gender gap of gamers was almost completely bridged – with 52% of gamers being men, and 48% women.

So why is it then that so few women are competing in the upper-echelons of this medium’s competitive scene? And what is being done to change this? 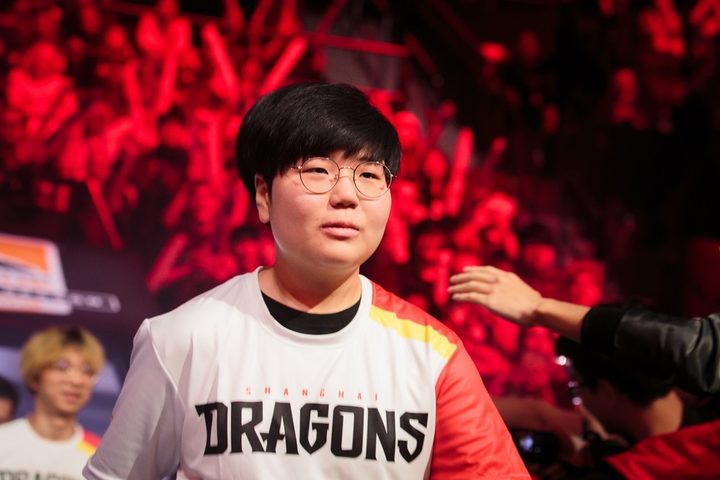 Seyeon Kim, AKA Geguri, enters the Blizzard arena for the first time as an Overwatch League player. Photo: Robert Paul for Blizzard Entertainment

There are many possible reasons for the lack of women in eSports. Unfortunately, one of the key causes seems to be the poisonous online culture within which competitive gaming exists.

As with many aspects of online culture, a toxic silent minority has a profound effect on people’s experience of being a part of the eSports scene. Women are often the target of these trolls, and in the male-dominated world of eSports, this is even more obvious.

Geguri’s journey into the professional scene is evidence of this. Throughout her career, she has been victim of vitriol, speculation and even threats of physical violence.

She first achieved fame as a competitive player two years ago, when she was publicly accused of cheating by two male competitive players. They claimed that the accuracy with which she played “wasn’t humanly possible” and called for her to prove her she wasn’t using aim assist software – promising that they would both quit competitive playing if she wasn’t.

One of the accusers went as far to write, "If there is a problem with our sponsors and such, I may visit Geguri's house with a knife in hand. I am not joking”.

Geguri was invited to stage a demonstration and clear her name. She did so in spectacular fashion, showing the world on a live broadcast that she can indeed execute an accuracy mistakable for that of a computer program – doing so with an insanely high mouse sensitivity and her own keenly refined skills. Both of her accusers, true to their word, left the competitive scene as a result.

Brazilian games commentator Alicia Grucci is a strong advocate for women in games. She believes these accusations were only made of Geguri because she is a woman – especially as similarly skilled male players have never been called out as she was.

Geguri’s entrance into professional eSports demonstrates the kind of challenge and vitriol women experience in this culture, and it has only got harder as she has become more famous. Speaking with ESPN, Geguri said she gets a lot of messages online, many from trolls personally mocking her – making fun of her looks and telling her she needs plastic surgery.

"In the beginning, I cried a lot," she told ESPN. "But I got used to it as time went by.

"I wasn't always like this, but I decided I needed to believe in myself to be good. I need to play with no regrets." 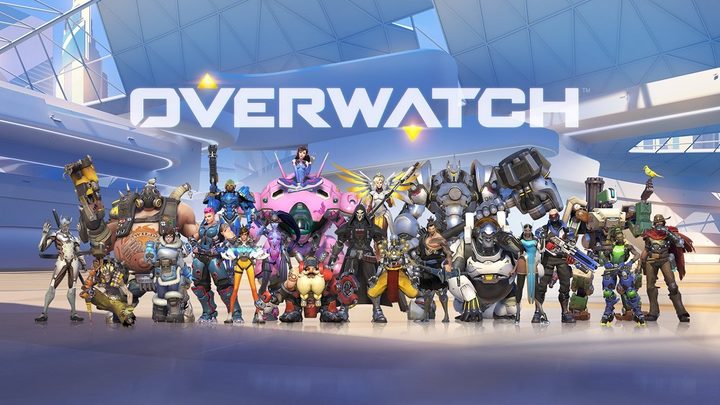 The roster of characters at the launch of Overwatch. Photo: Blizzard Entertainment

Despite the negativity online, Geguri has garnered a significant fanbase and has been hugely inspirational to many women in the gaming scene. Sitting in the audience during her first match, you can see and hear that the audience is on her side – with each of Geguri’s successes in the match, the crowd roars insupport.

Alicia says Geguri entering the competitive scene represents an important moment for gender diversity in the game and has acted as inspiration for many women to start playing more competitively.

As Geguri has inspired a new wave of women in competitive gaming, those women will go on to inspire another generation, and so on - hopefully creating a snowball effect.

Alicia herself was inspired to play Geguri’s signature character Zarya, due to how empowering it was to see Geguri prove herself with this character. 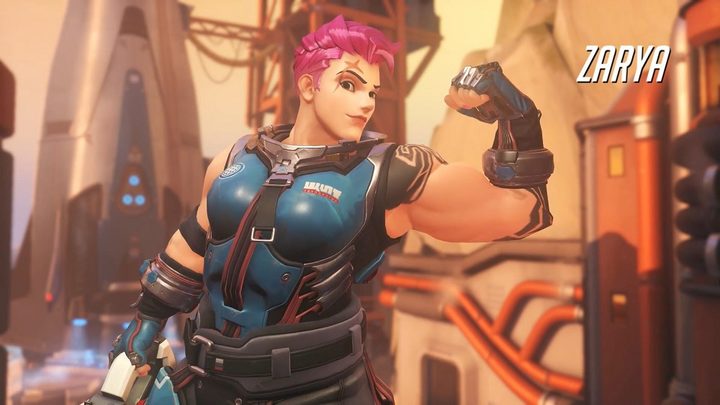 Zarya – the Overwatch character Geguri was made famous by playing so expertly. Photo: Blizzard Entertainment

Having more women interested in playing competitively is an important first step. But there is a long distance between having them engaging in competitive play and having greater gender diversity in the professional leagues. Essentially, women are currently being inspired to play the equivalent of social football matches, and there is obviously a big gap between that and playing for a FIFA team.

There is an agreement among all the women I have spoken to in the gaming scene that they don't want to see gender diversity made mandatory for diversity’s sake. Rather, diversity should be achieved by women reaching the upper-echelon of skill that Overwatch League players represent.

“I like having a woman represented in the league – but I especially like that it is because she is good, she has proven herself,” Alicia says.

“She is not just a token, put in there to prove there is representation.”

This is a perspective echoed by the league’s organisers. Overwatch League director of strategy and team business operations Jon Spector says player skill is the primary determiner of who plays in the league.

“When thinking about the players in the Overwatch League, our goal has always been that the best players in the world will have the chance to compete,” Jon says.

“Regardless of where they come from, or their gender.” 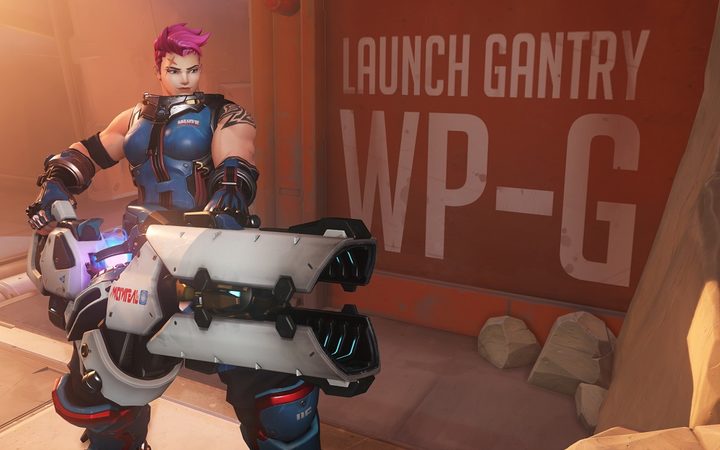 Zarya is a bodybuilder from Russia and is just one example of the game’s diverse cast. Photo: Blizzard Entertainment

In the case of Overwatch, the path from ‘social football’ to ‘FIFA’ is clear. This year, the league implemented the Path to Pro - a set of scaling tournaments which will allow talented players to be recognized, and fostered to rise through the ranks of professional gaming.

League organisers see this as the way young talent will make its way into the upper-echelons of the league, and hopefully where we will see more women start to emerge in the coming years.

“If you’re a really talented 14-year-old, no matter where you are in the world, or if you are a girl or a boy – if you’re really good at Overwatch, you have a chance [to become a professional],” Jon says.

It is yet to be seen if this rising tide approach will in fact bring with it a new wave of professional women in eSports. Jon is hopeful that it will.

“If we are sitting and having this same conversation five years from now – maybe we will need to change our strategy at that point.

“It is something we are definitely keeping an eye on.”

Currently, all the world’s major eSports competitions are technically mixed gender – even if there is little actual diversity in them. Although it seems counter-intuitive, some are arguing that to create better gender balance in the long-term, there should be women-only eSports tournaments created in the short term.

The argument for these women’s leagues is that it will actively encourage women to become more involved in competitive play, as well as offering them the financial incentives that sustain professional players and offering them the exposure necessary to gain sponsors and get recognised by teams.

Oceania is on the forefront of this movement, with the Oceania chapter of ESL - the world’s biggest eSports organiser – recently announcing the Women’s Open. This open will be a one-off competition in which the top four women’s teams in the game Counter-Strike: Global Offensive (CS:GO) will compete for a AUD$10,000 prize pool.

Managing director of ESL Australia Nick Vanzetti says that this competition marks the beginning of their commitment to developing more opportunities for women in eSports.

“We see the Women’s Open as a start to encourage more diversity across the industry,” Nick says.

“A future of equal opportunities is something we believe is attainable and that we would like to help develop moving forward.”

Nick says he sees the culture of gaming changing, with negative stereotypes for all genders becoming more relaxed.

“Highlighting women in eSports will ultimately create more visibility and awareness over time.

“Demonstrating their skills, abilities and personalities through events and competitions will encourage an increase in acceptance of women in eSports.” 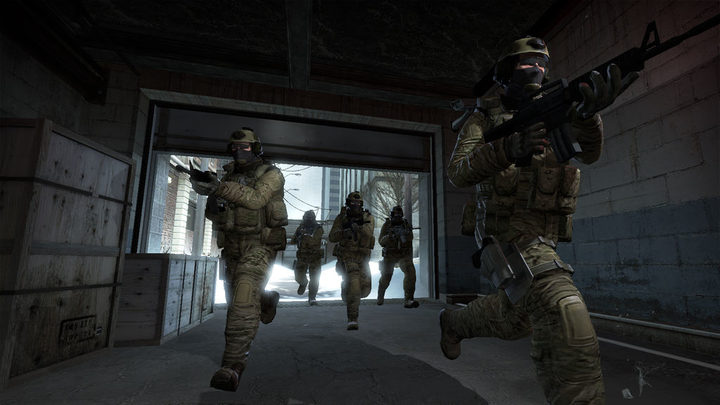 A frame from CS:GO, the game four Australian and NZ women’s teams will compete in later this year. Photo: Hidden Path Entertainment