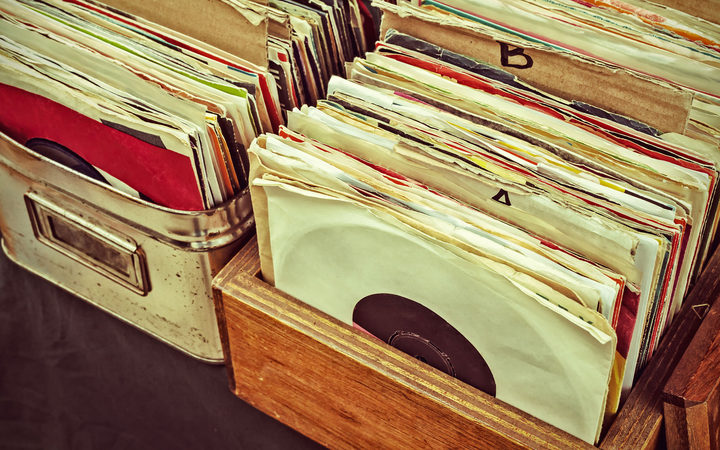 Everyone loves music. And for most people these days, their music listening is conducted online through streaming platforms like Apple Music and Spotify.

However, for some fans, the physical still trumps the digital, which is why tomorrow many will turn out to their local record store to support and celebrate Record Store Day.

Originating in 2007 in the United States, Record Store Day is held the world over one Saturday every April to celebrate the culture of record stores and record collecting. In 2018, this is more important than ever - especially given the loss of many record and CD stores in Auckland over the last 15 years.

Growing up in the ‘90s and ‘00s I remember when there was a wide range of places to buy music. You had Real Groovy (the epicenter, if you will), Marbecks, and chain stores like Sounds and the CD and DVD Store.

Now, the chain stores are gone and only a handful of places remain to buy music in Auckland. These include Real Groovy, Marbecks Records, Flying Out Records and Southbound Records. All these stores will be taking part in Record Store Day tomorrow with live music, limited Record Store Day releases and discounts galore.

That these stores have survived the boom of digital downloads and now streaming is a miracle given how physical sales of music, especially CDs, have slumped so much.

In 2016, physical music sales made up just 21 percent of Recorded Music New Zealand’s total sales revenue compared to 50 percent which came from streaming - the number one form of music consumption in New Zealand.

There is the feeling of being amongst other budding collectors, who, like you, have a love of collecting physical music despite the prevalence now of digital music in society.

Though CD sales have bombed, vinyl has had a resurgence. In 2016, sales for vinyl reached their highest point since 1989, an increase that is testament to people who still collect records and want to buy physical music, not to mention the tenacity of record store owners who through the bad times were willing to keep their shops open against the odds.

In the digital age, where face-to-face interaction is often a casualty, record stores offer a human element to music at a time when most music listening and indeed music interaction outside gigs is carried out online.

There is something special about going into a record store and having a browse through the CDs or records. There's the element of surprise it brings. In particular, not knowing what gems you might find as you dig away.

Then there is the feeling of being amongst other budding collectors who, like you, have a love of collecting physical music. It feels like a community of like-minded people participating in the act of discovery, something that is almost impossible to replicate in the online world.

At the same time, with Record Store Day there is perhaps the opportunity to alert younger generations of music lovers brought up in the streaming era to the wonders of collecting and buying physical music.

This is something people who work at record stores have noticed. 95bFM DJ and former Flying Out shop assistant Bridge says people who have grown up in a digital environment are rediscovering analog formats such as cassettes and records and this is through record stores. Meanwhile, Real Groovy co-owner Chris Hart has noticed more young people coming to the store and taking an interest in physical music.

There is also the chance to showcase New Zealand music to people not just through having live performances in store on the day but also stocking the latest EP or album from New Zealand artists.

Marbecks shop assistant Gin Halligan says this is an important part of their store and is a nice way beyond the digital world to highlight local music which people might not be aware of or may have missed online.

This is also a point raised by Recorded Music NZ CEO Damien Vaughan, who says streaming platforms do not prioritise countries in their curated playlists. Vaughan says unless showcasing New Zealand music becomes a priority for streaming services we are likely to see local content continue to languish online amidst thousands of songs.

In an age of digital music consumption it remains vital that we look after and continue to support our record stores, because you just never know if the next store closure is around the corner, or if the time-honoured tradition of buying physical music from a record store will be over for good.