These three powerful women in the film industry are fighting for diverse storytelling. 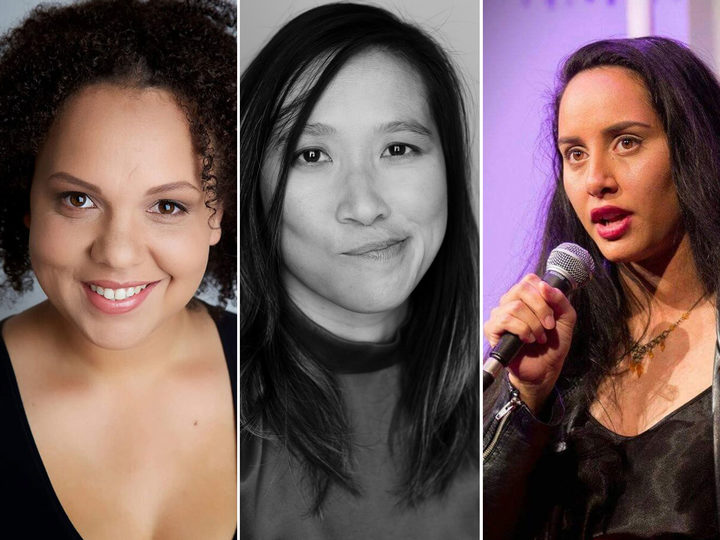 Tell everyone you’re the best they’ve ever seen.

That’s what Roseanne Liang’s US agent told her. Be brash. Sell yourself.

She wants to make movies in Hollywood - big budget action movies - the type she watched growing up.

And so she’s been pitching American projects. Trying to get a foot in the door. Building contacts.

“I’ve always thought the worst thing I can be is up myself. But in America, if you don’t back yourself, it’s like why would they back you?” she says.

“My plan is to talk about movie-making like I’m already there.”

She’ll ask: Who wants to be the first to make an amazing movie with me?

She wrote a letter telling powerful people why she was the right person for a job.

“I sent it, then read it again and panicked and sent another email asking them to ignore it because another version was coming. It was just all ‘me, me, me’.

“My agent told me it was perfect.” 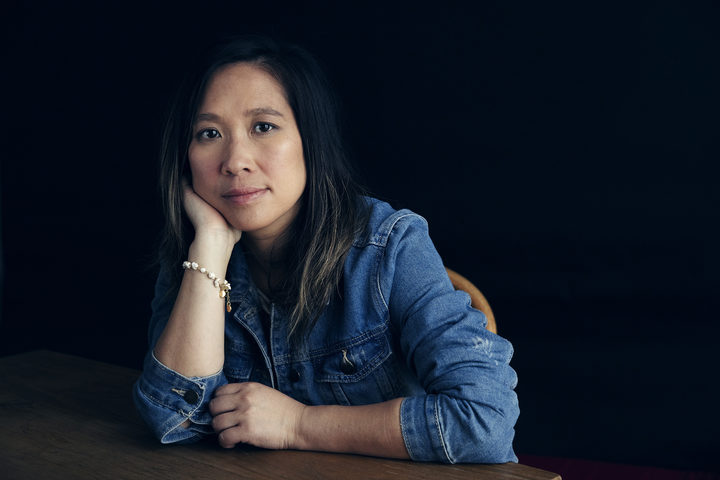 Don’t think Roseanne, the director of My Wedding and Other Secrets, Flat3 and Friday Night Bites, doesn’t believe in herself.

Earlier this year, the Chinese New Zealand director was named by The Hollywood Reporter as one of 20 female directors “primed for a studio directing gig”.

“Before, I was nobody. Now, I’m still nobody but I have the potential to be somebody,” she jokes.

“I always thought I was too dumb to direct.”

At her school, media studies was the subject you bunked. Her teacher let students smoke at the back of the class. They would borrow her truck to drive into town to buy McDonald’s.

“I always thought directing was too scary and I wouldn’t know what button to press on the camera and I would fuck it all up.”

Hanelle started out as an actor - fulfilling a dream she’s had forever.

In her second year of drama school she became pregnant. After a year off, she returned for her final year and “the penny dropped”.

“My teacher convinced me moving behind the camera was something I was capable of, and I had a voice that should be heard.”

A few years later, in 2015, an idea formed that would become her web series Baby Mama’s Club.

“I was a newly-single mum and I found myself gravitating towards a lot of women who had been in the same situation, including some of my most talented friends, and I really wondered why there wasn’t a show about young, brown mothers.”

Baby Mama’s Club follows four Māori and Pasifika women in Auckland as they search for their absent baby-daddy.

Since the pilot dropped in late-2016, the show has had hundreds of thousands of views and earned great reviews.

Yet getting it made wasn’t simple.

“Early, on there was a really powerful producer who told me the idea was bad and unoriginal and there were already lots of web series about young women out there,” recalls Hanelle.

“I remember being shattered and really hurt and thinking, I don’t care if there are 100 web series - none of them have brown women. Why can’t we have one?”

While trying to secure funding, she was leaked feedback from another producer who called the show’s characters boring and again doubted whether the show would succeed.

The roadblocks are there, she says.

“They’re there when the wrong people are in power.”

She wants to tell brown stories. She wants to see Māori and Pasifika women on screen who aren’t the same stereotypes from bad backgrounds - characters that follow the same tired narratives.

She wants to normalise and shift society’s perception of Māori and poly women. “Not every Māori woman on screen needs to be Beth Heke,” she says.

“I make series and movies for them, and for their sense of validation. They’re still for everyone to enjoy, but I create for my people.”

I FELL IN LOVE

When Kerry Warkia was young, she travelled from her home in Papua New Guinea to London with her mother.

They stayed for 10 days. Every night they went to the theatre.

“My mother noticed how much we enjoyed that first play on the first night and went out and booked tickets for a couple of musicals. We loved those and kept going back,” says Kerry.

She would later move to New Zealand to study performing arts. She fell into producing.

“It was a case of me picking up all the jobs no one wanted to do. That’s how most producers start,” she laughs.

Her first major project was Auckland Daze, a TVNZ on-demand series that showed the potential success of digital television.

Last year, she produced Waru, a lauded film about child abuse, made by female Māori directors. 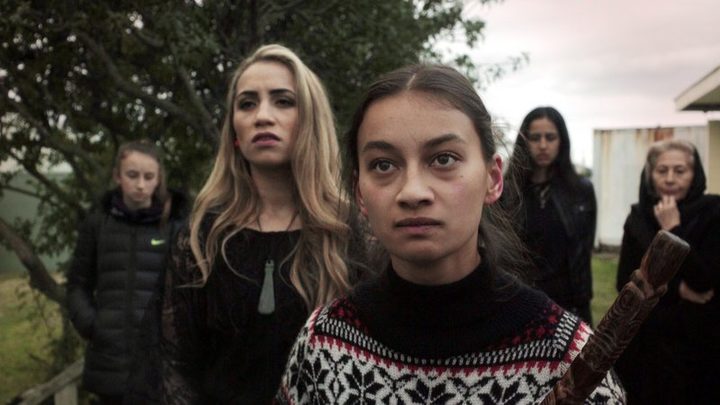 A still from "Waru." Photo: Supplied

The film reminded Kerry of her love for theatre.

“Theatre is real and confronting and you’re right there with the characters on their journey,” she says.

“Waru is similar to that - you’re with a character for 10 minutes of real time and you can’t escape.”

Next up is Vai, a film for Pasifika women Kerry describes as a spiritual successor to Waru. It’s still in the dreaded financing and development stage.

“Vai is a portmanteau film about the journey of empowerment through culture over the lifetime of one woman, told from the perspectives of eight different female Pacific Island writer/directors and filmed on eight different Pacific Islands, including Aotearoa/New Zealand,” its synopsis reads.

Kerry says: “When my partner and I (Kerry runs her production company, Brown Sugar Apple Grunt, with Kiel McNaughton) first started out, it was difficult to get anything made that wasn’t set in Auckland and told from the same perspective.”

“We wanted to say to under-represented storytellers - ‘here you go, you’ll be in charge and we will support you’.”

She believes more opportunities are coming.

“There’s now more will for cultural change and movement, and I’m talking for women, people of colour, immigrants and people of different abilities.”

Look to the box office, she says, where Black Panther, A Wrinkle in Time and Love, Simon have recently led.

The first two are made by black filmmakers with a racially diverse cast. The latter is a teen comedy with a gay lead and narrative.

“It isn’t just morally a good thing for our communities to see themselves represented, it’s making business sense too,” says Kerry.

Her company closely focuses on the South Pacific. For her, inspiration comes from wanting to relate to someone, or something.

“If we see areas of the Pacific where stories aren’t being told, we want to fill that gap.”

Growing up, Roseanne Liang felt like she had no choice but to relate to American and British movies.

“When all your heroes aren’t like you, you train yourself to see bits of yourself in them,” she says.

“So now, it’s my ambition to appeal to someone like me. I want to be able to tell that younger version of me, ‘this movie is for you, this is your voice and it’s a valid voice to have’.”

Roseanne almost followed a different path. After school, she was accepted into medical school.

“I was the child of immigrant parents who challenged me academically and instilled in me the idea that it wasn’t acceptable for me to do anything other than my absolute best - and that meant straight A’s.”

That also meant medical school and the biggest, safest income.

But things have changed since their generation.

“I grew up with other voices telling me it was OK to follow my passion,” says Roseanne.

“So I decided to pursue my best self. I love this, I thought, so I’m going to work my ass off for it.”

Her debut film, My Wedding and Other Secrets, became the highest grossing NZ feature in 2011. Her most recent comedy web series, Friday Night Bites, follows the lives of three young Asian Kiwi flatmates.

As her pushy American agent tells her to exude confidence, Roseanne says pangs of self-doubt can creep in.

“Life goes on and I’m a mother now and it’s difficult to juggle both lives - I beat myself up for being slow and not coming up with enough ideas,” she says.

“Orson Welles made Citizen Kane when he was 25. I’m approaching my forties and I still haven’t made my masterpiece.”

For all its praise, Baby Mama’s Club has been the subject of ignorant criticism, including for its lack of Pākehā characters, yet Hanelle says she wastes no time dwelling on it.

She’s developing a local feature that begins shooting next year. A second season of Baby Mama’s Club is coming, which will include a fa'afafine character in the main cast, plus a spin-off series from a young poly male perspective.

“At the beginning, I did care about criticism, but I eventually realised my purpose and my responsibility is bigger than feeling hurt,” she says.

“It’s easy to feel targeted and excluded on purpose, but ultimately, no good can come from being worn down by that.”

And for the producers and execs who stand in her way?

“I really don’t give a fuck about what the industry thinks of me. If I have to crowdfund to make my own stuff, then I will. I walk with hundreds of years of oppression on my shoulders, and that to me is 10 times more motivating.”

Like Hanelle, Roseanne and Kerry will keep creating. Breaking the mould.

Their voices are different to what you’ve heard.