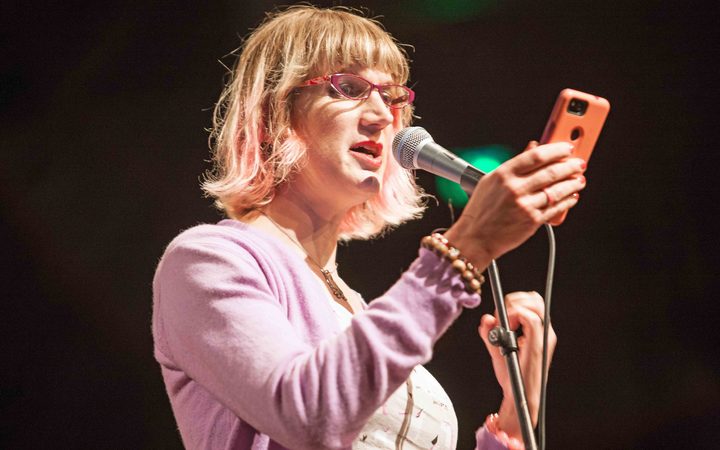 One of the raddest authors alive is in Wellington this week.

Charlie Jane Anders, who lives in San Francisco, wrote the sci-fi fantasy All the Birds in the Sky, which Time ranked 5th on its best novels of 2016 list. It also won the prestigious Nebula Award for Best Novel.

The book is about a witch and a geeky scientist who try to save a world that’s deteriorating due to super-storms, earthquakes and wars.

Anders is in town for the New Zealand Festival’s Writers & Readers programme and is making two appearances this weekend.

When we caught up with her, we thought we’d just ask her what her favourite stuff is. 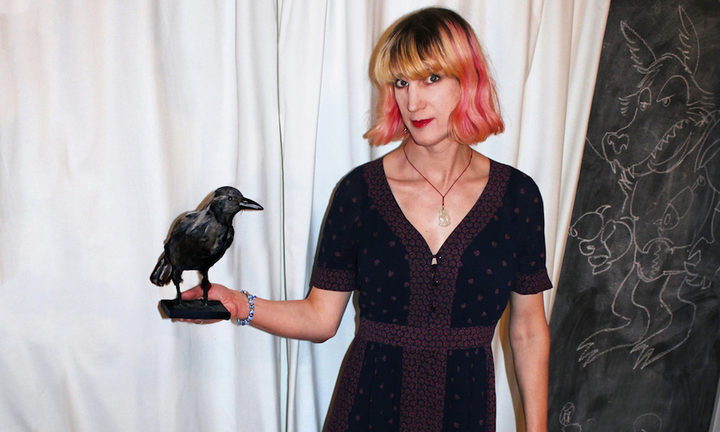 I would say my all-time favourite novel would be The Hitchhiker's Guide to the Galaxy by Douglas Adams or The Golden Notebook by Doris Lessing. There are a bunch of others that come close.

Hitchhiker’s I read when I was super young and impressionable and it’s this super funny, ridiculous, out-of-control science fiction adventure that just throws reality and plausibility completely out the window. It’s so witty and clever and it’s one the books that has inspired me the most.

In terms of The Golden Notebook, Doris Lessing was this masterful memoirist and fiction writer whose work is so honest. She’s an expert at observing people and catching all of their hypocrisies. But the book itself has a relentless introspection in a beautifully drawn world.

I mean, right now I’m pretty frickin high on “Black Panther.” It’s such a great film. The visuals are incredible and the look of this fictional African, futuristic city is just so gorgeous. It’s an inspiring movie and it made me so happy to see all of these strong black people, and women especially, be awesome on screen.

My all-time movie might be the original “Bedazzled” with Peter Cook and Dudley Moore, which is just about a guy who sells his soul to the devil and it’s totally silly and weird and hilarious.

Well, I’m a huge “Doctor Who” fan - I grew up on it and watched it as a little sprout and I’ve always been obsessed with it. But it keeps growing and changing and getting bigger and weirder and more exciting.

Are you psyched about the next doctor - Jodie Whittaker?

I absolutely am - so psyched. I hope the show’s as good as it ought to be. She is fantastic and I love her, so fingers crossed.

My favourite poets are Sylvia Plath, Walt Whitman, and my friend Daphne Gottlieb is an absolutely incredible poet, who I love. There are so many others.

Does poetry inspire your work?

I mean I love to read poetry. There’s a poet in San Fran right now called Tongo Eisen-Martin who you should look up on YouTube. When he reads his poetry it sounds like he’s just making it up as he goes along and it’s a powerful technique. He reads with such intensity, every phrase is just so beautiful. He’ll say things like:

"You can tell by the state of my car that not everybody who has driven with me is still alive."

...and he’ll just go on. He is so good. Stuff like that really does inspire me.

I love San Francisco, I’ve lived there for a long time and yet it still surprises me and has all of this weird stuff going on under the surface, even with all the gentrification. It just has this magic deeply ingrained inside it that I hope it gets to keep.

Do you have a favourite place to write in San Fran?

I’ll just sit in cafes. I’ll walk through Golden Gate Park and end up at a cafe and sit there writing for hours. I love doing that. But I do love Wellington. It’s such a lovely city and I’m so glad to be back here.

Oh, wow. Currently, I’m pretty obsessed with Monstress, by Marjorie Liu and Sana Takeda. It’s about this teenage girl who has psychic powers she shares with a monster. It’s a beautiful fantasy comic and has elements of revenge and is incredibly emotional. The world-building the authors do is really something.

I also love Squirrel Girl. It’s hilarious and fun and cute and awesome. She’s a Marvel superhero who can talk to squirrels. But Ms. Marvel might be my favourite.

Probably Prince’s “Parade” album. I love all of Prince’s stuff and feel like that’s one of his more underrated albums. It’s got “Kiss” on it, which is the song everyone knows, but it’s actually a beautiful, heavily-orchestrated album from beginning to end. It’s super intense and has this recurring theme of trying to find love before you die. It was the soundtrack to the movie “Under the Cherry Moon,” which I think only about three people have seen.

How does music relate to your writing?

Yeah, I listen to a lot of music while I write. Often I listen to Prince or other 70s/80s funk artists. I listen to George Clinton and Funkadelic, and sometimes I just go for something that’s a lot more low-key like The Mountain Goats. I like music that puts me in a certain mood and propels me forward. I get a lot of writing done while listening to music.

I really love Borderlands Books in San Francisco. It’s a science-fiction bookstore that looks completely gorgeous and has been there for 20 years. The staff have a deep love of the genre and are so friendly and nice.

Charlie Jane Anders will be discussing fantastical fiction at the New Zealand Festival Club at 10am on Saturday. She’ll also be there on Sunday at 1.15pm with authors Cory Doctorow and Intan Paramaditha.