Grace Jones and Beck turned up (albeit late) and delivered, but was the crowd spoilt with too much choice?

Performers at this year’s Auckland City Limits festival had to work hard to get a peep from a subdued audience. The festival, held at sprawling Western Springs Stadium had it nearly all right. A relatively modest price point (tickets started at $179.90) considering that your ACL entry is roughly equivalent to the cost of two tickets to see any one of the international acts if they were touring NZ solo.

The warm autumn day meant that punters could get comfortably through the day without being scorched. Food and drink options were plentiful and varied. Families were well catered for with performers and entertainment for the under-ager ragers. The all-day festival even sounded great on all five stages for the variety international and local acts that played. A special mention going to the sound crews who did a fantastic job across the whole event.

Aradhana graced the Tamaki stage mid-afternoon with her crystal clear vocals beautifully accompanied by the warm retro soul tones of her band. She even skanked up her radio-friendly single ‘Wake Up’. Watching Aaradhana play with her old material underlines her growing confidence and it will be exciting to see what new material/direction she takes from here.

The Golden Dawn stage hosted acts such as Disasteradio, Fabulous/Arabia and Heavy. During his high-energy early afternoon set, Disasteradio showed why he’s still welcome sight at any festival. 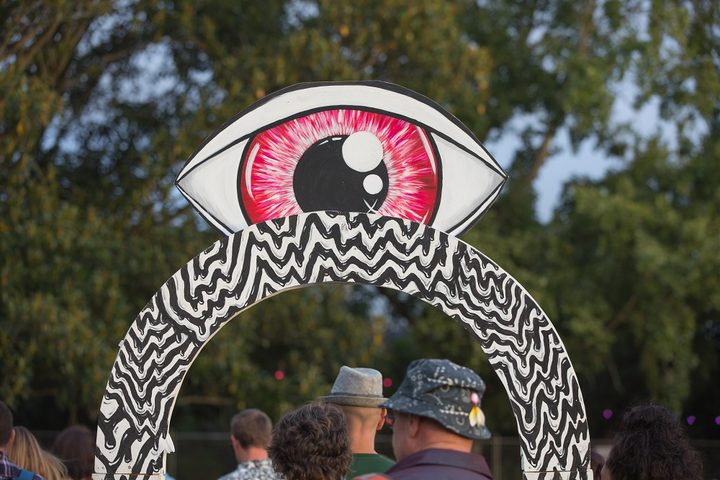 Fabulous/Arabia pushed the boat out with their eclectic covers of yacht rock favourites. The crowd were merrily swaying, particularly so during their rendition of Doobie Brothers’ ‘What a Fool Believes’.  Rather appropriately, this was taking place at the exact same time as Michael McDonald disciple, jazz bassist and fellow yacht rock enthusiast Thundercat was playing the Tamaki stage. Needing reassurance that he was still in New Zealand, Thundercat and his band of two noodled their way through the oddly-timed mid-afternoon slot.

Fabulous/Arabia and Thundercat’s conflicting stage times were one of the many schedule clashes festival goers had to contend with.  While there is always some level of opportunity cost to festival schedule, the Auckland City Limits schedule was one that was confoundingly “clashy”. A comment that was frequently overheard over the day, with one punter remarking that the timings must have been randomly sorted by a computer. Others wondered whether the acts were sorted by some loose genre categories, meaning that those who were into guitar rock bands would be able to programme their day with just that.

One performer who hit the right note was George Ezra. His early evening set was the first to draw a sizeable crowd, who were mostly young and female - their cheers could be heard through his mic. When Ezra played his hit ‘Budapest’, the singalong was loud and clear. 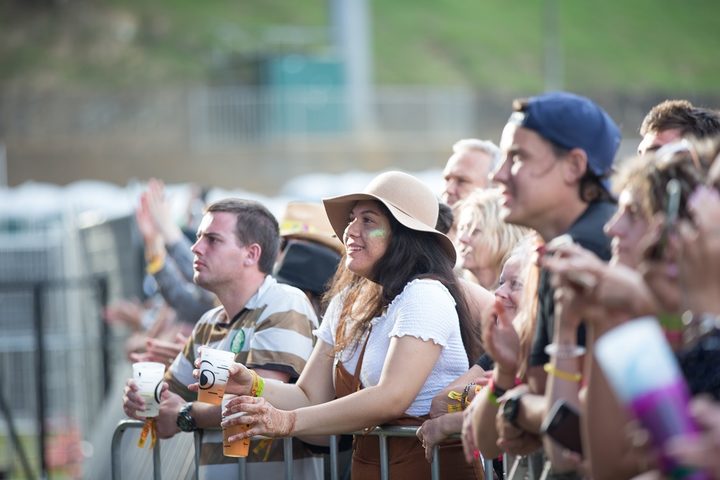 Interestingly Ezra’s set transitioned nicely into The D4 who had also amassed quite a loyal and sizable crowd. Often in the multi-stage festival environment the crowd energy and stage vibe dips considerably between adjacent stage changes, but over the whole day at Auckland City Limits, bands seamlessly finished as others hit their opening chords, creating a really pleasant festival experience - until the end of Grace Jones’ set, when Peking Duk fan and ‘your friend’ former All Black Dan Carter beamed onto the neighbouring stage with a pre-recorded video introduction.

Pete Doherty and The Libertines gave the straight down the middle rock and rollers what they wanted. Their presence best summed up here:

Atlanta rapper Future attracted a young and vocal crowd. Though it became obvious at this time that there should have been more of the trap music maker’s fans in attendance. Future and his dancers worked the crowd, though when he didn't even sing the chorus to his quadruple platinum hit ‘Mask Off’ it set the tone for a night where performers were fighting a losing battling against the attention of other performers' slots. In Future's case, it was Grace Jones. 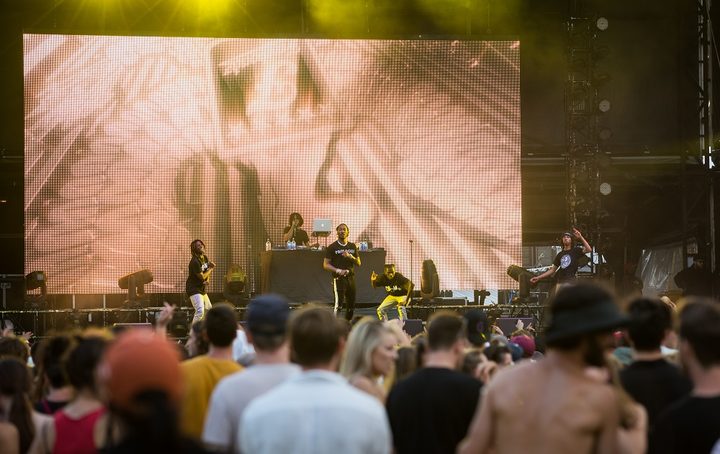 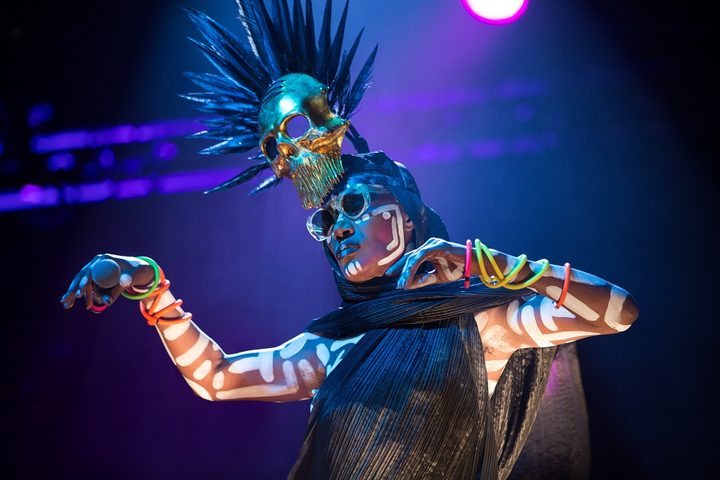 Over on the Spark stages, Justice impressed a half-full Western Springs arena with their lightshow and French electro beats before Beck took to the stage.

Beck promised a night of greatest hits, opening with a toned-down version of Devil’s Haircut. The singer and his band worked hard through their 90 minute set, which was quite notably affected 30 minutes in, when Phoenix’s set began elsewhere at the festival. The sandy-haired Scientologist quipped several times throughout his show saying hello to the French band, pausing his performance and instructing his audience to turn and listen to Phoenix. In a final act of defiance - or defeat - Beck and his band starting live jamming to the small wafts of Phoenix drifting across the venue. This led to one of the most thrilling and daring spectacles I have ever witnessed during a festival headline act, where Beck introduced his band with an extended sample of covers that included Talking Heads, Phil Collins, Beatles and Rolling Stones, and patron saint of the festival Michael McDonald (a second outing for 'What a Fool Believes'). At times Beck would freestyle over songs with raps about his band. And still the crowd were not really playing ball.

Even during his breakthrough slacker-pop track ‘Loser’, Beck had to work his fans into singing the famous chorus “I’m a loser baby/so why don’t you kill me”. During his set closer, ‘Where It’s At’, his small crowd of fans were tepid at best. In a final act Beck even took his shirt off, to reveal a tee shirt underneath but could barely eek a murmur from the crowd who has last seen him play in New Zealand twenty years ago.

When Auckland City Limits can attract internationals of this calibre, in a central location, at modest price point you have to wonder what more can an event do to appeal to an audience?

I fear that if music lovers don’t show for festivals like this we may be limiting our sights.