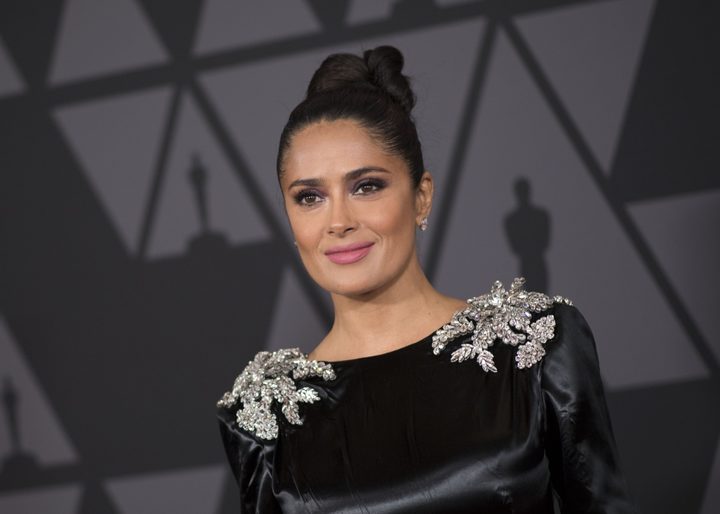 Harvey Weinstein Is My Monster Too, by Salma Hayek, The New York Times

“I did not care about the money; I was so excited to work with him and that company. In my naïveté, I thought my dream had come true. He had validated the last 14 years of my life. He had taken a chance on me — a nobody. He had said yes. Little did I know it would become my turn to say no. No to opening the door to him at all hours of the night, hotel after hotel, location after location, where he would show up unexpectedly, including one location where I was doing a movie he wasn’t even involved with. No to me taking a shower with him. No to letting him watch me take a shower. No to letting him give me a massage. No to letting a naked friend of his give me a massage. No to letting him give me oral sex. No to my getting naked with another woman. No, no, no, no, no … And with every refusal came Harvey’s Machiavellian rage.”

This Moment Isn’t (Just) About Sex. It’s Really About Work, by Rebecca Traister, The Cut

“What makes women vulnerable is not their carnal violability, but rather the way that their worth has been understood as fundamentally erotic, ornamental; that they have not been taken seriously as equals; that they have been treated as some ancillary reward that comes with the kinds of power men are taught to reach for and are valued for achieving. How to make clear that the trauma of the smaller trespasses — the boob grabs and unwanted kisses or come-ons from bosses — is not necessarily even about the sexualized act in question; so many of us learned to maneuver around hands-y men without sustaining lasting emotional damage when we were 14. Rather, it’s about the cruel reminder that these are still the terms on which we are valued, by our colleagues, our bosses, sometimes our competitors, the men we tricked ourselves into thinking might see us as smart, formidable colleagues or rivals, not as the kinds of objects they can just grab and grope and degrade without consequence.”

Conservative Evangelicals Have Shown Me Who They Really Are, by Tomi Obaro, Buzzfeed

“My beliefs were rigid, dogmatic, and fervent — until they weren’t. Gradually, I drifted away from such conservative orthodoxy, frustrated by the lack of reckoning with racial injustice and the impossible compromises asked of everyone who wasn’t a straight white man. But having once ascribed to such a stringent, inflexible worldview has left its residue. It means that I’m struggling, now, to understand how key leaders of a faith tradition I once identified with so strongly appear to have abandoned all their principles in pursuit of naked political gain.”

We need to talk about drugging, by Ruth Saxelby, The Fader

“Two days later, still in shock, Esta went to the hospital to get checked out. The staff asked her if she had taken anything: “I couldn’t answer — I didn’t know.” She broke down and was taken to see a counselor who she talked with for several hours. “They really pushed me to make a complaint against him,” she said. “But as a woman in music who has a good career and a good reputation, I don't want to be the person who sued a guy for sexual assault. I want to be defined by what I do professionally, not something that happened to me.”’

Are Private Schools Immoral?, by Dianna Douglas, The Atlantic

‘“If one were to believe that having people who are different from you makes you smarter, that you engage in a higher level of thinking, that you solve problems better, there are higher-level ways that integration is good for white folks,” Jones says. For black children, the benefits of attending an integrated school are much more drastic. “It’s literally, will you receive a quality education or not? Will you be a full citizen in the country of your birth?” In a hyper-competitive economy where test scores and college admissions and lifetimes earnings are all linked, Hannah-Jones has seen that the soft benefits of integration, like empathy or compassion, are low on a family’s priority list. “Most white people are willing to trade that,” she has found.”

“The selective rhetorical elevation of black women acts as a sort of overcorrection. For better and for worse, the gospel of individualism remains the bedrock of American identity. And yet the creed does not apply to black women, who are regarded not as varied, self-interested political actors, or as people to be served or scrutinized in meaningful ways, if they are regarded at all. Instead, the black female voter is thought to make decisions, with infinite patience and piety, in response to the strident acts of self-determination around her. Hers is a reactionary, not a visionary, politics, a righting of the ship of state.”