What a time to have been alive. 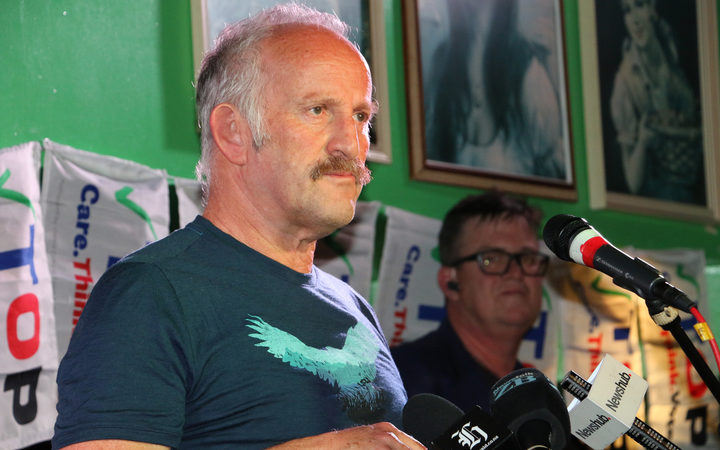 Chief provocateur of this year’s election, Gareth Morgan, has announced he will resign as leader of The Opportunities Party.

But Morgan says he will remain with the party in some sort of leadership role and help guide it into the next general election.

The party secured 2.4 percent of the total vote in September, comfortably short of the 5 percent threshold needed to gain a seat in parliament.

Morgan this morning told RNZ’s Morning Report he never really wanted to get into parliament, and for him, forming the party was about provoking a debate about policy.

“We only had 10 months in this last election. This time we’ll have three years to do it properly,” he said.

Morgan said a decision about the party’s leadership will be made late next year. He said members of the party met last week and between six and 10 people indicated they wanted to remain in some role.

He indicated he would remain engaged in politics and a public figure.

“I can spend the next two years just chipping away at the decisions made and we can spend a lot more time going out and engaging with New Zealanders,” he said.

“The reality is we didn’t engage with a lot of New Zealanders in the past few months.”

He said TOP’s deputy leader, Geoff Simmons, had also resigned but hinted there was a strong possibility he could return and contest the party’s leadership. In the meantime, Simmons is going on a long holiday.

TOP was surrounded by controversy this year, most of which was provoked by Morgan and the party’s public spokesperson, ex-broadcaster Sean Plunket.

Most famously, during the election campaign, Morgan likened the hype for Labour leader and now-PM Jacinda Ardern to putting “lipstick on a pig”. Morgan and Plunket also became known for their Twitter tirades and insults on social media.

Since the election, Morgan has, in an email, told a party member to resign describing her as a “pain in the arse” and ranted about the dangers of cats immediately after the death of Ardern’s cat.

He told Morning Report he was “pretty direct” and didn’t easily tolerate “fools”.

“In my view, on any subject, there’s an opinion and an informed opinion and the two are not the same thing. When there’s an issue I don’t know anything about, I shut-up,” he said.

On Plunket’s similar combativeness, Morgan said “he was great for us”. He added Plunket would not be considered for the party’s leadership.

Morgan again referenced charm as a significant reason for Ardern and Labour’s leap in popularity. He added that NZ First leader and Deputy Prime Minister, Winston Peters, may prove a thorn in the Government’s side.

“Isn’t that amazing that Winston can get to that position and determine Government? But we all know Winston’s a different animal once he’s in and got a job.”

One of TOP’s flagship policies was a promise of an unconditional basic income for anyone between 18-23 - essentially, a no strings attached $200 per week.

Subsequent voting statistics show the majority of TOP voters were young people, with its strongest demographic being the 20-29 age bracket.