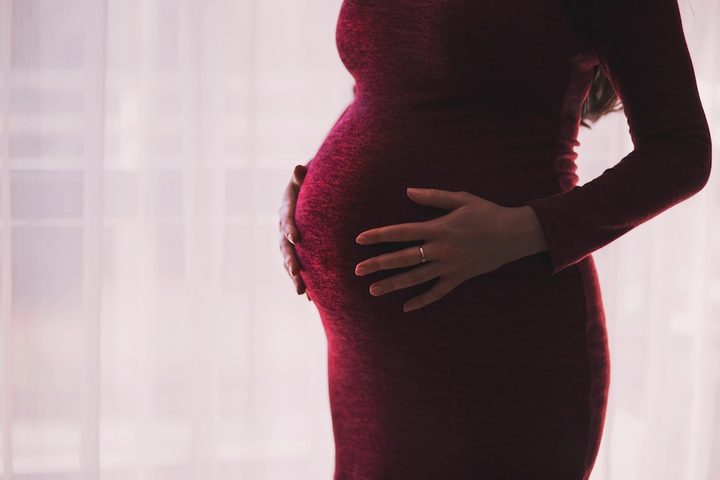 Kate* is having trouble coming to terms with the fact that, at 32 weeks pregnant, she is about to become a mother. Photo: freestocks.org/Unsplash

A woman who was denied an abortion by staff at an Auckland hospital is sceptical that policy changes will ensure no one else experiences what she did.

The Waitematā District Health Board has initiated an overhaul of its policy and practices after two women spoke out about being denied abortions through North Shore Hospital.

Changes include no longer texting "sensitive information" or clinical advice to women, reviewing abortion policy to ensure it is consistent with the law, aligning policy with the Auckland and Counties Manukau DHBs and increasing the number certifying consultants - doctors on staff who can approve terminations.

But Kate*, who contemplated suicide or self-harm after being denied an abortion through the hospital in September, worries changes will be nothing but semantics, and practices at the DHB will remain the same.

Earlier this year, the day after the 28-year-old was referred to the hospital by her GP, she received a phone call and a text message from a social worker saying the DHB was "unable to assist you with your request". She was told to look into going to Australia for a termination, at her own cost.

Kate made a formal complaint to the DHB and the Health and Disability Commissioner.

Following this, a second woman, Erica*, spoke out about being unable to access the same procedure through the Waitematā DHB, saying she also contemplated self-harm.

In October, the 22-year-old told the Herald that a DHB representative called her after a referral from her GP. Erica said she was told that no one in New Zealand would perform a termination "as I was so far along".

The Waitematā DHB has since announced it is updating its policy.

In a November letter viewed by The Wireless, WDHB chief medical officer Andrew Brant told the Health and Disability Commissioner "both [Kate's] experience and that of Erica's has resulted in policy improvement which is currently underway".

The updated policy is yet to be finalised, but in the interim all women requesting a second trimester termination will be seen by a clinician, rather than communicating with a social worker via phone or text message.

Emails obtained under the Official Information Act show discussions surrounding the changes among WDHB staff, with one writing: "As we scratch the surface we seem to find more questions than answers."

An "improvement plan" shows Waitematā DHB set up a working group last month, which includes staff from midwifery, gynaecology, and its social work team. The group will review existing policy and develop a "pathway" to improve the experience of women seeking terminations.

The DHB's current policy says surgical terminations will not be performed from 18 weeks, despite the law. The policy says women requesting a termination may wish to go to Australia for the procedure at their own cost.

It also states that women with mental health issues or fetal abnormalities could be offered a medical termination (by taking medicine to induce early labour).

New Zealand law states that an abortion can be performed up to 20 weeks under specific circumstances - including a risk to maternal mental health and fetal abnormality - when approved by two certifying consultants.

Both Kate and Erica were in their second trimester and more than 18 weeks pregnant, and both had been drinking heavily before learning they were pregnant.

They both said a medical termination was never presented as an option to them by Waitematā DHB, and neither spoke to or saw a certifying consultant.

In contrast, Auckland DHB policy stipulates that women with a gestation of more than 12.6 weeks must see a nurse, a counsellor and a certifying consultant before a decision on the legality of the termination is decided.

Kate says she is having trouble coming to terms with the fact that, at 32 weeks pregnant, she is about to become a mother.

"Sometimes I still feel really depressed about this - my life has changed based on someone else's decision. I guess I feel very wronged," she said.

Other emails released under the Official Information Act show that on October 5, two weeks after Kate's story ran on The Wireless, Waitematā DHB received a strongly-worded email from the Abortion Supervisory Committee, which is legislated under the Contraception, Sterilisation and Abortion Act to regulate abortions in New Zealand.

The email requested a copy of Waitematā DHB policy on abortion services, "particularly on any limitations on gestations of pregnancies and processes for abortion certification".

"North Shore Hospital currently holds a full abortion licence, which is due to expire on 20 March 2018 ... No policies or guidelines have been provided to the ASC on the services provided. Copies of these documents would be helpful."

While Kate and Erica had their cases denied, 22 medical terminations were performed at between 18 and 31 weeks' gestation by the Waitematā DHB between January and October this year.

And despite the DHB's current policy, between January 2015 and October this year, 15 surgical terminations have been performed at 18 weeks' gestation.

A Waitematā DHB spokesman said women who had surgical terminations of pregnancy at 18 weeks' gestation were accepted for care "on the basis that they were estimated to be around one day past 18 weeks".

"As it is often difficult to pinpoint the precise date of conception, the certified consultants whom the DHB contracts to were agreeable to accepting these women for treatment."