Recovering from the Kaikōura earthquake. 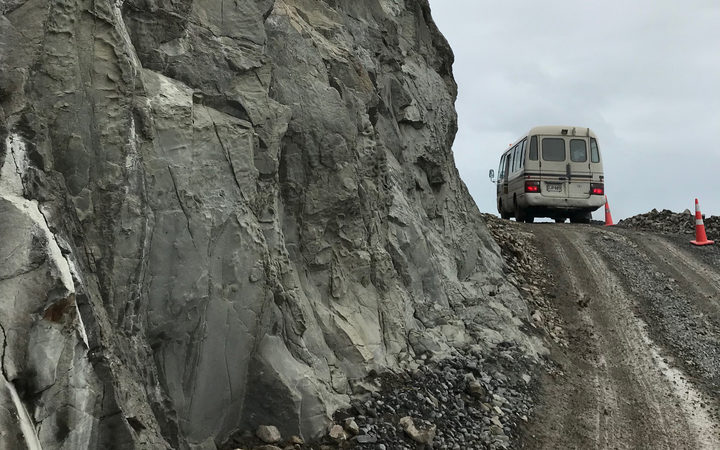 Recently, we began collecting photos of home. We had the idea of making one of those printed book albums, like the ones people sometimes make after a holiday. We’d seen them at a friends place (titled things like Summer 2015, or Emma’s Wedding) and it seemed like a perfect idea – we could call it Clarence Valley, or Clarence Times, or some other name that could reflect that whole season in our lives; years spent sitting round the table, hopping our bare feet along the gravel driveway.

In the year since the November earthquake, I’d been back to the house only once. We’d driven up with a removal furniture truck, in a convoy of family members. This was about two months afterwards, the road between Kaikōura and Blenheim still in immediate devastation. Our house was inconveniently about halfway along it, 30 minutes out of Kaikōura and then 15 minutes off the highway, tucked away in the hills of Clarence Valley. We drove in from Christchurch, a three-hour journey turned into 10 along the West Coast, dropping into Blenheim and then to Clarence, the last accessible point before the road closed.

I drove with my brother Matt for the last section, the two of us bouncing along the crooked highway, unusually high in the unfamiliar furniture removal truck. We fell silent as the coast came into view, the seabed risen and burnt like a salty cake. In parts it seemed barely different, like a subtle haircut on a friend; not the same, clearly, but we could no longer remember how it had looked before. Then, in other places, the damage would cry out as we drove past; a shocking flash of white bone in a wound, bright and wrong. The railway line along the coast had been tossed away at strange angles, scars striping the hills where the land had slipped away.

We had to leave the truck at the bottom of the valley. It was technically possible to access our house, just not by the usual road. Instead, we could navigate a small, backcountry farm track, winding precariously up the valley and through a river – only manageable in good weather. This was now our only route home, the vast bridge that had previously carried us over the fast-moving river completely destroyed. 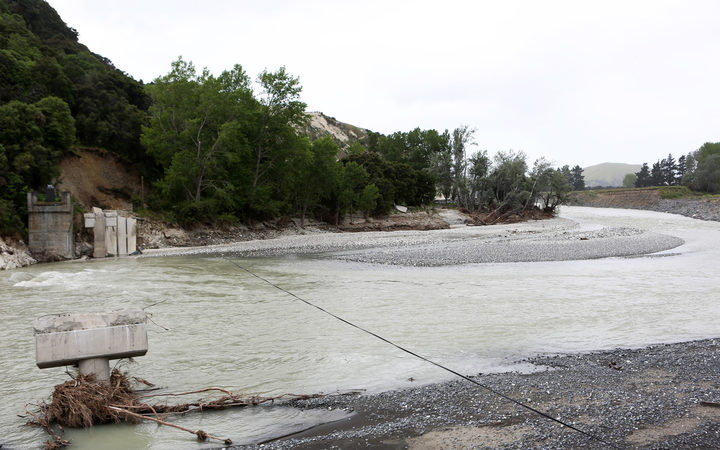 The view over the upper Clarence River, two months after the earthquake. Photo: Supplied

Although it already felt like a long time had passed since our initial evacuation, it was clear we wouldn’t be going home for a while. It was tempting to stop and marvel at the land, now rumpled in places like a heavy blanket. But we pressed forward, a one-day-only mission to collect as much of our furniture as we could.

While my brothers began one of many trips up and down the farm track with tractor and trailer, I asked my parents if they could drive me up to the river. It was such a significant place for us, the scene of so many precious family moments. Although I’d been shown photos of it post-quake, I still wanted to see the changes for myself.

We stood at its raw edge in silence. The fast-moving, clear blue water had vanished, replaced by a murky pool; swollen and stagnant. On the other side I could see the remnants of the destroyed bridge, its metal barriers curling down into the water like shining metallic branches.

One of the local farmers had moored a rowboat below us, and in a strange and eerie scene we climbed into it, rowing quietly across the water. We stared at each other, stunned at the scope and permanence of the damage; the complete and irretrievable loss.

Despite the ruined bridge and devastated land, the valley in general was still breathtakingly beautiful. It was as though our little home had pulled out all the stops for us; a last-ditch attempt at enticing us back. Against the vividness of the hills the sky was cloudless, infinite.

As we walked up our driveway – uncollected walnuts crunching underfoot – I remembered the last party we’d had, for my brother’s birthday; friends dotted over the lawn, sitting cross-legged in the grass with paper plates and cups of wine, cheeks pink from sun and laughing. 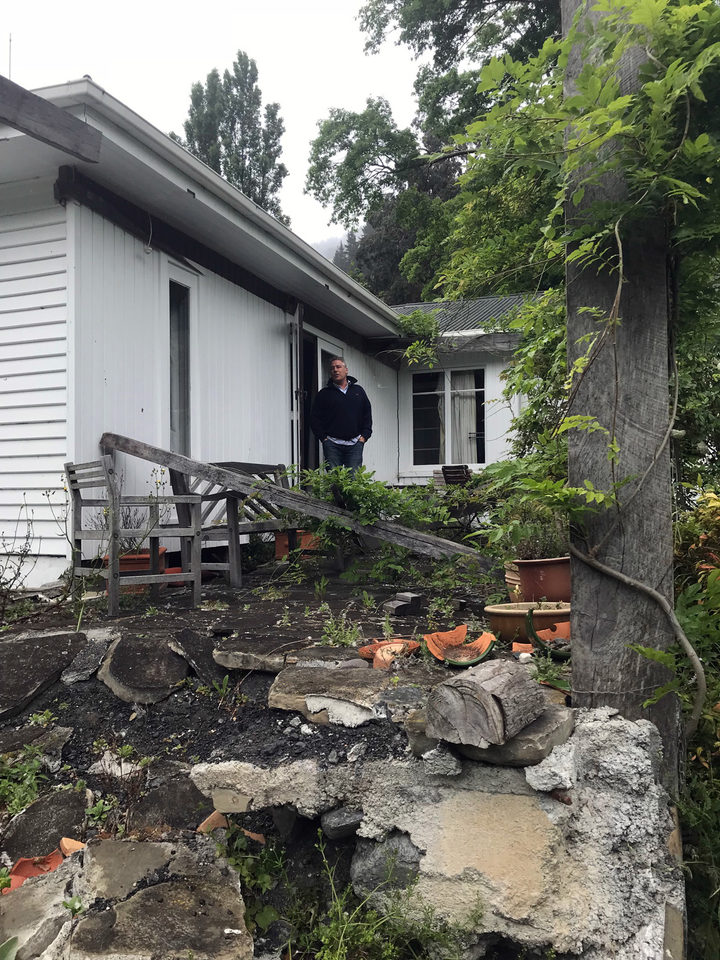 Return to the house in Clarence. Photo: Supplied

We got our furniture out that day – as much as we could get, about 20 trips worth from house to truck, everything we could fit inside. We walked from room to room, our hands tracing holes in the walls, gaps where frames had fallen and cracked. The house seemed forlorn; hurt even, in its forced abandonment, the pot plants still smashed in the garden, leaves inside from where they had blown through broken windows.

We were too busy to pause and reflect – we had too much stuff to get, duvets and passports and as many clothes as we could stuff into our suitcases. When we drove out that day, exhausted and a little sunburned, we tried not to talk about all the things we’d left behind.

Now it’s been a year. Back in town, cracks of a whole other nature have begun to appear – the mood is unsettled, different. The repair of the highway has been huge. There’s been an influx of 2000 road workers, which in a town of 4500 has an unavoidable impact.

The ripple effects of this dramatic population increase are starting to be felt; rent prices skyrocketing, resulting in significant new income for some, and further displacement for others – families turfed out, unable to compete. As people start to get payouts from their damaged homes, gaps are opening up. Some businesses had adequate insurance; some didn’t. In the long term aftermath, some struggle while others flourish. It’s no one’s fault, but it’s hard not to feel on edge – conversations revolving around who’s getting what; who will make it out fine and who will suffer.

People ask me all the time about Kaikōura, and I am overwhelmed by a strange mix of protectiveness and desire to emphasise the magnitude of our loss. How to explain how simultaneously proud and sad I feel?

As winter turned to spring, I went home to visit my parents. The movie theatre was still shut, sure, and so was the public swimming pool. There were fewer tourists, and less of a bustling vibe, streets quiet, the bars full of road workers letting off steam. But the mountains were still capped with snow, sloping down into a rugged, rocky coastline, early morning surfers curving along the green-grey waves.

I sat on an empty beach with Mum as the sun set, Dad casting his fishing line out into the sea. We marvelled at the surreal beauty of it – the mad, pure luck we had to call this place our hometown. 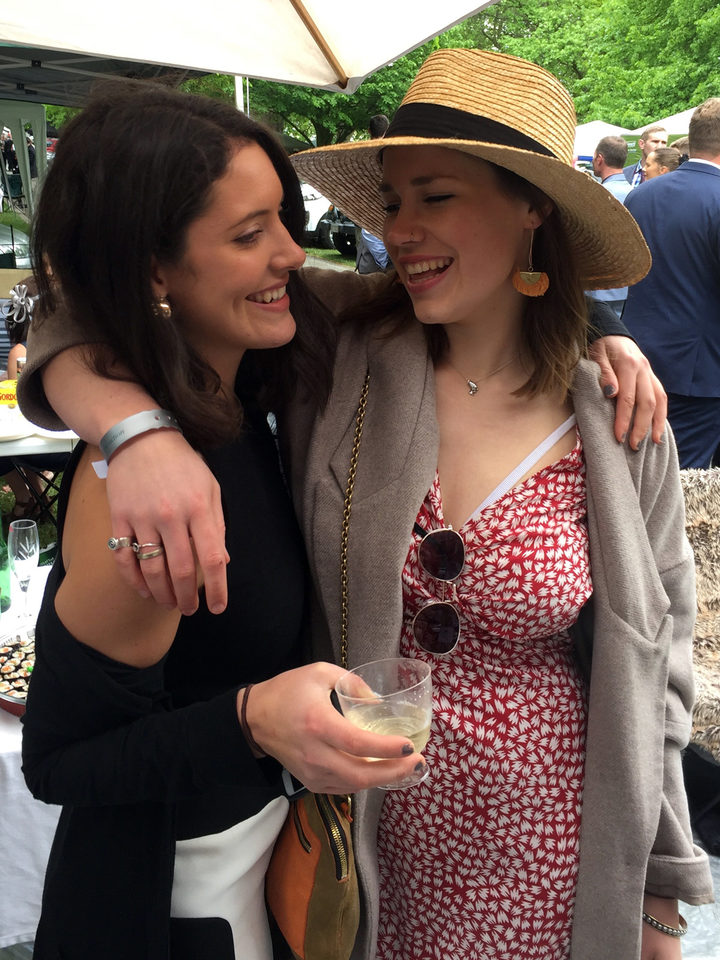 With cousin Hebe at the races in Christchurch the day before the quake. Photo: Supplied

As we flick back through the photos, selecting favourites for our Clarence book, we suddenly arrive back

to a photo from the day before the earthquake. It’s my cousin Hebe and I at the races in Christchurch, leaning into each other and laughing. We’d dressed up that morning, moaned about the grey weather, shared a bottle of bubbly with my friends.

It’s hard not to shiver at the two of us, so unsuspecting, no idea how dramatically we were about be thrown off course. The following night Hebe would wake in Clarence, our things crashing down around her, the walls rolling. She would be stuck there for two days, the very beginning of a time that would now always be described as "afterwards".