Not all New Zealand's rivers are poison, egg! 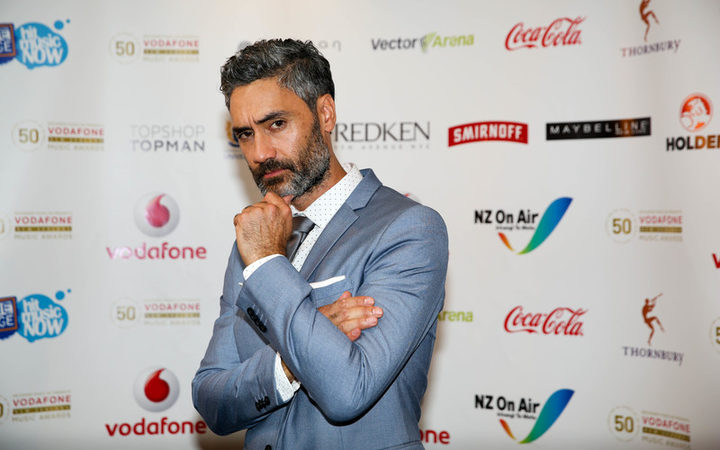 Garner was talking about comments Waititi made in an interview with TVNZ’s Marae, which aired on Sunday.

Here’s what Waititi told Marae: “I’m not very proud of coming from a place that everyone overseas thinks is this beautiful clean, green country, whereas in reality all our lakes and waterways are poisoned. We’ve got a lot to learn about looking after the environment and we’ve got a lot to learn about our depression rates and our suicide rates and our teen suicide rates, child poverty numbers and the housing crisis... and the way that we make it so readily available… for foreigners to buy land…”

Here’s a smorgasbord of commentary from Garner and co-presenter Amanda Gillies on Waititi’s treasonousness on The AM Show:

Garner: “I’ve got a problem with it. Because you have to be accurate as well… I think he’s thrown New Zealand under the bus…”

Gillies: “Every country has it, it doesn’t make it right, but he’s in a position of privilege and power, our tourism is so important…”

Garner: “I’m proud. I’m proud of our country and i get more proud when I go overseas. And when I land, I still get goosebumps when I come back to New Zealand after being away for a long time. I love this place and I would never say I’m not proud of it… he was New Zealander of the year, this year, 2017, so he’s an ambassador for New Zealand now and he goes overseas so much, he lives there a lot, right? You cannot be this treasonous about your own country. You can’t say you’re not proud to be a New Zealander if you’re the New Zealander of the year.”

And here are some fun facts about Waititi:

*He’s New Zealander of the year, this year, 2017 (thank you Duncan).
*He used his profile to lead an ad campaign against racism earlier this year.
*He gave our national carrier Air NZ a shout out in the Marae interview!
*He just finished directing a big budget Hollywood film that you may have heard of called Thor: Ragnarok, which will probably make bizillions of cash and make everyone who watches it love New Zealand even more than they already do.
*In the movie, he plays a superhero with a Māori accent.
*He brought the use of “egg” as an insult back into common parlance. (Don't @ me).
*He got nominated for an academy award for his 2003 short film Two Cars, One Night which is about kids waiting in the car after dark while their parents are at the pub getting drunk.
*He’s writing and directing a pilot for a TV series version of What We Do In The Shadows in the us with Laureate Award winning actor and comedian Jemaine Clement.

I met @TaikaWaititi once. As we planted a kowhai tree together, not stirring the nesting Kakapo, we sang our National Anthem & softly wept.