This is everyone’s problem.

A tide of condemnation from some of Hollywood’s biggest names is washing over movie mogul Harvey Weinstein.

Three women have now accused the film executive of rape, and more actors have joined a growing list of people alleging sexual harassment.

In 1979, Weinstein founded film distribution company Miramax with his brother Bob and subsequently became one of the movie industry’s most powerful players. He has developed a reputation for being an intimidating, ill-tempered nightmare to work with.

In 1995, he left Miramax to found The Weinstein Company, from which he was fired yesterday.

In last week’s New York Times exposé, Weinstein was reported to have paid out at least eight settlements to women, following allegations of sexual harassment and unwanted physical contact.

The story reports that two decades ago, Weinstein invited young actress Ashley Judd to his hotel room, where he appeared in a bathrobe and asked if he could give her a massage or she could watch him shower.

I just sort of gave up.

“I am a 28-year-old woman trying to make a living and a career. Harvey Weinstein is a 64-year-old, world famous man and this is his company. The balance of power is me: 0, Harvey Weinstein: 10,” another woman told the US newspaper.

Weinstein last week said in a statement that “he denies many of the accusations as patently false”.

He apologised for “the way I’ve behaved with colleagues in the past”, but also defended some of his behaviour: “I came of age in the 60s and 70s, when all the rules about behavior and workplaces were different. That was the culture then.”

One woman, who was an aspiring actress at the time, said: “I tried to get away, but maybe I didn’t try hard enough. I didn’t want to kick him or fight him …I just sort of gave up. That’s the most horrible part of it, and that’s why he’s been able to do this for so long to so many women: people give up, and then they feel like it’s their fault.”

A spokeswoman for Weinstein told The New Yorker: "Any allegations of non-consensual sex are unequivocally denied by Mr Weinstein. Mr Weinstein has further confirmed that there were never any acts of retaliation against any women for refusing his advances.

“Mr Weinstein believes that all of these relationships were consensual. Mr Weinstein has begun counselling, has listened to the community and is pursuing a better path.”

Employees told The New Yorker a culture of complicity existed at Weinstein’s companies and that numerous people were fully aware of his behavior, but either abetted it or looked the other way.

A secret audio recording of Weinstein obtained by The New Yorker included him admitting to groping a woman.

This morning, The New York Times reported Weinstein once placed his hands on a 22-year-old Gwyneth Paltrow and invited her to his hotel room for massages.

She refused his advances and confided in Brad Pitt, her boyfriend at the time. Pitt confronted Weinstein at a movie premiere and told him never to touch her again. Soon after, the producer warned her not to speak out. “I thought he was going to fire me,” Paltrow said.

The condemnation of Weinstein has been widespread. Meryl Streep, Dame Judi Dench and Colin Firth are among those who have publicly denounced the executive. Others, including Brie Larson and Lena Dunham, have released statements supporting victims of sexual harassment and assault.

Yet, if this behaviour had been going on for decades, why has it only come to light now?

In 2003, comedian Seth MacFarlane joked, while announcing Oscar nominations: “Congratulations, you five ladies no longer have to pretend to be attracted to Harvey Weinstein.”

Tina Fey once wrote the joke for Jane Krakowski's character on the TV show, “30 Rock”: “I'm not afraid of anyone in show business. I turned down intercourse with Harvey Weinstein on no less than 3 occasions ... out of 5.”

Actress Rose McGowan told The New York Times many haven’t spoken out until now “because they are weak and scared”. Asia Argento told The New Yorker she did not speak out because she feared he would “crush” her.

Actress Amber Tamblyn tweeted: “Women. Have. Nothing. To. Gain. And. Everything. To Lose.”

This statement is aimed at those who want to blame victims and question their motives. Coming forward is a hell NO woman looks forward to. https://t.co/d7qY2EkbsZ

The Weinstein Company may have fired one of its founders, but if the allegations are true, many at the company, and at others Weinstein has worked for, have known and acted as bystanders.

Director of the Child and Women Abuse Studies Unit at London Metropolitan University, Liz Kelly, told The Telegraph: “I feel really uncomfortable hearing some of the statements [saying], ‘If only women had spoken out about this earlier, they might have stopped it.’

“Women did speak about it. [Weinstein] used his position of authority to mute their voices. It is unrealistic and inaccurate to expect this to be stopped by the people it’s happening to.”

The case is one of countless examples of positions of power within entertainment industries being abused.

In 2014, Australian entertainer Rolf Harris was found guilty of 12 counts of indecent assault, including assaulting an eight-year-old girl who asked for his autograph. The year before, a joint report by the National Society for the Prevention of Cruelty to Children and Metropolitan Police found 450 people aged between eight and 47 had made complaints against English TV personality, Jimmy Savile.

“He is right at the top of the Hollywood elite, with enormous decision making power and endless funds to spend on lawyers … people might be afraid that they will lose their jobs or be prevented from finding other work, as the influence goes far and wide,” she said.

McNamara said the biggest barrier for many wanting to speak out is the fear of an investigative process. “They fear having to relive what happened in detail. This opens them up to more abuse and re-traumatisation as they have to repeat their story over and over again.” 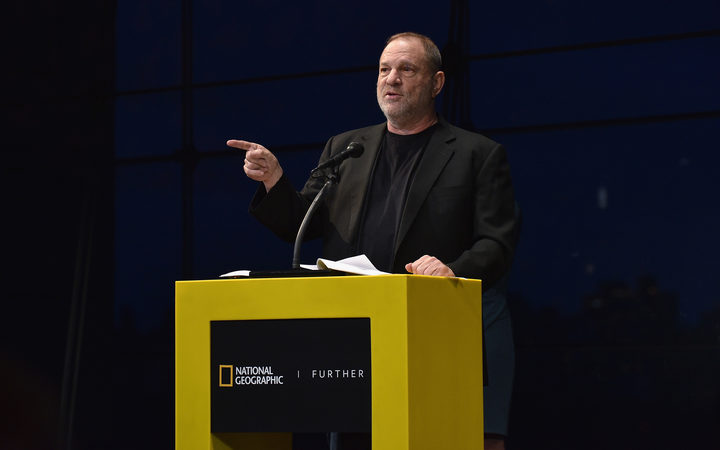 Georgia Choveaux is a member of the Council of Trade Unions’ Women Council and works at the NZ Nurses Organisation. She said sexual harassment in a wide variety of workplaces is vastly underreported.

“Power and privilege can protect perpetrators so victims of harassment fear negative consequences … I don’t think many workplaces do well enough in promoting trust and an open culture where issues are addressed and taken seriously and the victim won’t be the one being investigated,” she said.

Choveaux said bystanders have as much, if not more responsibility, to report harassment.

“The burden of reporting falls on those who are victims, and that’s not how you create a culture where this doesn’t exist. This is able to flourish for decades because those who have seen it haven’t said anything.”

McNamara agreed: “By saying nothing, you are passively allowing the behaviour to continue. Even one comment pointing out that something is not OK can make a huge difference - it can validate the feelings of the person who has experienced the abuse and signal to them that they are not alone.”

She said sexual abuse is often motivated by power and control.

“It is the product of a culture in which this behaviour is normalised and in which gender roles and stereotypes reinforce that men should be powerful and in charge and women should be passive - in sexual encounters, in the workplace and in relationships,” she said.

Choveaux said sexual harassment is often treated as a running joke in many workplaces.

“Every time one of these types of jokes is made, the message that comes across is that this is not taken seriously or treated as an organisational problem - that has a chilling effect on anyone wanting to speak out.”

She said it’s vital for victims to know that there is a legislative obligation under both the Employment Relations Act and the Human Rights Act for employers to create safe environments and treat complaints seriously.

The Human Rights Commission’s advice on harassment in the workplace can be found here.