After seven years, the Ponsonby Road pop-up is set to close. 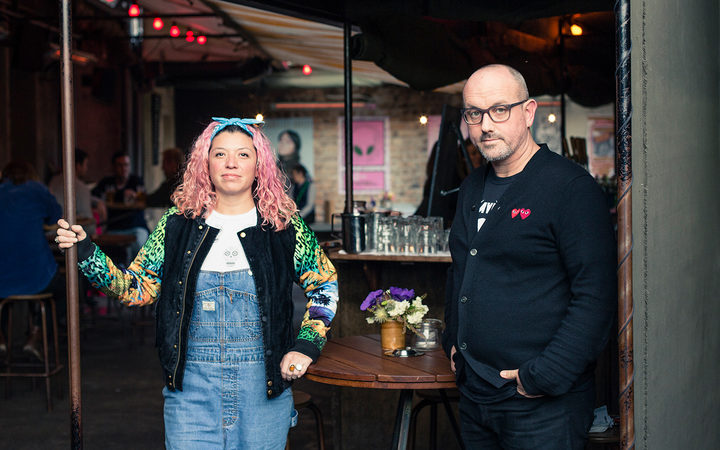 For years I have seen and heard people from Wellington lamenting the loss of some bar called Mighty Mighty, to which I never went, and wondered what the big fuss was about. Well, yesterday I found out, when Ponsonby bar Golden Dawn announced that it will be closing for good in March next year and I realised what the loss of an actually good gig, bar, venue and food establishment would mean.

Originally intended as a pop-up with a life-span of three months, Golden Dawn has spent the last seven years on the corner of Richmond and Ponsonby Roads with co-founder Matthew Crawley there more often than not, ready to convene with the punters, have a chat and keep everything trucking.

It’s got six months left before closing and regulars (ahem) are heartbroken: Golden Dawn has the best atmosphere, bar staff, bouncers, Welsh Rarebit, and buzz of anywhere in this bloody town and I honestly don’t know where the hell else has an outdoor area even beginning to rival the hallowed day-drinking courtyard of ol’ GD.

Yeah it can be bougie, yeah there's was a bit of a patchy path to getting mirrors in the bathrooms, yeah it has a higher than average hit rate of running into an ex you really don't want to see: but nestled in between the likes of Little Easy and Longroom, Golden Dawn was the shining light on a strip - and in a city - of dangerously dwindling places to go to eat yummy bar food, drink hoppy beer and catch a gig that might actually be good.

Hold back your tears though: there's still a bit of time left though, in which Golden Dawn promise to "surprise you, treat you, feed you, water you, and tender loving care for you like never before".