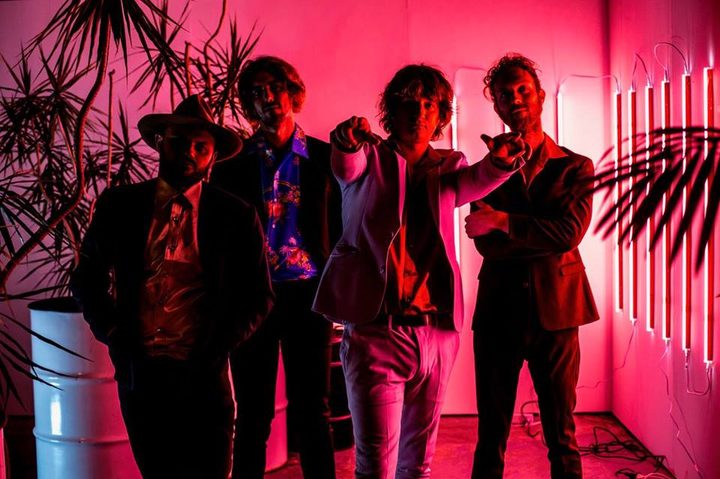 It may have been nearly a decade since North Shore indie teens The Checks had their heyday, but don’t think that means the members have given up. Featuring two Checks alums and describing themselves as “Can, Marilyn Manson and Depeche Mode, seasoned with the soulful melodies of classic Motown”, Racing have a new EP on the way, a spot at RnV and a bunch of buzz. Katie and Hussein wonder: is ‘shorecore’ back from the dead?

Katie: Shore kid rock and roll used to be so trendy, and I should know considering I went to Takapuna Grammar at the same time as The Checks. And believe me, back then they were HOT PROPERTY.

All my friends had crushes on them. They were in barbershop quartets. They got special free periods in which to practice that somehow counted as school credit. They wore stove pipe jeans and winklepickers and had Beatles haircuts.

At the time, I kind of saw it as just a weird decile ten phenomenon rather than an actual musical movement. Now I see that two of those Checks boys - Ed Knowles and Sven Pettersen - along with Daniel Barrett and Izaak Houston, are getting airtime with a new band Racing that seems quite a long way from their mod-esque origins. What say you, my Westie friend, of the past and present of what is now known as ‘Shorecore’?

Hussein: The thing about Shorecore - which, from memory, was a term coined by GOAT critic Stevie Kaye - was that there wasn't ever a truly defining song or album from that era. That's what I get from listening back now anyway, since a lot of the stuff sounds horribly dated and interchangeable a decade or so on.

Of course, bands like The Checks, White Birds and Lemons and The Coshercot Honeys were borrowing a lot from the garage rock revival of the early-2000s, which probably explains why their catalogues haven't held up so well.

Racing seem to pick up where that dreary third and final offering from The Checks left off. It's heavy on the psych-rock side of things and aligns them with bands like Kasabian, Primal Scream and The Stone Roses. My only fear is that once again they're simply imitating other acts that got there first.

Also, I’m getting some very heavy Alice DJ vibes from that lead guitar riff. Is it just me?

I think you’re right that that music has dated - I mean how could it not, considering what you’re listening to is a bunch of 16-year-old Devonport boys. But it also has a nostalgia to it and, in this piece Gareth Shute wrote for Audioculture, Ed Knowles describes that moment pretty perfectly actually.

“All the bands in that ‘North Shore’ scene had something uniquely throwaway or loose about them, we didn’t care as much about what was considered to be cool or correct … Was it beach towel blues? Yeah it probably was, but it was also packed to rafters every gig, raided by police on several occasions, kids on the roof, kids in the sea. It was a real good time and that’s all any of us wanted.”

It was all kind of more of a sound and a scene than any one particular hit album or song which, for better or for worse, just isn’t how things work in the ~digital~ age.

Now excuse me while I lol hysterically at “beach towel blues”.

Hussein: 'Beach Towel Blues' would make for a great song title, if you ask me. Plus, hearing that music described as “uniquely throwaway” seems very fitting somehow.

The band have talked about wanting to make electric dance music that has “real tangible voltage and unpredictability”. They also put the dancey element of their sound down to being influenced by acts like Jamiroquai (David Dallas will be pleased, I'm sure).

But there's something that doesn't quite work. Maybe it's the lyrics, which are basically meaningless. The chorus to ‘If Only’ just repeats those two words over and over again. ‘The Bass’, which is the title track from their upcoming EP, isn't much better. When it comes to the hook, all we get is “The bass is a danger to your mind” ad infinitum. 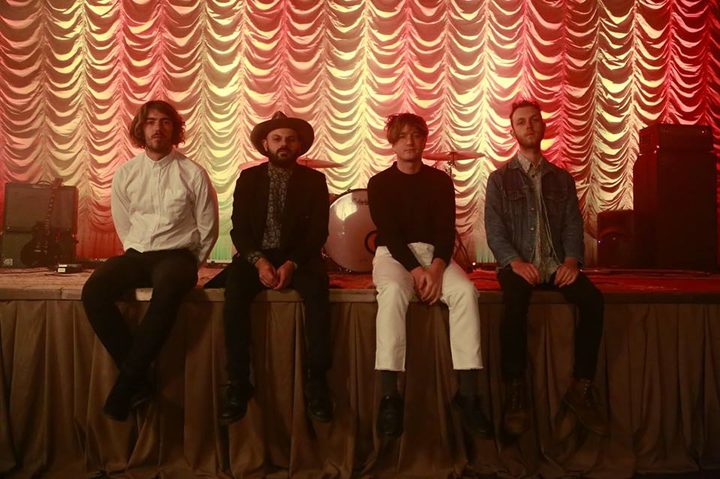 Katie: I guess in a way it just feels like the tides have turned. Whether it's indie rock or electronic indie rock or the bloody beach towel blues, I just don’t know if as many people have the appetite for white boy four piece bands they once did - or maybe that’s just me.

Having said that, good on them I guess for keeping on keeping on and realising that they’ve gotta change with the times. This music isn’t bad - in a way I think it just feels a bit transitional, like there’s some better destination that they’re yet to reach once they’re done letting go of where they come from.

And just think, that weird era of ‘Shorecore’ - complete with a festival called ‘Devonstock’ - paved the way for the biggest decile ten phenomenon of all: an already rich teen making millions singing about not being proud of her address.