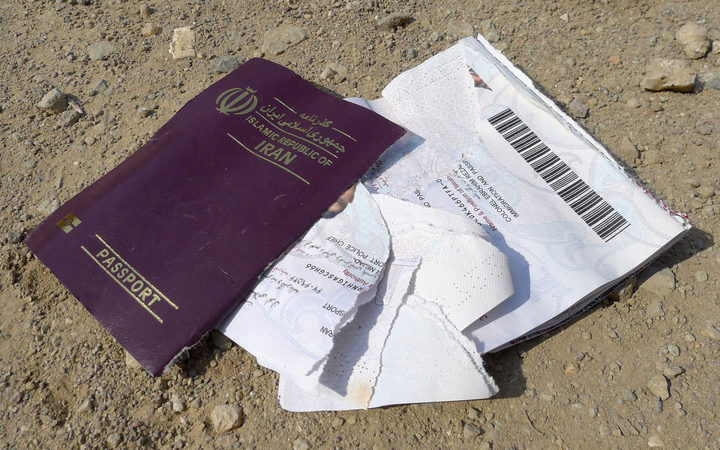 Two Iranian brothers who oppose their country’s regime and strict Islamic practices have won a seven year fight to live in New Zealand as refugees.

Their lawyer says the case shows how unnecessarily difficult and complicated the immigration process can be. The full details of their plight have been released in a newly published decision.

After coming to New Zealand on visitor visas in 2011, a refugee and protection officer rejected their application to remain as refugees. Their appeal before the Immigration and Protection Tribunal - an independent body chaired by a district court judge - was also rejected.

They then went to the High Court, which ruled in their favour, but the Crown pursued the case to the Court of Appeal, which again ruled in the brothers’ favour.

The case was required to return to the tribunal, which finally reversed its previous decision and allowed them refugee status.

Their names are suppressed.

“They are very tired. When we started this process, the younger one was 17. He’s now 24,” says their lawyer, Davoud Mansouri-Rad.

“It’s been a long, long journey for them, but they stood their ground. They are straightforward young men and what they were arguing was very simple.”

They did not want to participate in their country’s compulsory military service. They were arguing for their safety.

The older brother has never been religious, despite his mother being an observant Muslim. He dislikes Islam and considers it backward. He believes it is a religion of bloodshed, inhumane punishment and disrespect to women that has “destroyed Iranian civilisation”.

He was unwilling to attend prayers at school and because of this was held back to repeat two years of schooling. He felt it better to be true to himself, rather than practice a religion he didn’t believe in. He was moved to another school where there was less emphasis on Islam.

They told him next time would be worse if he didn’t 'shut his mouth'.

While at university, he joined the Green Movement - a political protest against the legitimacy of the 2009 presidential elections - and took part in protests in Tehran.

Two years of military service is compulsory for men aged over 18 in Iran, but students are able to defer their time while studying. The young man, who was determined to avoid military service, aimed to complete a PhD, hoping an opportunity for exemption would eventually arise.

After an argument about politics in 2010, he was attacked and beaten by members of a paramilitary group. According to his case file, they told him next time would be worse if he didn’t “shut his mouth”. He decided to flee the country.

His younger brother also opposes Islam and the political regime. He remembers being beaten for failing to pay attention in religious classes and was considered a “black sheep”, even at primary school.

He was verbally abused, beaten, his clothing was torn and his hair was cut by force.

He hates that under Islam, women do not have rights and are treated “like disabled people”. He says those who do not follow the religion in Iran are treated as infidels and are in physical danger.

He excels in sport and expected to represent Iran, but after sharing his political views with a few people at national trials, he was forced by an official to sign a document promising never to talk about political matters and was shut out of the team.

He wanted to study physical education at university, but couldn’t because of a black mark against his name in public files.

In 2010, he was stopped by local police officers and detained for one week because of his western clothing and hairstyle. During this time he was verbally abused, beaten, his clothing was torn and his hair was cut by force.

He also fled to New Zealand in 2011, on the same visitor visa as his older brother. They told officials it would only be a brief visit.

Soon after arriving in New Zealand, they discovered military conscription officials had contacted their family back home looking for them.

The brothers are not pacifists and do not object to military service per se. Their objection is to the Iranian regime and because, in the army, they would be forced to participate in Islamic religious practices. If they refuse, they would be beaten.

Should they return to Iran, they would be arrested at the border and could be jailed for up to two years and lose their right to education and work. They would also be required to perform military service, but are adamant they would refuse. 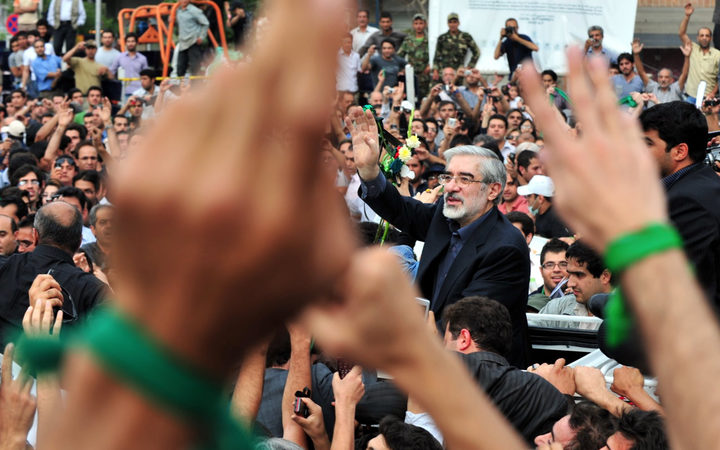 In 2009, millions of people protested the 2009 Iranian election in Tehran and other cities. Photo: Flickr/Hamed Saber

The latest tribunal decision shows why the Crown opposes them living in New Zealand as refugees. Its lawyer argued there wasn’t enough evidence proving both had “deep convictions” against Islam, and while religious requirements in the military would be “annoying”, they would not result in serious harm.

This was rejected by the tribunal, which in its decision wrote:

The decision-makers made it unnecessarily hard and complicated.

New Zealand’s refugee quota programme allows for 750 places, but about 1200 are accepted each year, including those gaining refugee or protected person status as asylum seekers (about 150) or through refugee family support provisions (about 300).

The brothers’ lawyer, Davoud Mansouri-Rad, who has represented them for seven years, says he was incredibly surprised by the pushback against the brothers.

In 2016, he spoke to RNZ about a similar case involving another Iranian man fearing military service. The man, who also had to endure multiple appeals, was eventually approved refugee status on the basis that service would limit “his freedom not to have a belief”.

At the time, Mansouri-Rad said a precedent had been set. However, he is still fighting the Crown and the tribunal.

“From the outset, I thought allowing the brothers asylum would be an incredibly easy decision,” he says.

“But in my view, the decision-makers made it unnecessarily hard and complicated. It didn’t need to be - this was a simple case about freedom of religion.”

Mansouri-Rad says it was a rare move by the Crown to appeal the High Court’s decision. He argued their case would affect other future asylum seekers in similar situations.

“Every refugee case touches human rights issues. They may not always be a matter of life and death, but they don’t need to be. You don’t need to prove you would be killed should you return to your home country, but that your basic human rights, which many of us take for granted in New Zealand, would be taken away.”