The NZIFF film is more than just another period drama, writes Katie Parker. 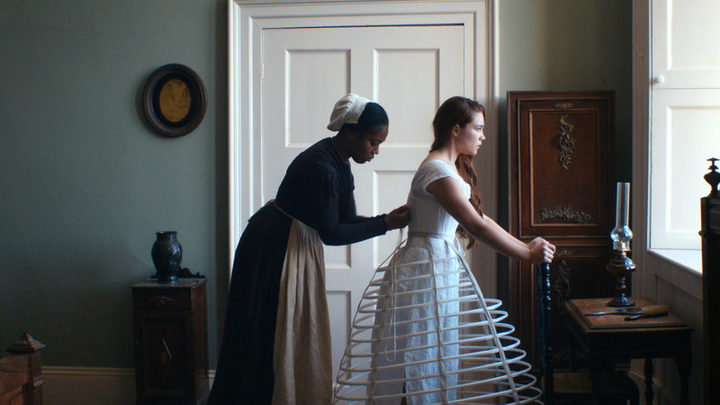 Adjusting to her new home, a large drafty estate on the moors of rural England, Katherine quickly finds that her new husband and overbearing father-in-law are less than great housemates, treating her more like an unpleasant pet than a member of the family. But just when things are looking particularly grim, business calls the men away - and it leaves Katherine with only the small staff of the estate for company.

At first we are relieved for Katherine, finally able to wander the moors without being barked at by terrible men. Yet it quickly becomes clear that, even when free of these conditions, she may be a little bit unhinged.

Left to her own devices, Katherine stops doing her hair; she drinks all the wine; she terrorises the staff; she hooks up with the guy who runs the stables; before long they’re shacked up in her marital bedroom, apparently unconcerned about who may have noticed her indiscretions.

Of course, in the midst of all this fun, her father-in-law returns and wants to know just what the hell has been going on. Katherine, though, is more than prepared to deal with him.

In spite of Katherine’s penchant for disposing of the terrible men around her though, don’t go into Lady Macbeth expecting a straightforward feminist narrative. She’s pretty much uniformly awful to everyone - and in particular her sweet handmaid Anna, with whom we share a growing horror as it becomes apparent just how ruthless Katherine actually is.

Adapted from its Russian source material by playwright Alice Birch and directed by William Oldroyd, Lady Macbeth is the feature length cinematic debut for both and in nearly every way they excel. Subtly stylised, the world Katherine inhabits is as cold and wild as she is. Everything looks and feels strange and eerie, and with such a sparse, economic narrative structure the escalation of events feels completely, breathlessly unnerving.

In her first lead role, Florence Pugh is incredible. Still a teenager during filming, she makes every sullen, stroppy turn strangely terrifying and, along with Cosmo Jarvis and Naomi Ackie, has an emotional immediacy that never lets Lady Macbeth feel like just another period piece.

Which of course it's not. As a story of sexual liberation, it would be easy for Lady Macbeth to paint Katherine as some kind of dark feminist heroine, her story radical just by virtue of superimposing themes of empowerment and liberation on an era not generally known for such things.

Thankfully though, this critique of patriarchy and female repression is much more nuanced and much, much more morally ambiguous than most audiences will be used to. Things get dark - very dark - and where so much cinema still seems to believe that the mere image of women enacting violence is in and of itself empowering, Lady Macbeth is not so sure. In fact, in a lot of ways Katherine’s rebellion sees her imitating and replicating the behaviour of the men, who treat her so poorly, in her interactions with the staff.

Complicating this further is the fact that, though it is never mentioned in the film, Anna, and Katherine’s lover Sebastian, are black. By alluding to, but never explicitly mentioning, the class and race-based hierarchy that Katherine perpetuates, Lady Macbeth makes no bones about the true nature of her victory - even when she is seemingly successful in disestablishing the patriarchal order that controls her.

As such, the power Katherine gains - borrowed or taken from the men above her and exerted at the expense of the most vulnerable of those beneath her - is bittersweet, with the emphasis on bitter. It may be satisfying to see her enact revenge on the men who treat her as property but, in what could be interpreted as a particularly acidic takedown of the superficiality of white feminism, it is only ever for her gain.