At 22, Al Deere became a hero shooting down German planes during the Dunkirk evacuations, inspiring Tom Hardy’s character in the new movie. 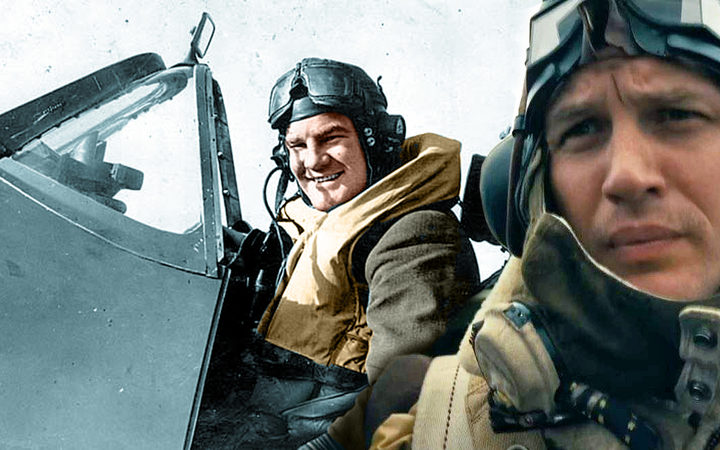 Al Deere was the least popular man on Dunkirk beach when he arrived, completely out of the blue, in late May, 1940.

“Where the hell have you been?” someone shouted.

Mass evacuations were underway and German planes were dive bombing the French beach, picking off dozens of soldiers each time. More than 200,000 still needed to be rescued.

Deere’s head was wrapped in a bandage and he’d just hitched a ride from Belgium, where he’d crash-landed on another beach hours earlier.

Those giving the 22-year-old stick had no idea he’d already shot down six German planes over the previous few days, tirelessly flying during all hours of daylight to protect the stranded Allies.

“The soldiers had been on the beach for up to a week and the RAF had not been particularly visible during that time, so there was a perception that the pilots were sitting back in England eating bacon and eggs,” explains Deere’s nephew, Brendon Deere.

“But they had been active up the coast and over the sea engaged in one-on-one aerial battles. I know my uncle’s patrol started at about 4am in the morning and lasted all day.”

In total, 145 RAF planes were downed during a nine day period.

Al Deere, one of the lucky survivors, eventually managed to talk his way onto one of the few destroyers ferrying men back to England from the famous Dunkirk mole. Less than a day later he was back in the air. There was no time for rest, there was a battle going on.

Brendon Deere, a retired businessman, was one of the first in line to see Christopher Nolan’s retelling of the Dunkirk story. He says the movie was stupendous, realistic and faithful.

He’d heard there were similarities between one the movie’s protagonists, Spitfire pilot Farrier, played by Tom Hardy, and his uncle.

While the film’s producers have fictionalised every character out of respect to the real-life heroes, the popular US website History vs. Hollywood says Farrier “most closely resembles” that of Al Deere.

Farrier’s fictional experience is indeed similar. After shooting down several German planes, he too is forced to crash-land east of Dunkirk, likely on a Belgian beach. Unlike Deere, Farrier is captured in the closing shots.

“You can see that Christopher Nolan has tried to find an everyman-type character to represent each of the services,” says Brendon Deere.

“But the arc of Tom Hardy’s character does closely echo Al. His characteristics as well - the steely resolve and determination to get the job done - are pretty typical of what I saw in my uncle.”

Dunkirk was, in fact, Flying Officer Al Deere’s first experience of combat. In shooting down a Bf 109 - the backbone of the Luftwaffe - he became the first ever Spitfire pilot to claim an aerial victory over the German plane.

Deere was born in Westport in 1917 and later moved to Whanganui. He had dreams of becoming a pilot from a young age when he saw an aircraft land on a beach.

After spending time working as a shepherd and a law clerk, British recruiters came calling in 1937. 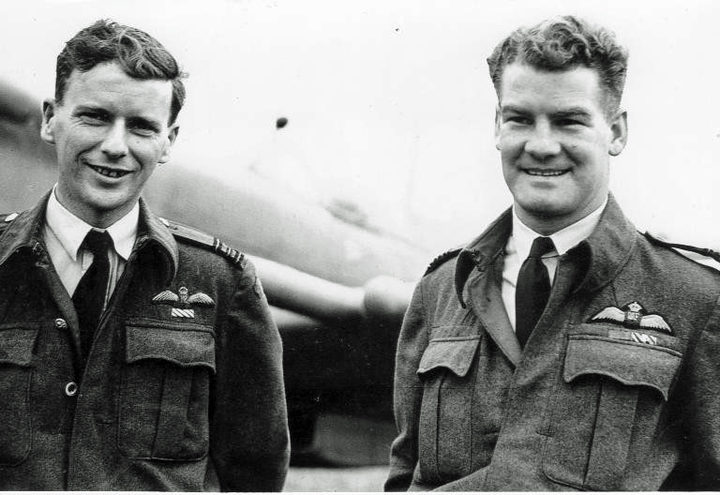 “I think Dunkirk made all those young pilots realise the experience wouldn’t be much fun. Al always said it was quite terrible. What they did wasn’t a question of bravery - they were all scared to death - they had a job to do and that job started at Dunkirk,” says Brendon.

It was the waiting that got to Al, he explains. He would be based at a remote station for most of the day and would be deployed, or “scrambled” multiple times.

“He often talked about the misconception that pilots go off and fly and come back and go to the pub, but that wasn’t the case.”

After Dunkirk, the square-jawed hero was awarded with the Distinguished Flying Cross by King George VI. He then solidified his legend during the Battle of Britain. Between July and August he shot down eight planes, and was himself shot down twice more.

In one instance, with both pilots playing a fiery game of chicken, he collided head-on with a German plane. He crash-landed in a corn field and smashed his way out of the cockpit before his Spitfire burst into flames.

A few weeks later he found himself pursued by five German fighters near the French coast. He managed to evade them until reaching England, where he attempted to bail out of his bullet-ridden plane, which had caught fire.

In his own account, Deere wrote: “I shot out a few feet but somehow became caught up. Although I twisted and turned I could not free myself. The nose of my aircraft had now dropped and was pointing at the ground which was rushing up at an alarming rate. Then suddenly I was blown along the side of the fuselage and was clear. A hurried snatch at the rip cord and, with a jolt, the parachute opened.”

During his flying days, Deere crash-landed a total of nine times. It’s why he named his autobiography Nine Lives. Once, after bailing from a damaged plane, Deere and his faulty parachute landed in the soft part of a sewerage farm.

“The Germans called him ‘the Kiwi we couldn’t kill’, says Brendon.

“He was in the press a lot and was put forward as being very brave and lucky. I think he would consider himself more lucky.” 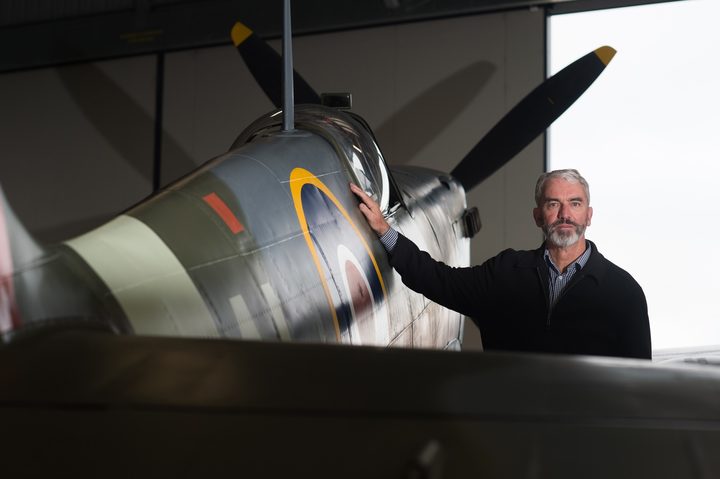 He fought until the end of the war, finishing with a ‘score’ of 22, 10 probables and 18 damaged. He remained in Britain and held distinguished positions in the RAF. He led his fellow Battle of Britain pilots during Winston Churchill’s funeral and after his death in 1995, his ashes were scattered from a Spitfire.

“I was six when I first met my uncle and I was inspired by his life and flying career and have had a lifelong interest in aviation,” says Brendon.

“I’ve also had the privilege to own a few warbirds, the pride of which is an old Spitfire which has been painted in the colours of Al’s plane. I’ll bring it down to Wellington and the national war memorial for the Battle of Britain commemorations.”

He describes his uncle as a fiercely proud New Zealander who kept his citizenship throughout his life.

“He was a very unassuming, low-key character who wasn’t full of himself or full of stories of the war. In fact, he very much just wanted to put it all behind him as much as someone like him could.”