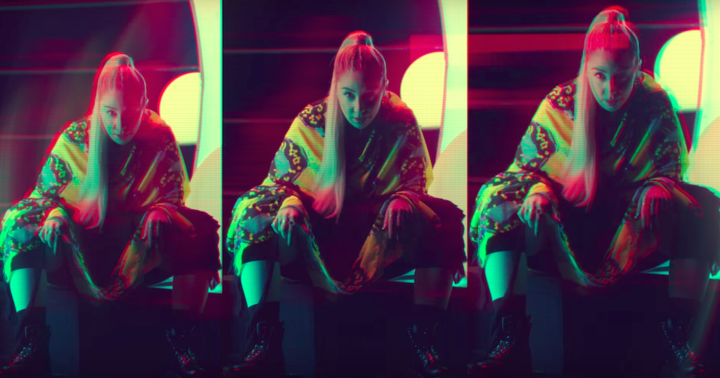 When Lorde first came on the scene four years ago, she brought with her a new pop sound, a new mode of branding and new optimism for young women hoping to achieve the same solo-artist success. Fast forward to now and Lorde is still as popular as ever - but did she change the New Zealand pop landscape for women as much as we hoped? Katie and Hussein talk the post-Lorde pop-scape and what this means for a rising star like Theia.

Katie: Forgive me for being cynical: but over the years we’ve seen a lot of female solo artists rise to vague heights only to spend the next ten years being cast, not only as failures, but as false prophets whose failure to reach a supposed potential (almost always defined by the unlikely goal of international success) renders them irrelevant.

As is often the case with women achieving things, it's one thing for us all to be saying “yasss!” and “kiwi girls are killing it!” and “what a bop!” and another for those women to actually receive sincere and long-term cultural investment.

In the wake of Lorde’s tantalisingly tangible international accolades, I feel like we’ve seen a surge in this once more as promoters and New Zealand media alike capitalise on the sudden cultural capital that comes with being a solo female pop performer.

One of the most recent (as well as the most hyped) of these young women is Theia, who’s accumulation of Spotify streams has her being touted around the place as the next pop princess.

Hussein: Theia first appeared on the scene as PLUM, but soon rebranded with a new look and a name-change that she says embodies the strength and quirkiness of her music and aesthetic. 'Roam', from her just-released EP, has had over 8 million plays on Spotify, which came off the back of its inclusion on some of the platform's most popular playlists.

That's an absurd number of people to have listening to your music, but whether or not those playlist features can translate to any real type of momentum for artists is still unpredictable.

Either way, to an outsider it's clear there's people invested in Theia's success. The doors might be opening with this trend of post-Lorde pop we're seeing emerge in New Zealand. I'm just not sure if it's the musicians that are the ones holding the keys.

Katie: It’s funny that we see Lorde’s success - which is really more the exception than the rule - as some kind of turning point for New Zealand music. I also think it’s important to remember that that scale of international success doesn’t really give a lot of insight into our industry and what it can realistically promise these artists.

To be totally honest, this song is fine but I find it hard to connect to. It’s a bit low energy, a bit impersonal and maybe just too Lorde circa 2013 in its sound.

Do you remember months ago we saw Theia at one of those weird NZ On Air showcases? She seemed sweet and kind of nervous, and I remember her so clearly because she seemed to arrive with a level of production and grooming that the other artists at those things sometimes don’t have. The hair buns, the outfit, the whole shebang. But I just want to get a sense of her personality, you know?

Hussein: It's not essential listening by any means, but that's probably because it sounds like so much else that's coming out of the world of mainstream pop. It's hard not to get lost in the noise. She's also amongst a handful of musicians - like Nakita, Broods, Asti-Loren, Chelsea Jade and Nika - who are competing for the same space back home.

But it's early days and all of those artists have the space to develop even further. No one can truly predict what's going to go down, but I think that's what we're getting at, right? It feels like the industry is only interested in getting behind artists when it’s a sound they can capitalise on. What happens if Lorde decides to go all-out and make a weird Fiona Apple album? Or when the next pop music trend comes along?

Katie: It’s quite hard to talk about, huh? Because on one hand, I get why we all want to feel hopeful and optimistic and think that all the problems women face in any sector, not just the music industry, are being solved. I also don’t want to undermine anyone’s agency or authenticity because I’m sure Theia knows what she’s doing.

But on the other, it all seems too good to be true and I just think our industry is clearly way more fickle than we seem to be willing to believe. Just think of Gin Wigmore’s latest project, which is basically a multimedia critique of an industry she says dropped her “like a stone” - and that’s coming from one of our most successful female solo artists.

Theia has a lot going for her: she sounds good, she’s got a really clearly defined aesthetic, and there’s clearly a lot of thought, money and time being poured into her brand which in a lot of ways is half the battle.

I completely understand the desire to build up young women rather than tear them down and Theia has a lot of potential that could go either way. But there are clearly still obstacles for young female pop artists in New Zealand - big ones - and I would be curious to know whether things have changed as much as we’d like them to or why we think it's better to pretend things are on the up and up when even artists like Brooke Fraser still can’t seem to get new material off the ground.

Has Lorde changed the landscape for young women in New Zealand pop? Or is Theia being set up to take an L? I guess we have to wait and see.