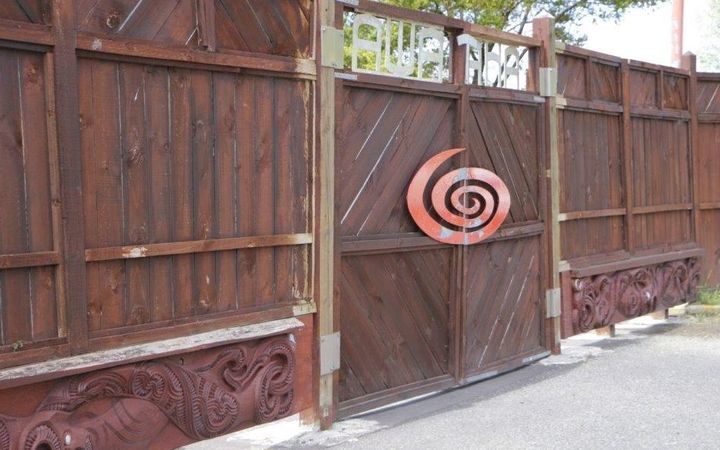 The gates of Awataha Marae, where the interns were staying. Photo: Mihingarangi Forbes/RNZ

WHAT WAS THE INTERNSHIP SCHEME?

About 85 interns from overseas arrived in New Zealand to join the Campaign for Change, a programme advertised as being “independent of any political party. and focused on voter enrollment with a goal of speaking with 100,000 non-voters.

Seems straightforward, right? But then there's the commitments made, the guy running it quitting two weeks ago and Labour's own campaign stance on foriegn students.

The programme was led by former Labour party chief of staff Matt McCarten. He took on the students with the promise of a “high powered learning programme” which included talks from Helen Clark, Andrew Little and Jacinda Ardern, Politik journalist Richard Harman reported.

​The interns, mostly university students from the USA, were not paid, but were given free accommodation at Northcote’s Awataha Marae, and had their expenses paid for.

The scandal blew up after some of the interns, who are mostly from the US, complained of living in cramped conditions at an Auckland marae and doing “drudge work”.

Adding fuel to the fire is Labour’s recent calls for a crackdown on foreign students working in New Zealand.

Now the party is scrambling to limit the damage.

HOW BAD WAS IT AT THE MARAE?

Politik reported interns had complained of living in substandard conditions and being made to cold call or door knock members of the public, or approach universities and unions to recruit voters or more volunteers.

Photos published on the website show cramped dormitories and a broken shower. Other photos are said to have picture bathroom cupboard doors hanging off their hinges and unfinished construction work with material piled beside mattresses.

In an interview with 95bFM, one intern said when they arrived at the marae they had to build their own cubicles and raided an abandoned church for furniture. “Basically we made our own accommodation out of like abandoned materials and plastic.”

But not all the interns were unhappy. One spoken to by the NZ Herald said it was disappointing to read comments about "sweatshop" conditions and "slave labour".

"Three meals a day, every single day, were provided. The care they have provided is comprehensive. The one thing that has cause a bit of chatter is the cubicle situation, which I understand is not ideal. But the sweatshop conditions, where we were rallied into a line and forced to work, that's not true at all."

The marae's chief executive Anthony Wilson has also denied that the accommodation is sub-standard and said it had been unfairly smeared for political purposes. Most interns he had spoken to had loved their stay.

WHO ARE THE INTERNS ANYWAY?

Campaign for Change had used social media to profile some of its volunteers, a few of which we have screengrabs of, though the posts on Twitter, Instagram and Facebook have now been deleted. 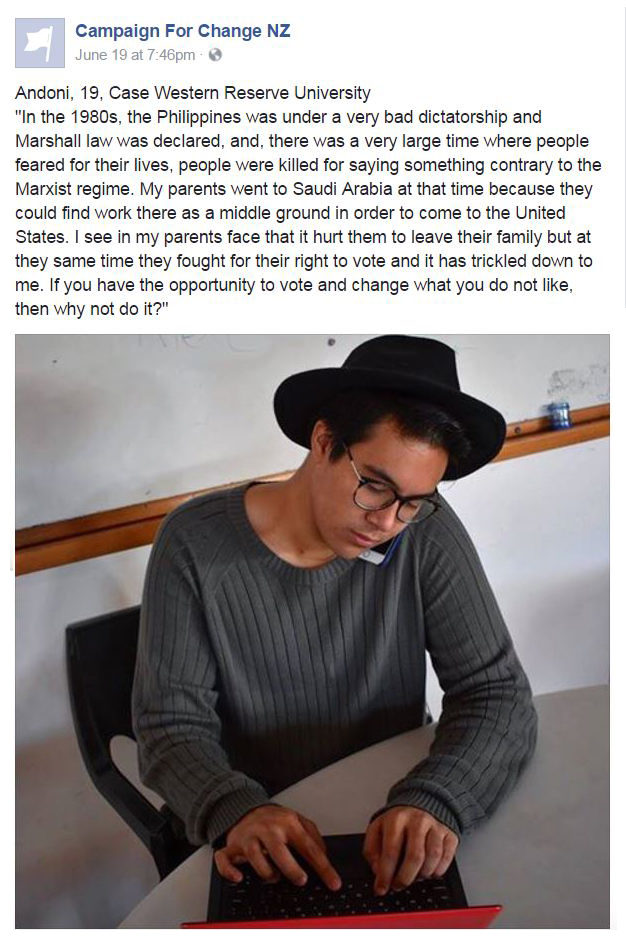 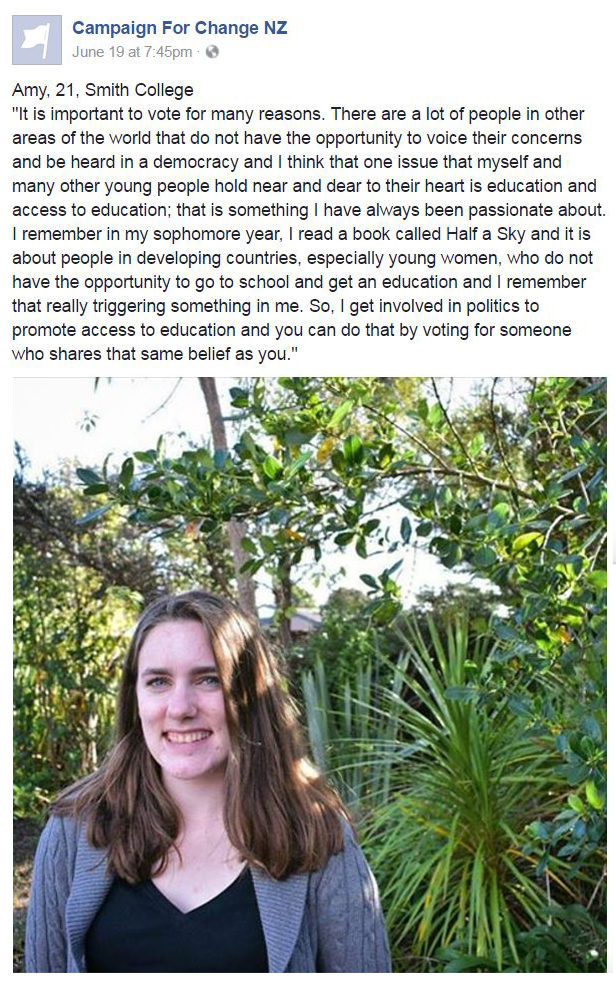 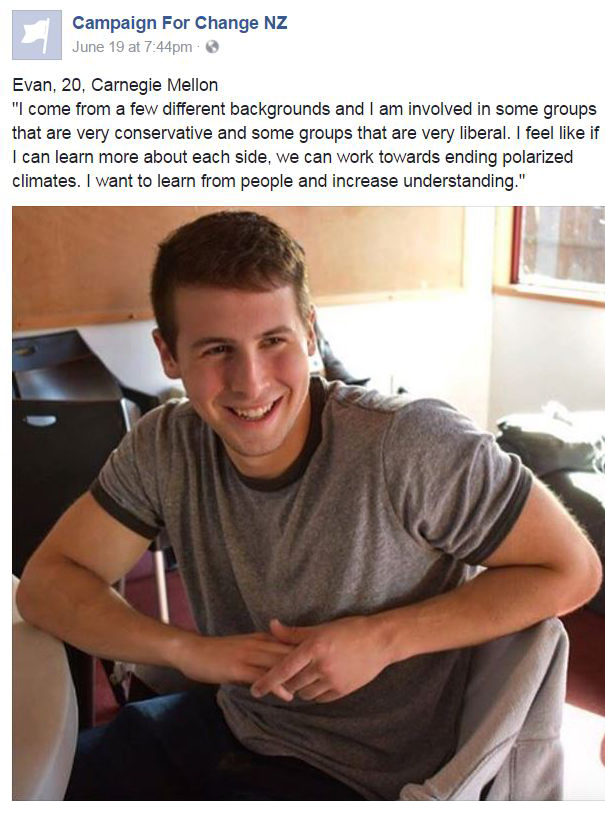 BUT WAIT, IS ANY OF THIS ILLEGAL?

There have been reports that the interns are in the country on working holiday visas, but Labour's general secretary Andrew Kirton told RNZ he was still working on finding out whether the students were on the correct visas.

The student who spoke with 95bFM, said the programnme left them feeling exploited.

“I was brought [to New Zealand] under the idea there would only be like 15 people, and I'd only work 40 hours a week, and the accommodation would be like dorm style accommodation with basic groceries provided, ’cause that's literally what's written down on our contract that they made me. And so generally everyone got lied to in different ways…” the student told bFM.

“Everyone got lied to in different ways.”

Kirton is deflecting blame to McCarten, who still works closely with Labour, telling RNZ: "The problem here is that is got out of control, too many people coming in and the management wasn't up to scratch."

AND WHO IS MATT MCCARTEN?

McCarten, 58, has long been involved in left-wing politics - including Labour, Jim Anderton’s NewLabour, Alliance, as well as the Maori and Mana parties. He is also a former secretary of the Unite Union.

In 2014, he became chief of staff of the Labour party, under the leadership of David Cunliffe. In August last year, he left the position, becoming head of Auckland’s regional office, a position he left about two weeks ago.

After news broke of complaints from some interns, McCarten told RNZ the scale of the programme had become greater than he could manage, and that he is no longer involved.

WHAT DID LABOUR KNOW?

The programme was run by McCarten, with the approval of the Labour party’s Auckland office.

Kirton said the party had known about the scheme since April, but was unaware of the number of students and the state of the accommodation until recently.

Labour leader Andrew Little told RNZ that what has happened was embarrassing. "[The programme] has got wildly out of control, people have now found they can't manage it, the party's headquarters have found out and they've stepped in to take control of it."

According to Politik, some students have already returned home, while others who can’t afford to change their flight will remain until the end of the programme.

Kirton said the remaining interns were being moved out of the marae, and were being billeted with families.