Who does the talking matters. 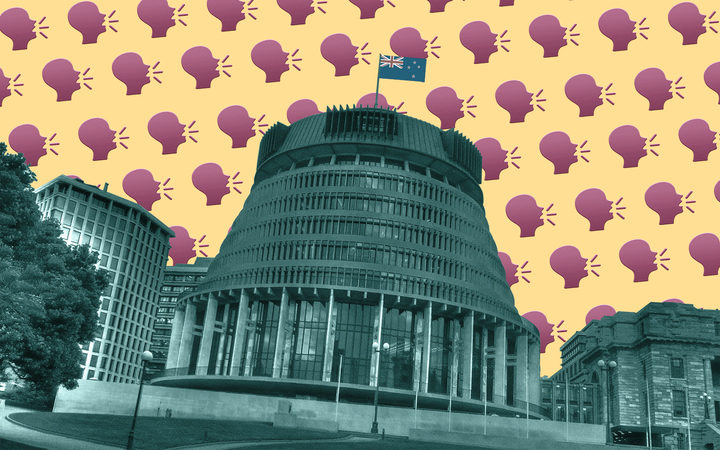 Politics puts a lot of people off, including some young people – for different reasons.

It doesn’t seem to make a real difference to people’s lives. Politicians don’t follow through on promises.  And past parliaments have marginalised groups of people and communities, including some Māori and Pasifika, leaving people with little faith that politics has their best interests at heart.

I believe, though, that the tide might slowly be turning on this.

The election of President Donald Trump in the United States has highlighted that who we elect really matters – that politics can have far-reaching consequences for a society’s social fabric and ethos.

Young people, and other groups who have been sidelined from mainstream politics, are beginning to speak up for a different kind of politics.

There’s so much to be done to ensure that all people feel empowered to contribute to politics in this country.

But one priority is to change the way politics is talked about.

First, politics is often equated to what happens in Parliament in Wellington.  We see this in what "politics"news is and what is reported in newspapers.

But politics is much more than this. It’s the process by which ideas, institutions, individuals, and identities gain or lose power. It includes campaigning and activism.

Politics has become a technocratic activity. It’s seen as a technical exercise, a numbers game that is the preserve of the experts.

Second, politics has become a technocratic activity. It’s seen as a technical exercise, a numbers game that is the preserve of the experts. Take, for example, the recent Budget: a flurry of figures and labelled packages and slightly sterile language ("Delivering for all New Zealanders").If we took this broader view of what politics is, we’d talk less about young people being disengaged from politics – because we’d see activities away from Parliament, like street art and music, as a form of politics.

It’s the job of politicians, campaigners and political observers to explain the priorities behind the numbers. That’s partly why, as I say in my book The New Zealand Project, we need to get back to talking about values in politics.

Values are principles we hold dear that contribute to a life well-led: principles like care, community, and creativity. They connect to the heart as well as the head. They lie behind all policies – and they can help to make politics more accessible for all of us.

Politicians do sometimes talk about values, especially in their maiden speeches. But parts of our political system have made it harder for politicians to follow through on these values in practice.

There’s the fact that politics has become technocratic, and there are also trends towards self-interestedness and a lack of direction in politics which have crowded out space for discussions of values.

Where politicians do talk about values, the language tends to be slightly stale – "fairness" and "opportunity" have been referred to so often to almost become meaningless. We need a values-based politics, but also a values-based politics that talks of fresh and meaningful values – perhaps even values like love.

Thirdly, relatedly, the language of politics – the references to consumers or clients as opposed to citizens, for example – has made it appear to be an exercise in management, rather than leadership.  Sometimes we seem to mistake the fact that we’re a country, not a company.

Politics, though, is about more than just monitoring metrics (like growth) and containing crises. It’s about moving the country towards something bigger and better. That should involve trying out, or at least debating, big ideas – such as decarceration or the idea of a universal basic income.

The surprise gains made by the Labour Party in the recent UK election offer some insights along these lines. The UK result suggests that voters (especially young voters) can see through politicians who hedge everything they say, or are trapped by tongue-tied timidity. We want politicians who speak up to us as a public, who respect our intelligence, and are willing to be bold in the ideas they put forward.

Finally, politics is often “talked about” by others, or talked about at us rather than by us. Who does the talking in politics matters. Politicians need to listen to groups previously marginalised by parliamentary politics, including young people, Māori, Pasifika, and Asian voters. We need members of these groups to be in Parliament. And the media can play a role in supporting often-overlooked voices.

I’m not saying the only problem with our politics is language. But a look at how politics is talked about gives us a glimpse into what’s wrong with politics today – how cramped and technocratic and managerial it’s become, across the political spectrum. And figuring out what’s wrong with it is at least a first step towards building a different, more meaningful kind of politics.