The people’s Prime Minister finally gets his due.

When John Key stood down from office that fateful December afternoon, all those months ago, a collective hush came over the country. We tittered. We wept. We watched gif after gif, our mouths frothing with rapturous spittle.

But most of all we wondered: how could this man, this wonderful, kind, generous man, ever be repaid for eight long, thankless years of toil? What honour could possibly be bestowed upon one who gave us so much and asked nothing in return?

Today the lucky populace got their answer: our beloved Johnny boy - loyal husband to Bronagh, proud father of Max and Stephie, doting fur-parent to Moonbeam - took his rightful place in the pantheon of esteem to become Knight Grand Companion of the New Zealand Order of Merit, the Right Honorable John Phillip Key in recognition of his services to the state. And about bloody time.

In honour of this happy day and in recognition of that which the Queen so admires, we too would like to pay our respects the contributions John has made to our quaint wee country. 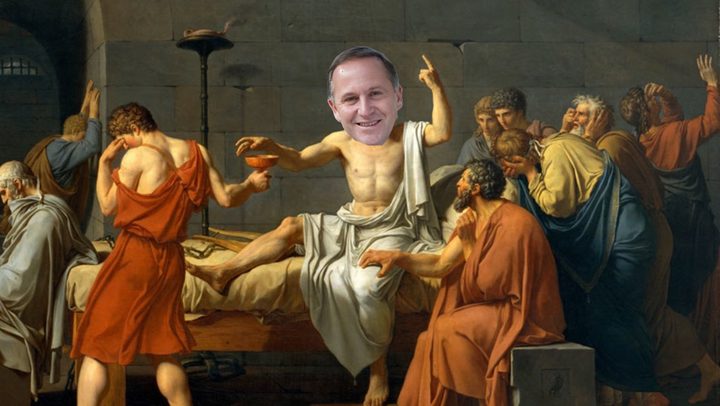 Socrates once wrote, “the only true wisdom is knowing you know nothing”, something the Keymeister clearly took to heart. In his time in office, John was always ready to admit his mysterious lapses in information and memory. Whether he was forgetting which Transrail shares he owned, what position he took on the 1981 Springbok tour, or phoning the future director of GCSB to urge him to apply for the job, John was never one to feign knowledge. We wouldn't have it any other way. 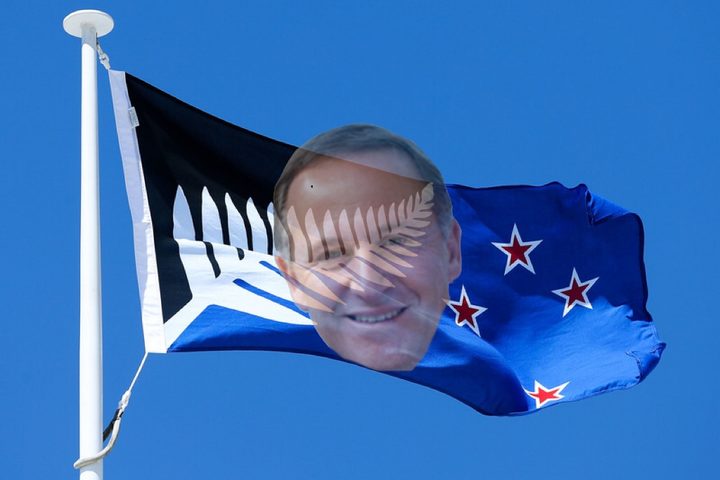 For as long as we’ve know him, John has stood strong in the face of adversity, never backing down from a challenge and striding confidently forth in the face of danger. This was never more evident that when, last year, John went forth with a referendum to change the flag and no one was interested. A lesser man might have been disheartened: Not John, who stuck with the project in the face of utter ambivalence, sinking a hearty $26 million on a glorified art competition. 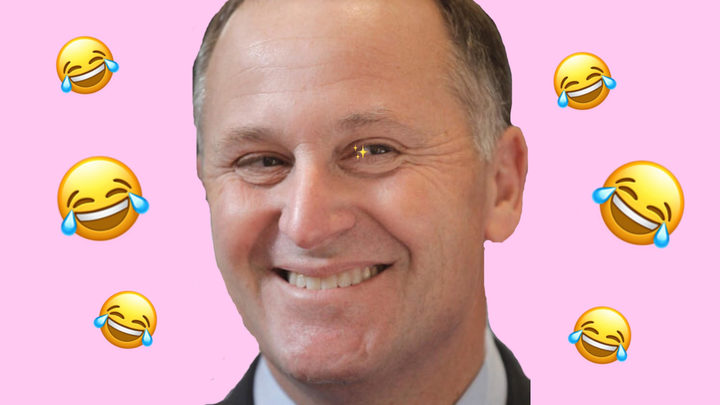 As you and I both know, John loves a laugh. As generous as he is jovial, he was kind enough to share his cheeky sense of humour numerous times, much to the joy of the nation. His penchant for malarky took many forms - but whether he was joking about sexual assault or yanking unsuspecting young women’s ponytails, ol’ mate John never failed to tickle our funny bones. Thanks John! 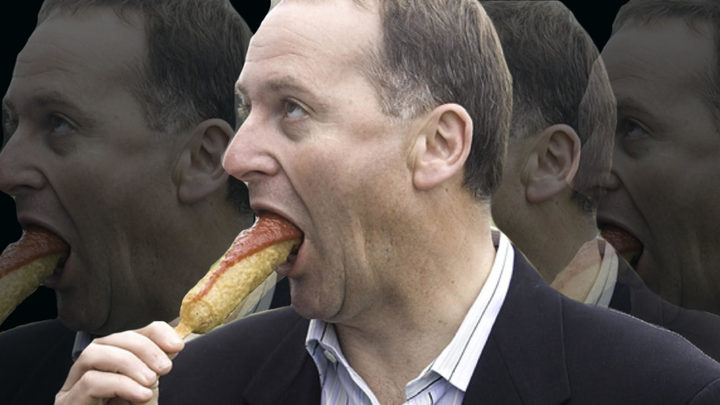 However much he may love a chuckle though, John never failed to stand tall and proud in the time he represented our country, even when things appeared to be going awry. It was via this quiet dignity that our dear leader was able to do a number of things quite unimaginable to the common man: eat phallic shaped foods on the job; be the butt of the joke on fabulous international talk shows; and of course initiate the world’s first successful three-way handshake.

For all that he has given us, the greatest gift bestowed upon our humble island nation is hope. It has been seven long months now since he left us, but he did not leave us alone. Like all wise men, John knew that we would need a guiding light, a beacon of hope to guide us through the dark. It is this prescience that led John to his most important contribution to the state of all: 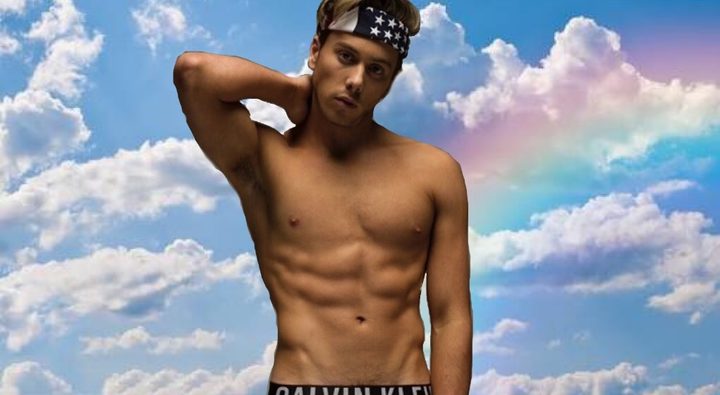 The children are our future.