“Despite being alive, I have often wished that I were not” 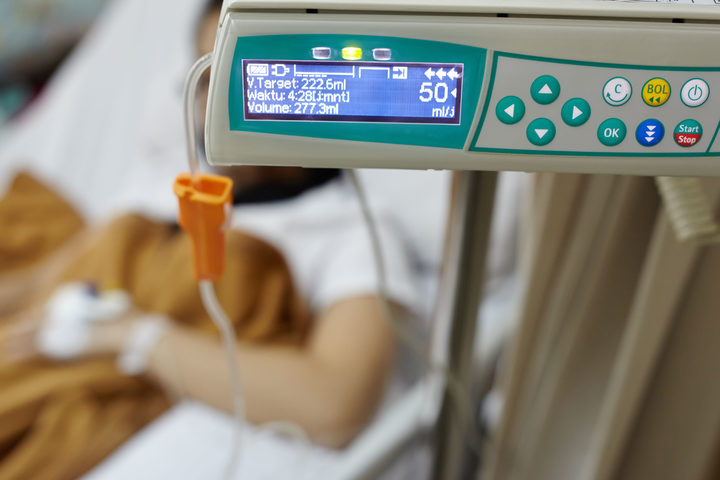 A young man’s three year battle with ACC for compensation over brain damage he developed during leukemia treatment shows no signs of ending.

After being turned down for cover twice, the District Court has now ruled ACC must pay. But the Crown entity wants to appeal, potentially dragging out a case that has already lasted more than three years.

The man’s lawyer says it shows just how difficult the public system can be for people to navigate.

The Wireless has been given the court’s decision.

James* was diagnosed with leukemia at 16. For two years he was treated with high dose chemotherapy and radiation therapy to the brain.

As a result of his intense treatment, James developed a brain injury, or “cognitive impairment”. He has problems understanding instructions and interacting with others, recalling information, and simple tasks such as managing his money.

It shakes their confidence and makes them fearful of the future.

He was also diagnosed with bipolar disorder during his treatment. “He just does not have the energy or interest to compete with [his classmates] and his school work has suffered greatly,” a doctor noted.

“The diagnosis of leukemia in a 16-year-old is a bigger catastrophe than a similar diagnosis in a younger child or older person … a major illness, especially cancer, is a huge setback at this stage. It shakes their confidence and makes them fearful of the future.”

James didn’t have time to gain NCEA credits during his recovery and after school, worked for awhile as a painter. He became frustrated with the job’s lack of skill and tried to train as a teacher. He withdrew after struggling to keep up with the workload.

He blames being unable to stick to simple plans for his marriage falling apart. He can be a heavy drinker and has lost his licence twice for driving under the influence.

ACC is the Government-operated provider of accident insurance in New Zealand. It covers rehabilitation, weekly or lump sum compensation and support for family members. It received 1.75 million new injury claims in the last financial year. That number has steadily risen by about 50,000 each of the past five years.

James sought financial support from ACC in September 2013, but was told brain damage is an “ordinary consequence” of leukemia treatment. ACC said those who survive cancer at a young age often have some form of brain injury after their treatment. He was again denied in a review hearing.

The District Court in Wellington has now reversed that decision - James can claim. It ruled while brain damage from treatment is possible, the extent James has suffered is rare and he should have been given help years ago.

More than a decade after his diagnosis, all signs point to James being cured of cancer.

However, the court documents reveal his life remains a nightmare. “Despite being alive, I have often wished that I were not”.

James told the court he was informed of several potential side effects when he began his treatment, but never of brain injury.

He said had he known he may develop cognitive impairment, he would have likely gone down a different treatment path.

“Time was of the essence because of the rapidly increasing rate that the leukemia cells were spreading,” he said.

He was once energetic, organised and hardworking.

“So there was very limited time to, not only take all of this in as a 16-year-old, but to be able to make an informed decision.”

He said since treatment, his life has been “horrendous and painful”.

One of James’ doctors told the court his “quality of life and prospects for the future are widely different from what would have been predicted for him prior to his diagnosis”. Another said “he was once energetic, organised and hardworking … this has deteriorated”.

His legal team pointed to a recent study published in the Journal of Clinical Oncology that shows the majority of survivors of leukemia do not suffer brain injury, and go on to achieve secondary or tertiary qualification and full-time work.

ACC tried to argue the opposite view - that James should have known the risks.

One of its doctors gave evidence that as far back as 1980, he was advising patients of the risk of long term cognitive impairment. “I am certain that 20 years later, the expert haematologists who treated and cared for [James] were very well aware of that risk”.

ACC’s lawyers told the court James’ depression was a complication during treatment and increased the chances of his brain injury. “The diagnosis of depression added to the severity of [James’] neurocognitive impairment during his crucial secondary school years.”

“A diagnosis of leukemia for a 16-year-old is an earth-shattering event and is an obvious factor in depression,” she said.

“I conclude a complex picture has emerged and … the position for [James] was anything but ordinary.”

The Wireless spoke to James’ lawyer, Hunter de Groot of John Miller Law, who told us the case is one of several recent examples of ACC trying to avoid paying compensation for serious injuries.

“This is brain damage we’re talking about. It's very difficult to accuse any organisation of cynicism, but you have to question why ACC is targeting such severe cases.”

ACC told us they plan to appeal the decision, but is unable to discuss ongoing cases.

Hunter de Groot said the battle was a heavy burden on James.

“This is very important for him and is about him receiving things like support and treatment, which are very valuable to someone in his position,” he said.

“It's tempting to think the public system covers everything, but many aren't able to shell out for these sorts of thing. People don't want to feel like they're under attack and have to fight for pretty basic rights.”

*James’ name has been changed as the District Court suppressed his identity.