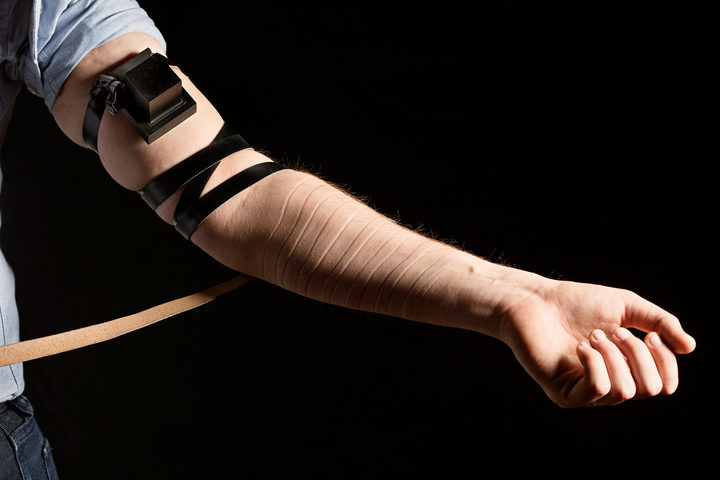 “A young man talked about how hard it was for him to interact with women casually outside his community, since he was taught that sexual desire outside the intent to procreate means that one is a sexual predator, so anytime he was attracted to someone, he worried he was going to do something untoward, or that he was a kind of monster. The young woman who had suggested the theme said she didn’t know when exactly to submit to kissing — the first date? The second? Is she a slut if she kisses at all? Is it still bad nowadays to be a slut?”

“Musk began to see man’s fate in the galaxy as his personal obligation three decades ago, when as a teenager he had a full-blown existential crisis. Musk told me that The Hitchhiker’s Guide to the Galaxy, by Douglas Adams, was a turning point for him. The book is about aliens destroying the earth to make way for a hyperspace highway and features Marvin the Paranoid Android and a supercomputer designed to answer all the mysteries of the universe.”

The Trauma of Facing Deportation, by Rachel Aviv, The New Yorker

“For nearly two decades, a political question—What should we do about migration?—has played out through the bodies of hundreds of children. The number of new cases of apathy declined in 2006, after the Migration Board took a more lenient approach, but the illness is still being diagnosed in dozens of children. Last year, some sixty children lost the ability to move and to speak.”

Inside the Secret World of Tamagotchi Collectors, by Alyssa Bereznak, The Ringer

‘“I have never seen them as pets or less than me, if that makes sense. They are friends that go everywhere with me and partake in all of my interests and enjoyments. Maybe that sounds strange, I don’t know. I’m not crazy, I promise.”’

The Myth of the ‘Lone Wolf’ Terrorist, by Jason Burke, The Guardian

“Any terrorist, however socially or physically isolated, is still part of a broader movement. The lengthy manifesto that Breivik published hours before he started killing drew heavily on a dense ecosystem of far-right blogs, websites and writers. His ideas on strategy drew directly from the “leaderless resistance” school of Beam and others. Even his musical tastes were shaped by his ideology. He was, for example, a fan of Saga, a Swedish white nationalist singer, whose lyrics include lines about “The greatest race to ever walk the earth … betrayed”.’

Feminist Hypocrisy Is The New Trend In Startup Narratives, by Doree Shafrir, Buzzfeed

“All these stories raise the question: Is it possible to be a committed feminist and a committed capitalist at the same time? And why are we still so surprised when these women — who have built brands on saying the things we want to hear — turn out to be just as flawed as their male peers?”