Three experiences of being a gender-questioning kid. 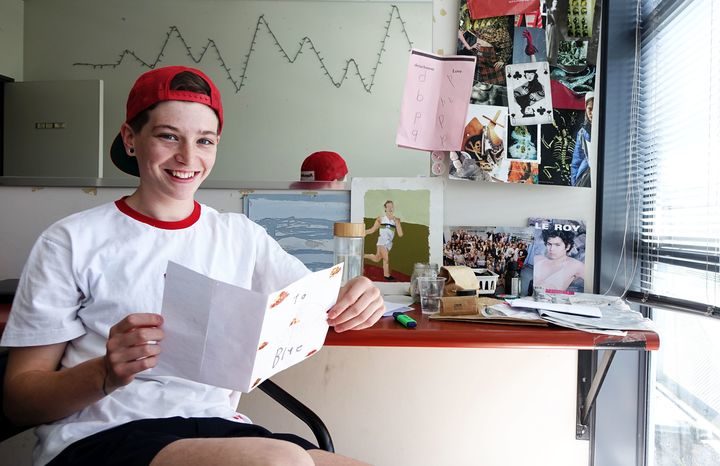 Among the dull warehouses in a West Auckland industrial estate sits another dull warehouse, but inside it is a national treasure - Shortland Street.

After a confusing moment of being buzzed into the studio reception, I am greeted by Tash Keddy, 21, the first trans actor to play a long-term role as a trans character (high school student Blue Nathan) on the soap.

Tash can't remember exactly when he first thought he might be on the trans spectrum. But does recall there was definitely something different about his gender identity.

Being a gender-questioning kid growing up in Wellington’s southern suburbs in the 90s, didn’t matter too much. All the kids were rocking stripey dungarees and McKinley boots anyway, so for the most part you could be what you wanted to be.

What was puzzling were the regimented aspects of school that kept boys and girls separate, he says. "Throughout my childhood I kind of had this recognition of almost the futility of that [gender] split. I remember being really confused about gendered activities in the classroom."

He considers the process of coming out to be ongoing - "it's not really super clear when that first happened"- but there was one pivotal moment, at the beginning of last year, when he first decided to tell his parents that his gender identity was leaning toward male.

And what better moment than when you’re about to star on Shortland Street.

"It definitely was kinda brought about by starting on the show and was like, if I'm going to do this it has to be across the board … obviously, my parents have to know".

Figures on exactly how many transgender children there are in this country are scant, but the best estimates can be gleaned from Auckland University research from 2012 as part of the health and wellbeing Youth 2000 Survey.

About half of the transgender students had thought they might be trans before they had turned 12, but only a third had told someone close to them how they were feeling.

Tash is pretty happy to consider himself on the male spectrum and has decided to go with the pronoun he/him, because, for him, it's practical and he's happy with that. He’s now taking a low dose of hormones that will give his body more male characteristics.

While there is an option for some young people to take hormone-blocking medication to stop puberty before their body develops full adult male or female characteristics, that wasn't something he considered at the time.

Tash says while it's not something every trans person has to, or wants to do, that it's working out well for him. For some people though, stopping puberty and the development of the body they don't want is massively important. 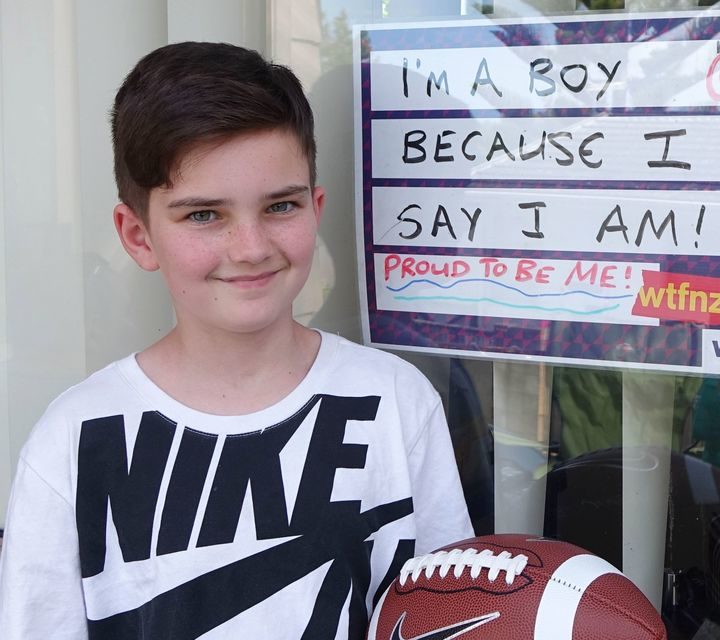 Ben, 11, has already made big decisions about his gender identity. Photo: Teresa Cowie/RNZ

Ben, 11, is a female-to-male trans boy who "socially transitioned" when he was six years old.

It’s considered the first step towards a person living as their preferred gender identity and might mean wearing different clothes or changing their name or pronoun to him/her/they to match their preferred identity.

At home in the Auckland suburb of Glen Eden, it's a hot summer day and Ben’s shooting hoops in his driveway. A few weeks after I meet him, he'll be starting intermediate.

With puberty just around the corner Ben had recently made the decision to start taking puberty-blocking hormones. Every three months, Ben and his mum Rebecca bus to a clinic where he gets an injection that temporarily stops his body developing characteristics like breast and female fat, hair and muscle distribution.

The idea is that in a few years time he'll be mature enough to decide whether to take sex-change hormones, so his body develops in a way that makes him look like a man.

Some may consider him to be too young to be making important decisions about his gender, development and even fertility at age 11, but Ben's adamant he knows his own mind. He'd be very upset if he had to allow his body to develop as a woman.

"I wouldn't feel like myself, it would make me feel sad, because of how far I've come."

Ben has already made bigger decisions in his short life, not least the daunting one to live as a trans boy in a world that struggles to accept he's "different".

And if he does change his mind?

Something many people wonder (not least worried parents) is that it might be harmful to live as another gender.

According to the Ministry of Health, about 75 percent of trans children will not become trans adults, but those whose distress about their gender was more extreme seemed to be more likely to continue being a trans person in adult life.

A study in the United States found socially transitioning as a kid to be fairly safe. 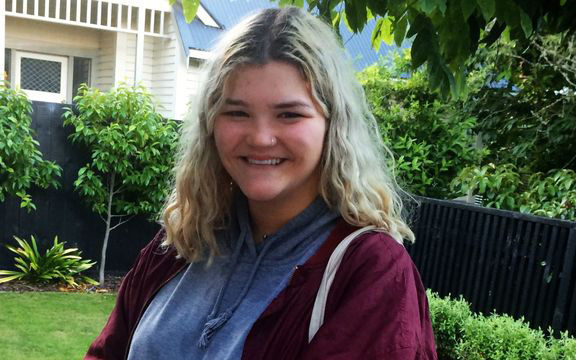 Ciara says living as a boy for a year gave her a better sense of who and what she wanted to be in the future. Photo: Teresa Cowie/RNZ

Ciara, 18, is a student from Dunedin identifies as a cis gender female, or a woman whose gender corresponds with their birth sex. She lived as a boy for a year as a child, and has no hesitation in saying it's done her no harm and is now just an interesting quirk of her childhood.

“When I was nine … I kind of felt like I wanted to be a boy and be called Ciaran, and dress like a boy, but I didn't change any of my pronouns or anything like that.  And the teachers and my parents referred to me as Ciaran, which was nice.”

After about a year, Ciara changed her name back and started to hide her short “boyish” haircut under a floral bandana.

But Ciara says the year she spent living as “Ciaran” gave her a better sense of who and what she wanted to be in the future.

"Now that I am almost very much stereotypically feminine, I'm kind of more comfortable in that because I know that I haven't be socialised all my life to live like that."