Willem Pennings isn’t the type of person who meticulously sorts Skittles or M&M’s into little piles of different colours. But he built a machine that does it anyway. 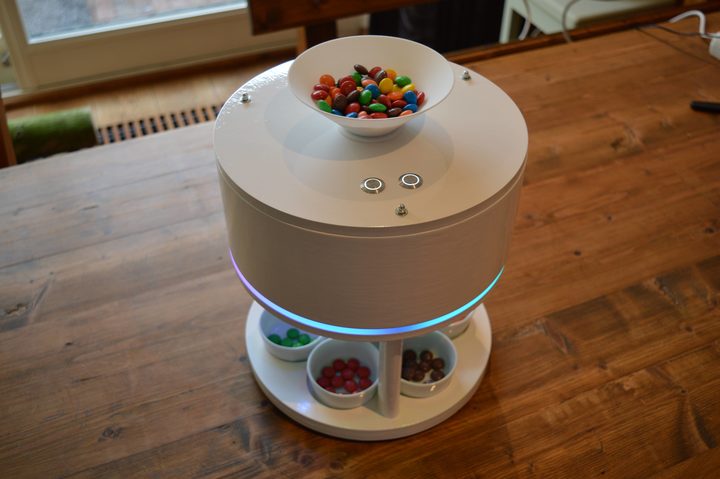 He says he saw a similar machine on the internet, and decided to make a better one. “I just thought that it'd be a fun project as a hobby.

“People have suggested that my next project should be a machine that mixes the sorted lollies again so that I don't have to do it myself.”

If only it has existed when Van Halen were in their prime.

Pennings, 19, was born in New Zealand but now lives in the Netherlands. “My parents and I moved back when I was at the age of four. We lived in Christchurch, where other family members still live today,” he said.

Sadly, his machine, aptly named the “M&M’s and Skittles sorting machine,” won’t be available to buy, as the young inventor is tied up with university, where he is studying engineering.

“It'd require lots of development and time and since I'm still in university, my available time for other things isn't too much.” (He said the prototype took “a few months” to build, and has an Arduino controller, a stepper motor, an RGB colour sensor and 3D-printed parts. It also has LEDs, just because.)

Despite this, Pennings - whose dream is to work for a company like SpaceX or Rocket Lab - has also created a "word clock" which displays the time in [Dutch] words and a birthday message whenever it's someone’s special day.

He built it for his girlfriend’s 18th, but they broke up before he had the chance to give it to her.

To nerd out over exactly how Pennings built the machine, check out his website here.