We talk to Kiwi artist and beatboxing legend Matehaere Hope 'Hope One' Haami about her upcoming New Zealand double tour. 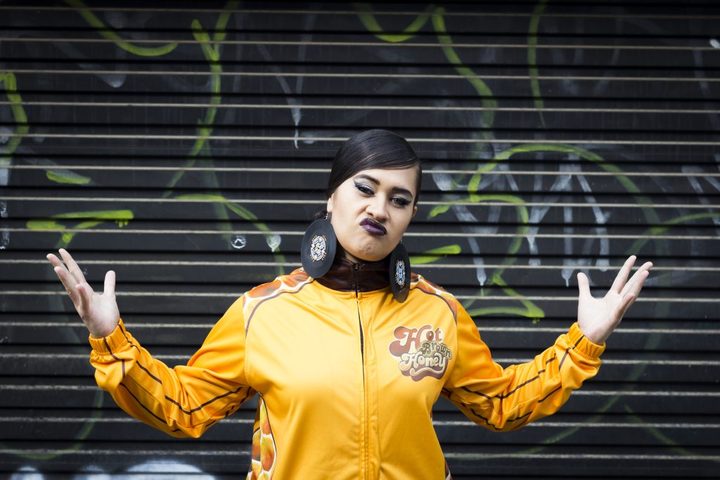 Matehaere Hope Haami, also known as ‘Hope One’, is many things: a young Māori artist; a community mentor; and one of the best female beatboxers in the world.

Since discovering beatboxing as an adolecent, life has come at Hope fast: Touring around the globe, coming 3rd in the women’s division at the World Beatboxing Championships in Germany, and performing alongside the likes of Tom Thum, Joel Turner & the Beatbox Alliance, T-Pain, Naughty by Nature, Eve, George Clinton, Michael Franti and The Wailers. Now based in Brisbane, Hope’s schedule is showing no signs of slowing down.

For five years now Hope has been part of political theatre extravaganza Hot Brown Honey, and this month, as part of the Auckland Pride Festival, it is bringing her home to perform for audiences at Auckland’s Aotea Centre.

A hip hop cabaret with an all-female WOC cast, Hot Brown Honey, Hope says, is best described as a “theatrical explosion”: dealing with issues of sexuality, race, diversity, diaspora and smashing the stereotypes that hover over each, the show combines thought provoking commentary with an eclectic combination of dance, poetry, comedy, circus, striptease and song.

If that didn’t sound exhausting enough, Hope’s visit to New Zealand takes her on a double tour: in addition to Hot Brown Honey, she will travel the North Island with her very own Hope One School of Beatbox, a series of beatbox workshops through which she will teach and mentor young people.

We talked to Hope about Hot Brown Honey, her work with the community and her meteoric rise to the top.

Can you tell me a little bit about Hot Brown Honey and how you became a part of it?

Hot Brown Honey is basically a theatrical explosion. It's to give unheard voices a voice, basically, and to see more women of colour in the industry. We focus on a lot of topics out there that aren't really spoken about publicly.

My involvement came in about 2013. I was actually friends with the writers, and I'd been friends with them for quite some years. I'd worked with them before and they asked me to be a part of their show. It's actually my first theatre show that I've done, so it was pretty cool and special.

Over the years my role has developed from just being a maid beatboxer to being... a butler [laughs].

Is it unusual for you to get to work with such a diverse, all female cast?

No not at all, I love working with women. I just love that female power, you know? It's not unusual for me to work with women, but I think that the weight that this show carries, and the responsibility it carries, does take its toll on you emotionally sometimes.

And we're all women so you know, sometimes we're in sync with each other's monthly [laughs]. We can be moody and just general stuff like that, but other than that it's just empowering. And being able to share your views with people that are like minded, that work with you, is a privilege. 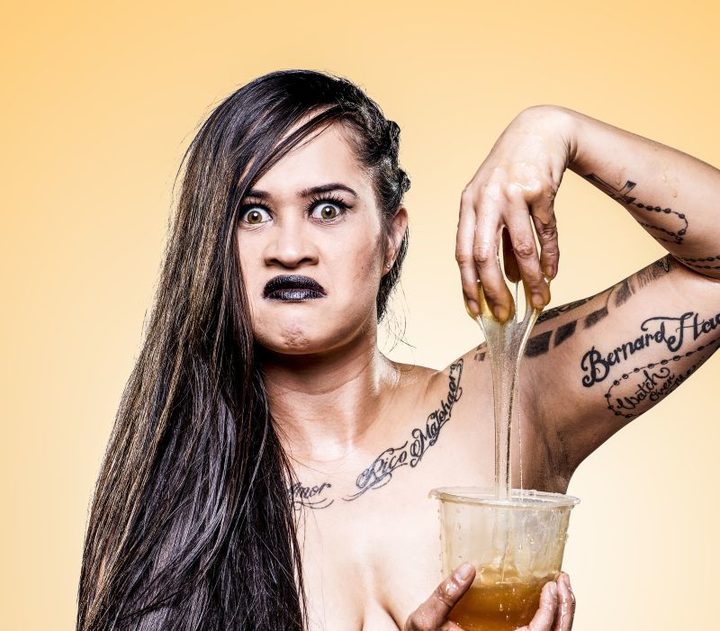 In the current political climate, women's rights and diverse voices are more important than ever. Does that affect the feeling of performing Hot Brown Honey?

Yeah, I think so, I do. I feel like there's a lot of people that are in the same boat, that get it. And if they don't, they just did, after they've seen our show [laughs]. So I think that it's cool that it makes a difference in people's lives, whether people want to get out and march, or they want to speak up against something that's happening to them every day, or they just want to talk about it with their friends.

Do you get quite a strong reaction from people who've seen the show?

And then there's also the people that - I don't know, maybe they feel guilty, I'm not too sure - get up and walk out and feel uncomfortable. Which is fine too.

You're one of the top female beatboxers in the world - can you tell me a little bit about how you got into it?

So we're winding back to about 2001, I was attending Wellington High School and a beatboxer called Rahzel just dropped his album Make the Music and it went crazy. Everyone was listening to it, and there was this specific track called The Four Elements and basically I heard it and I wanted to do it. And I asked the boys - cos' everyone was dabbling in it - "can you teach me how to beatbox?". And their reaction was "girls can't beatbox". So that's pretty much how I got into it.

I just took my little track home and rewound and rewound the three minutes on my cassette tape, and played it every single day and just taught myself and grew a passion and a love for it pretty much. And I just thought it was just really frickin' cool [laughs].

Can you tell me a about your work mentoring youth with community workshops as well?

I like to inspire children just to believe in themselves and I use beatboxing as a good base for that. I love teaching beatboxing, but I also love to see children smile. I've been running workshops just as a beatboxer for quite a few years, but I'm starting a new brand called The School of Beatbox.

It's basically an internationally touring beatbox mentoring franchise. We go around to schools and we teach all of the history and the foundation and techniques and the mechanics of beatboxing, while sharing my personal story and helping to inspire the kids that if you believe in yourself and that's what you wanna do then you should do it 100 percent.

Being a professional beatboxer isn't the most common type of career you can have so I like to show the kids that anything's possible, if you put your mind to it and you work hard.

What other projects do you have coming up?

I'm going to have a bunch of jamming videos going up on my facebook, also during my New Zealand tour I'm going to have a videographer following me and documenting pretty much my artistic life and life on the road for that time, so I'll be having a documentary coming out. And then from June to the end of the year Hot Brown Honey will be touring internationally, to Scotland, Canada and the UK.

Hope One stars in HOT BROWN HONEY Tues 14 to Sat 18 February on the ASB Theatre Stage, Aotea Centre as part of the Auckland Pride Festival 2017 from Friday 10 February – Sunday 26 February 2017. Book at Aucklandlive.co.nz