Call it for what it is - straight-up racism. And it happens every day. 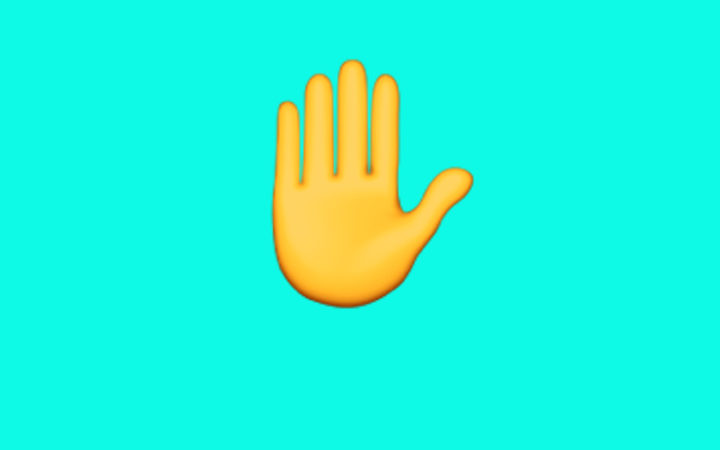 Let's talk about you and me

Let's talk about all the good things

And the bad things that may be

Have Sir Peter Leitch’s comments blown over already? Where does time go? I guess we will have to wait for another nationally-recognised face to say something racist to continue the conversation about racism. It might be a day or two, it might take months.

That doesn’t mean we should lay off the conversation.

You see, outsiders view New Zealand as somewhat utopian. It was named the most prosperous country in the world for 2016. It was ranked third in the world for attracting and retaining talent and fourth in the world for quality of life, oh, and for its semi-public healthcare system.

But really it’s wrought with all the same social constructs that the United States or Britain, prosperous and diverse countries, are known for.

From unequal representation in a “racist criminal justice system”, extreme bias in the education system, unevenly distributed wealth, health disparities, and everyone's favorite, the housing crisis. The evidence can be considered a solid case against institutional racism worthy of a daily reminder.

Racism is so common the New Zealand's Human Rights Commission created a page for victims of racism to share their personal experience. It is filled with stories that reflect a society not willing to come to terms with its prejudices. These stories hardly make the news. It is only when celebrities, or prominent people are involved that we scratch the surface and make empty promises to tackle the issue.

The exchange between Sir Peter Leitch and a Maori family in Waiheke Island resulted in a national discussion about race and what defines “casual racism”. It was also the latest example.

Last September, it was reality TV star Julia Sloane who brought brought attention to the issue when she called her co-star a “boat n*****”.

In both instances Race Relations Commissioner Dame Susan Devoy has said almost word by word the same thing: “It is time for Kiwis to have an "uncomfortable, prickly conversation about racism.” Talk about enabling.

In 2015, a reality TV star, this time from The Bachelor, showed up at a party in blackface.

In 2007, then TVNZ chief exec Rick Ellis went before the Māori Affairs Select Committee at Parliament referred to Police 10 and Shortland Street as evidence that the state broadcaster was meeting its charter obligations.

In 2000, National Party Prime Minister Jenny Shipley accused an entire group of breaking and entering by climbing through people's windows.

The list goes on and on, and each time something like this happens we are graced by the expertise of professionals and the citizenry on racism’s cooler cousin “Casual Racism”. Yet no one has asks the bigger question: How can you categorise racism in any form and excuse racism in any form?

The euphemisation of racism to be put into “casual” terms is the root of the confusion. Casual racism is nothing more than direct racism, which is motivated by particular events and generally represents deeply held beliefs. It is not confined to individuals, but to anything that adheres to its position, such as the owner of a butcher shop, a TV host or an entire political party.

Racism is an ideology, just like being a liberal, conservative, anarchist, or religious. In many cases they are intertwined by design or just pure coincidence. And here we are, masquerading racism as if its “casual” component was comparable to having brunch, or casual sex, actions free of beliefs.

NewsHub, a major media organisation, went a step further in the normalisation process. They created a test to test your Casually Racist IQ. As if you are trying to find out which character from Harry Potter better suits your lifestyle, you can also find out which group you are more likely to hate.

How does 'casual' racism differ from 'standard' or 'normal' racism? Are they the same thing? https://t.co/bVba6BLy03

The concept of race is a social construct, not a scientific one. The same goes with racism - you can’t quantify it. The depth of its construct depends on many elements. In New Zealand, its history, political system and policies, to name a few, play a huge part.

When someone says that a part of New Zealand is for white people only, or another accuses an entire group of being criminals, or you are straight-up call a person of color a “boat n*****” on national TV, it plays into all those elements that construct institutional racism.

For example, a 2006 report titled, “Over-representation of Māori  in the Criminal Justice System: An Exploratory Report”.   The report indicated that the inequalities ‘often result not from deliberate discrimination, but from unconscious prejudice and stereotyping and as an unintended consequence of prima facie reasonable attitudes, practices, and decisions.’ A decade later the system hasn’t changed.

Unconscious? If that defense is allowed when it comes to sending people to jail, those at the helm of health, housing and finance can unconsciously do the same.

I can understand why some people would like to cement the term “casual”, as there is a great incentive to do so. I can't for the life of me understand why the Māori Party and its leadership would choose to run with it as well.

In the last episode of Racism in New Zealand: The Mad Butcher edition, Māori Party co-leader Te Ururoa Flavell said - according to NewsHub - that Sir Peter is not racist, but the incident has highlighted the casual racism in society.

To play politics at a time of reckoning is to erase an opportunity to root out the same issues of structural inequality at the core of the party’s platform. It is a failure to realise that those who are guilty of what they call casual racism, are the same ones who would more likely demand policies that benefit their ideology and go against their progress.

To mollycoddle people and their “light racism” is doing a disservice. It feeds the basis of racism.

Thanks to Susan Devoy and Michelle Boag, half of NZ now thinks "casual racism" is a thing where you unintentionally offend someone brown.