Nonplussed, bewildered, gobsmacked and shook by the thought of an ochre-tinted villain in the White House? This week’s longread roundup is a bumper Trump edition, with the best writing on the how, why and what-now of the US election. 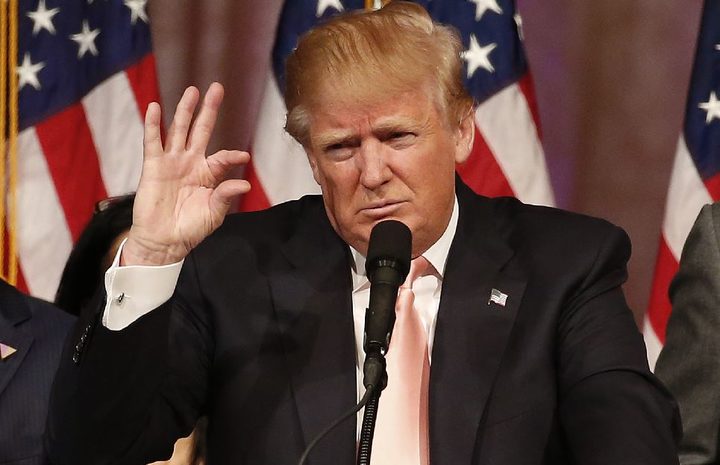 “The election of Donald Trump to the Presidency is nothing less than a tragedy for the American republic, a tragedy for the Constitution, and a triumph for the forces, at home and abroad, of nativism, authoritarianism, misogyny, and racism. Trump’s shocking victory, his ascension to the Presidency, is a sickening event in the history of the United States and liberal democracy. On January 20, 2017, we will bid farewell to the first African-American President—a man of integrity, dignity, and generous spirit—and witness the inauguration of a con who did little to spurn endorsement by forces of xenophobia and white supremacy.”

“In modern America we believe racism to be the property of the uniquely villainous and morally deformed, the ideology of trolls, gorgons and orcs. We believe this even when we are actually being racist. In 1957, neighbors in Levittown, Pa., uniting under the flag of segregation, wrote: “As moral, religious and law-abiding citizens, we feel that we are unprejudiced and undiscriminating in our wish to keep our community a closed community.”

Yes, the Election Polls Were Wrong. Here's Why - Mona Chalabi, The Guardian

“The polls were wrong. And because we are obsessed with predicting opinions rather than listening to them, we didn’t see it coming. So, the world woke up believing that Republican candidate Donald Trump had a 15% chance of winning based on polling predictions – roughly the same chance of rolling a total of six if you have two dice. Despite those odds, the next US president will be Donald Trump.”

“Pundits and observers will attribute Trump’s win to “populism” or his “anti-elite” message. This is nonsense. Trump ran for president as a nationalist fighter for white America. He promised to deport Hispanic immigrants. He promised to ban Muslims from the United States. He refused to acknowledge Barack Obama’s legitimacy, casting him—until the end—as a kind of usurper of rightful authority. When faced with the fetid swamps of white reaction—of white supremacists and white nationalists and anti-Semites—he winked, and they cheered in response. And for good reason.”

In the Heart of Trump Country - Larissa MacFarquhar, New Yorker

“Because of the reputation of the Trump voter, it can seem as though the state must have been Republican for decades, for reasons of culture and race, but this is not so. West Virginia is part of the Bible Belt, but it voted Democratic all through the nineties, at the height of the culture wars and the Christian Coalition, when abortion and gay rights, for instance, were far more alive as political issues than they are now. The state voted against Obama, but it wasn’t the prospect of a black President that turned it red.”

“Election-prediction meters, their needles jiggling like the gauges on a World War II bomber, wobbled from left to right, now pointing toward a decisive Trump victory for the first time in the campaign.

And then Clinton supporters, and the others who opposed Trump, people of color, Muslims, immigrants, and members of the LGBT community began to shiver in disbelief, and to mourn.