The day after the election, the fear is real. 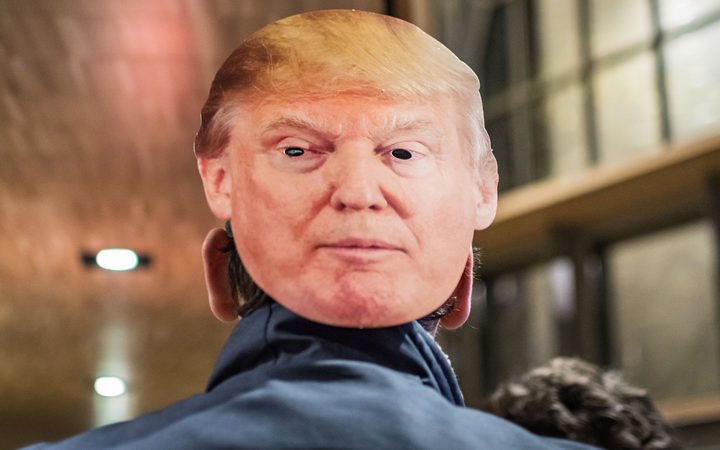 Trump was endorsed by white supremacists, including members of the KKK. Photo: Unknown

Taking the stage after his shock win last night, Trump took a conciliatory angle to his first speech as president-elect. “I pledge to every citizen of our land that I will be president for all Americans,” he stressed. “It is time for us to come together as one united people,” he said.

The tone was a huge change from campaigning marred by racism, Islamophobia and endorsed by the KKK.

Post Brexit, a campaign similarly marked by anti-immigration undertones, the UK saw a 60 percent peak in hate crimes, and even months later reported levels were 14 percent higher than pre-vote.

Now across the US, women, Muslims and people of colour are reporting hate speech and harassment on social media, and fears that the election of a white supremacist-endorsed candidate indicates a permissiveness toward racism that’s only getting worse.

Doing nothing to assuage fears, David Duke - former Ku Klux Klan grand wizard, known white supremacist, holocaust denier, and public endorser of Trump - was quick to the podium after the results came in.

“This is one of the most exciting nights of my life,” he said, “make no mistake about it, our people have played a HUGE role in electing Trump!”

This is one of the most exciting nights of my life -> make no mistake about it, our people have played a HUGE role in electing Trump! #MAGA pic.twitter.com/HvJyiJYuVa

In a tweetstorm accompanied by images of the new president riding a tank accompanied by a machine-gun-wielding eagle, he was dismissive of Trumps call for America to come together. “Anyone telling you this was a vote for "unity" and blah blah blah is a liar and they know it!”

Duke’s sentiments, while perhaps not openly shared by most of the population, do signal how the far right has been mainstreamed by the latest election campaign. Running contrary to the ‘uprising of the working class against the elites” narrative, CNN’s exit polls indicate race was the primary indicator of voting inclination, above gender or class.

In short: white people, including 52 percent of white women, tended to for Trump.

Whitest U.S. counties are voting for Trump by an astonishing and unprecedented margin. pic.twitter.com/0PTbi7DMFt

Social media has also been flooded by Muslim women who wear hijab reporting their fears of retribution.

Friend who wears hijab: I'm afraid. I feel like there is a target on my head now, literally. #ElectionNight is very different for many of us

Other young women across the country chimed in, saying they were afraid to be seen in public:

My mom literally just texted me "don't wear the Hijab please" and she's the most religious person in our family....

muslim women - if you feel the need to stop wearing your hijab due to fear of violence, then that's okay. allah will understand and forgive.

i see the same beautiful kid going to school every morning. today she isnt wearing her usual hijab. can u feel this.

And in Philadelphi this was spraypainted overnight:

For many women, the election seems like an endorsement of the sexual harassment rhetoric Trump became notorious for. Australian journalist Simone Fox Koob reported a Sydney Uni bar erupting with handful of Trump supporters shouting "lock her up", "build a wall", "drain the swamp", "grab her by the pussy"

Sydney Uni bar erupting with handful of Trump supporters shouting "lock her up", "build a wall", "drain the swamp", "grab her by the pussy" pic.twitter.com/7wzNF7bc0L

Meanwhile, Ayesha Siddiqi of the New Enquirer, has been predicting a Trump win for over a year. She said the landslide will come as no surprise to those who have witnessed some of uglier sentiment first hand.

“You all didn't notice bc you don't care about the rising anti muslim sentiment, it's not palpable to you,” she tweets. “It has been for us.”

Don't panic, America has always been run by racists and we made it this far. We'll continue on