What do pop superstar Justin Bieber, rapper AKON, and electro-pop up-and-comer MAALA have in common? 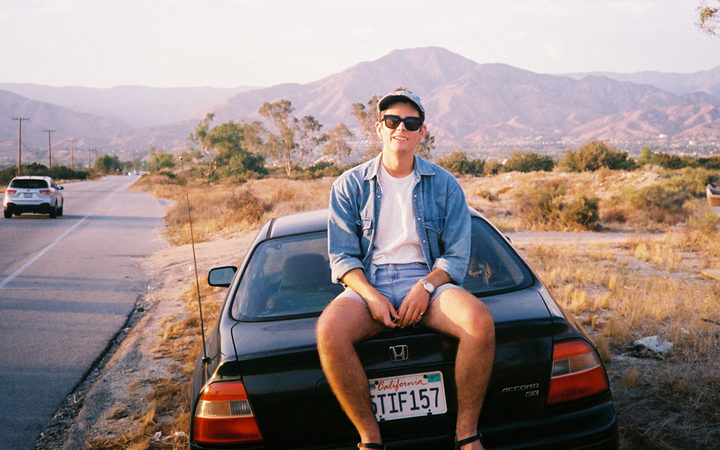 “The Prince of Pirongia”, as he's known to his friends back home. To most others he's Leroy Clampitt.

The producer was born and raised in the sleepy Waikato town, but made a move to Los Angeles a couple years ago. He’s just been back home to chill - playing golf at the Pirongia Golf Club, having coffee with his folks and hanging out with baby lambs in the paddock next to his parents’ house.

The University of Auckland jazz school grad does a big chunk of his producing with fellow Kiwi Jimmy Wong, who’s also clocked up work with some more of pop’s big names - Katy Perry, Daniel Bedingfield, Mike Posner and Bridgit Mendler.

“We’re very close,” Leroy says of his relationship to Jimmy. They each have a recording studio in the same building and the two co-produced Justin Bieber’s song 'Company', a chilled and synthy song from his latest album, Purpose.

The pair were given the opportunity to make the track through the publishing company they’re both signed to. A raw version of the song, with only lyrics and vocals, was sent to them and they spent about five hours working on it in the spare room of Jimmy’s parents’ house in Auckland, then they sent the finished song off.

“All we heard back was that they liked it and they’re using it for the album,” Leroy says.

“You hear that stuff so often and from a very young age I learnt never to get excited about anything, which sounds so bad, but it sets you up for a surprise for when it actually happens.”

They forgot about the song until the songwriting credits were leaked before the album was released late last year. “We were like, ‘Oh, there we are are!’”

Leroy still hasn’t met Bieber. “I feel like when we do meet him it will be a good conversation starter,” he says.

But he has met AKON. They are working on some music together, though Leroy says he can’t share much about it - only it’s a “booty song”.

Leroy says he has a particular affinity for working with musicians from New Zealand. If he gets an email from a random American artist asking if he wants to work with them, he’ll probably say no, but if they are Kiwi musicians, he says he will jump at the opportunity.

He once cancelled a session so that he could help write 'Kind Of Love' for Auckland-based MAALA’s album Composure and also been producing music for Kiwi artists Mzwètwo, and BOYBOY aka Sam McCarthy of Kids of 88.

“There’s lots of talent here and New Zealand is making a really great name for itself. It’s very valuable for me to still be able to be involved where I can be,” Leroy says.

He remembers a time in 2013 when he joked with Joel Little, Silver Scroll and Grammy Award-winning songwriter, that Joel might one day work with Justin Bieber.

“We were at this bar having drinks because his and Ella’s [Lorde’s] song [Royals] went number one in America.”

Leroy says in that moment he predicted that Joel would be working with Justin Bieber in a couple of years. “And then to be there a year and a half later doing that myself. It’s just funny!”