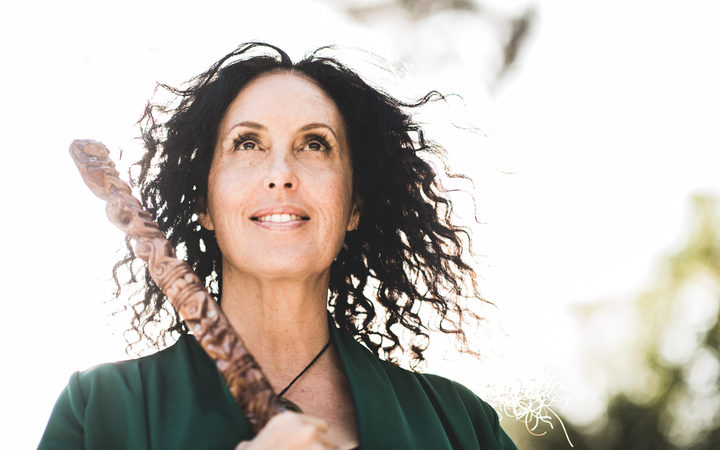 One of the country’s most well-known voices is being inducted into the NZ Music Hall of Fame at next week's Silver Scrolls.

Moana Maniapoto, the Invercargill-born singer-songwriter known for her time in Moana and the Moahunters and Moana and the Tribe, will be the sixth woman to be inducted into the NZ Music Hall of Fame. She joins the Topp Twins, Shona Laing, Herbs’ Kristen Hapi and Toy Love’s Jane Walker.

The Hall of Fame was established in 2007 and it sees two inductions per year – one at the APRA Silver Scrolls and another later in the year at the NZ Music Awards. Last year saw Bill Sevesi, who passed away earlier this year, and The Exponents both join the ranks alongside previous winners such as Shihad, Straitjacket Fits and Dave Dobbyn.

Maniapoto was appointed a Member of the New Zealand Order of Merit in 2004 and a year later she was made a Life Time Recipient of the Tohu Mahi Hou a Te Waka Toi Award, which acknowledged her leadership and contribution to Māori art.

The Silver Scroll awards, which are now in their 51st year, aim to recognise outstanding achievement in songwriting. Winners from the past five years include Unknown Mortal Orchestra, Tami Neilson, Lorde, LIPS and Avalanche City.

As usual, the songs eligible for year’s awards were chosen by an anonymous panel of judges. The winners have been decided by the votes of APRA’s 10,000 members, who are made up of local songwriters and composers.