Renee Harvey is a 23-year-old mum. She has Tourette syndrome; an incurable neurological disorder that causes her to have involuntary vocal and physical tics.

Only a small percentage of those diagnosed with Tourette’s have coprolalia - a tic that causes them to swear and repeat offensive words. Renee is part of the small percentage. At her request, we have removed the involuntary swearing from her story.

Renee’s physical tics make it hard to keep still.  Her nana, Sandy Rickard, holds the phone while we chat. Sandy explains how Renee’s tics began when she was in primary school, after a doctor prescribed Ritalin for ADD.

‘What it’s like’ is a weekly Wireless series. For more, click here.
As told to Mava Moayyed.

I grew up in Westport. Pretty depressing, I know. I was ten and half when I first noticed something was different about me.

I remember I started doing this f***ing OCD thing where I’d look up at the ceiling and have to look at each corner of the wall. I couldn’t stand up from the chair – I had to sit down two, three, f***ing four times before I got up and left.

I used to really hate it when we had an exam at school, the room would be all quiet and I’d sit there going “mhmm mhmm mhmm”.

I couldn’t stop making that noise and I’d try to make out like I was clearing my throat or something just to cover it up. I didn’t even know why I was doing it, I just couldn’t stop it. I felt horrible all the time.

I don’t remember when the verbal tics - the swearing and stuff - started. It was when I was a bit older, I think. It all got worse when I got older. 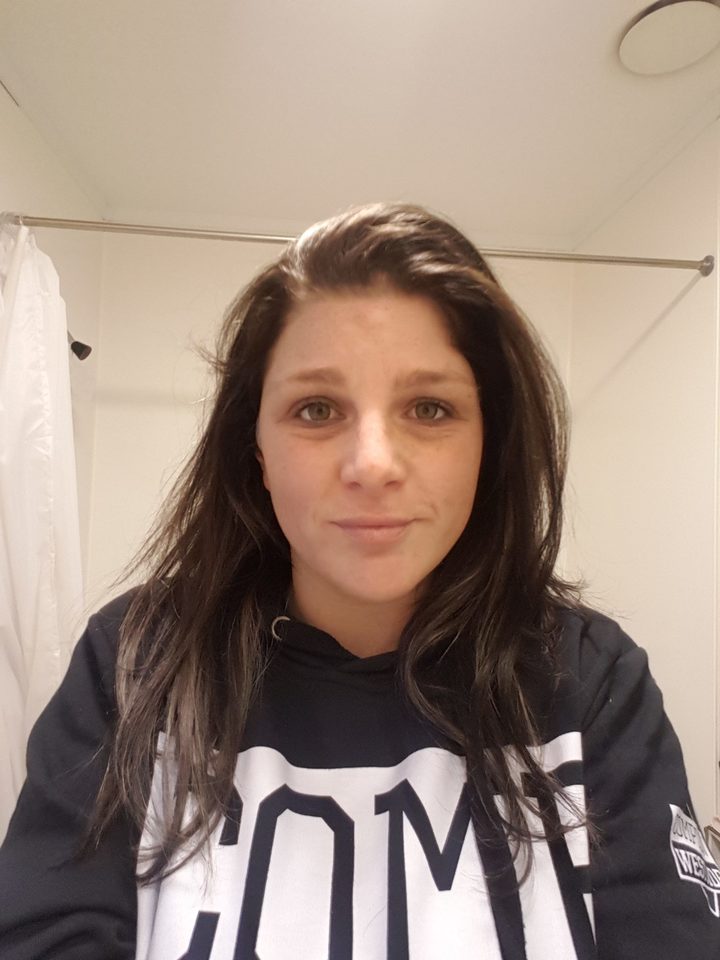 I worry about accidentally hurting people all the time. If anybody is close to me, I’ve got to tell them to move because my foot automatically wants to kick them.

For me, when I have a tic, it’s just really tense. It’s such a strong urge that you’ve just got to do something. It’s got to be done. If I try and hold the tics in, they’ll come anyway and probably come out ten times worse.

If they had a cure for Tourette’s, I would take it up! I’d do anything. It is a part of me but I f***ing wasn’t born with this, you know?

I love going out with my girlfriends and just hanging out and having fun but being around other people is a hard one for me. They stare or whatever and, sometimes, I just want to start a fight. Especially if someone looks at me the wrong way.

It makes me angry and I can feel the adrenaline boost through me. That’s my honest opinion.

Do you know what I really think? It’s just like me walking down the street and I see someone with a handicap. I don’t sit there and stare. I can see that there’s something wrong and I leave them to it. Don’t stare and make them f***ing feel weirder!

Yeah, I might be different but you don’t need to make a big scene out of it, though.

I’ve lived in Nelson for about six years. This is my home now and a lot of people do know me around here. I have a friend who has Tourette's but her tics are so mild. Things like Camp Twitch are really important. We’re the normal ones for once.

There are times when I’m just at home on my own and I just feel so nice and relaxed. It’s sort of like my body knows I need a break. I just love it. That doesn’t happen very often at all though. Singing helps, too. The tics go away when I sing.

For more information or support, visit the Tourette's Association of NZ