A Real Housewives fan weighs in on the premiere of the Auckland series. 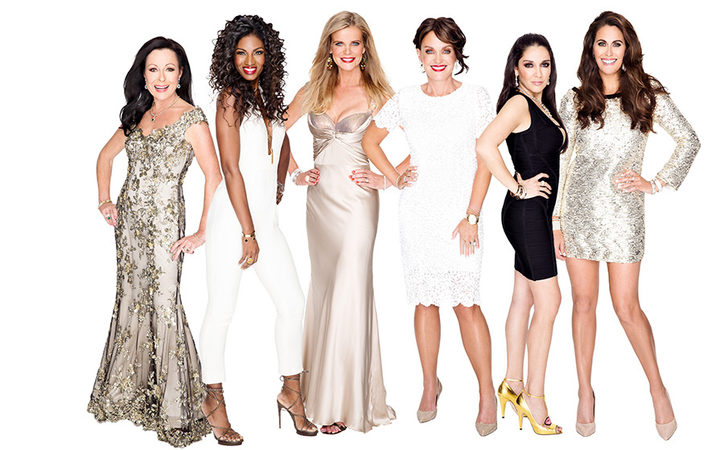 Amsterdam with The Real Housewives of Beverly Hills was pretty iconic. Besides the magnitude of the drama, what was so memorable about the episode was the timeframe everything went down in.

After being apprehended by Lisa Rinna, someone who admittedly eats very small portions, Kim Richards tells her to “have a piece of bread [...] maybe you’ll calm down a little”. Soon after, she threatens to divulge secrets about Lisa’s husband. What ensues is reality television at its finest: Lisa flips out, throws wine in Kim’s face, attempts to grab her by the neck, and ends it all by smashing a wine glass on the table. I don’t think the housewives had even ordered appetisers by then.

Even though this outrageous moment occurred mid-way through the season, it kind of set a precedent for restaurant drama. Even then, every first episode within the Real Housewives franchise usually has something that keeps the audience’s eyes locked on the screen. But last night’s premiere of The Real Housewives of Auckland wouldn’t even come close.

I’m not ashamed to admit that I’m an avid watcher of the Real Housewives franchise. A housewife flipping a table, accusations of faking an illness, someone actually faking an illness, cheating husbands, and luxurious trips overseas – I’ve witnessed it all with so much interest. But watching The Real Housewives of New York and The Real Housewives of Beverly Hills, has also become a way for me to keep in touch with a close friend who lives in America. Over Facebook, we question their actions, we laugh at the shady moments, and we discuss the politics that underpin each episode.

And while the drama between the Auckland housewives was obviously lacking (I definitely won’t be messaging my friend about it), there were a few slightly above average moments.

The Real Housewives of Auckland opened with a lot of sailing analogies. Yes, we get that Auckland is the “City of Sails”. There’s a sign when you leave Auckland airport and a quick glance at Wikipedia will tell you all you need to know. The audience does not need Louise Wallace repeating this fact through several poorly delivered puns. But, hey, at least we know who she is.

The other housewives aren’t exactly Beverly Hill’s Erika Girardi – a “riddle wrapped in an enigma and cash” – but with Auckland in the midst of a housing crisis and increasing homelessness, they most certainly are wealthy. From housewife Julia Sloane’s daughter choosing to go shopping in Newmarket over a trip to Peru, shots of Paritai Drive, and discussions on how to accurately hold a champagne glass (at the stem, by the way), this rhetoric is reinforced time and time again as we learn more about the individual housewives and their lives. But their rich appearance isn’t exactly effortless, and their first get together as a group ends up feeling very contrived.

Louise, Julia, architect Gilda Kirkpatrick and fashion stylist Angela Stone all meet at Soul Bar on Auckland’s Viaduct for a TK Fashion Show. Angela’s introduction to the group – where she gives them all a copy of her book, The Style Guide – does not go down well with the others. In fact, they’re all somewhat offended, assuming she’s telling them that they need styling tips. This moment was almost funny, but not at all enough for me to change my very neutral facial expression.

If the producers of The Real Housewives of Auckland wanted to make Angela look bad by having her talk about herself too much, then they really needed to show it. There’s a moment that creates the beginning of a tumultuous relationship between Gilda and Angela, as Angela is offended that Gilda didn’t stand up to greet her and Gilda thinks Angela talks too much. But to me, it was nothing. Either that, or I missed out on the “drama” just by blinking.

However, the show gives way for one last chance at redemption and it does so for 0.39847 seconds. To celebrate Julia’s birthday, the housewives, including former model Michelle Blanchard, go to downtown restaurant Ostro. Having not met the other women before, introductions are made, and when Angela mentions that she too used to be a model, Michelle asks if it was for the plus-size category. The whole scene is cringeworthy and call her sensitive, but Angela’s tears are understandable. It’s not amusing because it’s just plain mean. Especially when Michelle tries to minimise Angela’s feelings by hitting back with comments that accuse her of putting on a “performance”.

By the end of it all, Louise was hungry, Anne thought it was the party from hell, and Julia was annoyed that no one was paying attention to her. It was no Amsterdam, to say the least. Usually these events are the standard Real Housewives recipe, but in Auckland it just didn’t deliver. Everything felt too forced, which resulted in a first episode that was stilted and boring. As a Real Housewives fan, it leaves me unenthused for what’s coming next.