Michael Keane of So Laid Back Country China on the anxiety, panic and obsession behind the Wellington band’s new songs. 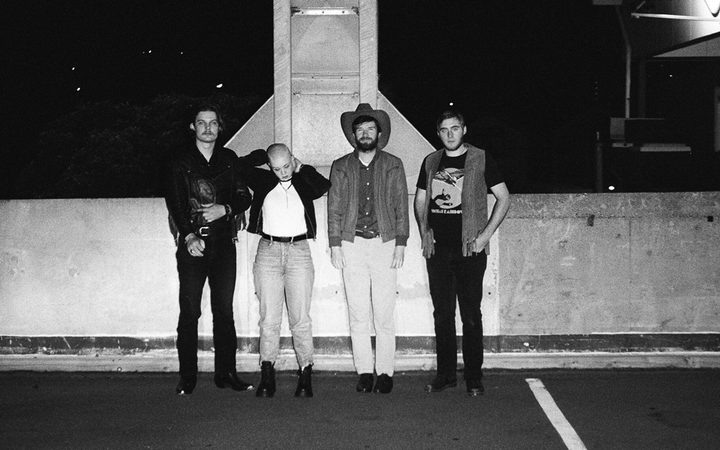 This is part of a regular series called Verse Chorus Verse which sees local artists break down the stories behind their music. For more, click here.

I played this song constantly while the album was being written. I would play it most days in my house on Oriental Bay, in the studio as we were demoing/recording, and while in hospital as the album was being mixed and mastered. It was the soundtrack to that time period for me.

The writing process began with a long reflection on the songs from our previous release, With Knees of Honey in Goodbye Canyon. This track connects the albums since I started performing this song as part of a melody on With Knees of Honey. So many of the sounds in our head came into the world on that album, and Sin Cristales was able to go much further because of it.

The Garden Lost Child tracks were originally one large piece that split apart during demoing (they have re-joined as part of our live show). Garden Lost Child, Pt. 2 is about how looking backwards becomes depression and the feeling of being so small in a world so large. It was tracked on an interesting array of instruments including a vibraphone, Beastwars’ double neck Ibanez guitar and a collection of ‘80s synthesizers.

This track is a surreal diary of bartending. Not of time spent tending a bar but a glimpse of the routine of being full of energy at 4:00am and in a moving body fuelled on liquor and obligation. The droning guitar line was recorded on a Telecaster with only two strings to avoid any temptation of breaking the simple interval.

This song started as a second section to the track Sin Cristales until it eventually became its own piece. The spacious arrangement came after a few different treatments of the song flooded the simplicity.

The first part of the Garden Lost Child piece is about how looking forward becomes anxiety, panic and obsession. It became one of the largest sounding tracks on the album as a result of the parts being written as a slow and long build - the dynamics in the track were worked out post demo.

Being a theatrical song with a very traditional song structure and a guitar solo, this ballad was a strong statement and expansion on our sound. We couldn’t get this to sound right until engineer James Goldsmith decided to take all the guitar out apart from the Metal Zone-driven solo. Playing this on top of a piano for the video was a life goal.

This song is written from the perspective of my partner. It started as a part two to Blood; a call from her for me to come home when I was struggling on late nights. It was recorded live in the Blue Barn rather than tracked; everything you hear was performed together during a heavy rain storm that almost ruined the track.