Where to from here for the New Zealand centre? 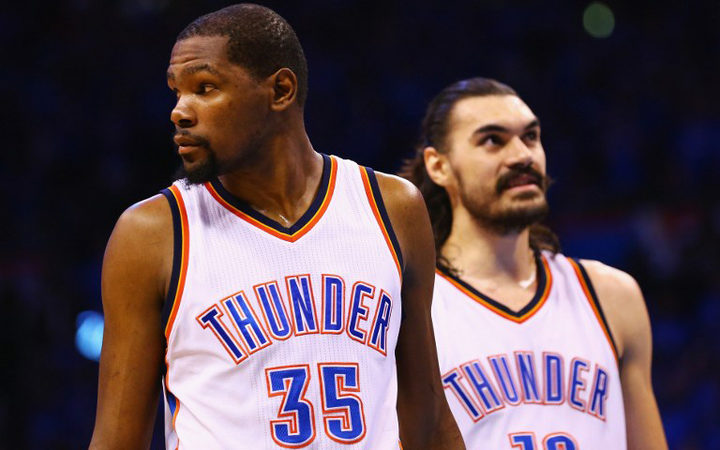 It was just a little over a month ago that Oklahoma City Thunder bullied Golden State Warriors into a 3-1 deficit in the NBA Western Conference Finals. The team looked set to dismantle their record-breaking rivals and head to the NBA Finals for the first time since 2012, yet they somehow derailed in the final three games of the series just as quickly as they had figured it out.

All that seems like light-years ago now. Kevin Durant announced yesterday he would be leaving the Thunder in free agency to join the one team he spent the post-season trying to cross off his list. The Splash Brothers just became the Splash family, and Draymond Green & co. essentially delivered the ultimate kick in the groin to OKC.

“The primary mandate I had for myself in making this decision was to have it based on the potential for my growth as a player — as that has always steered me in the right direction,” Durant wrote. “But I am also at a point in my life where it is of equal importance to find an opportunity that encourages my evolution as a man: moving out of my comfort zone to a new city and community which offers the greatest potential for my contribution and personal growth.”

For Durant, much of this was about timing; he’ll turn 28 later this year and in Golden State he joins three other dominant All-NBA players that are around his age. These are his prime years and the move is the closest he can come to guaranteeing he walks off the court next June with his arms wrapped around a trophy. 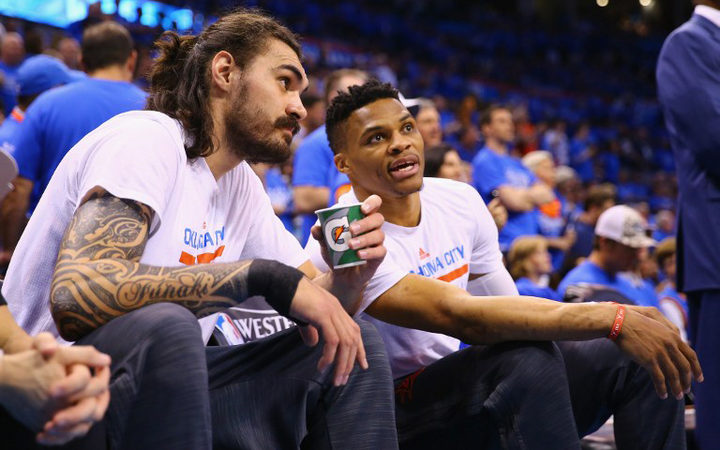 Things change fast, and right now OKC have been left trying to keep up. But it does leave some room for optimism: Durant’s absence calls for someone else to step up on offence. Will it be Steven Adams?

As the roster stands, it’s likely that he’ll see a bump in usage. He’s a monster in the pick-and-roll when teamed up with Russell Westbrook; he’s also proved that his post-ups can be just as effective. But with talk of Westbrook being traded before he enters free agency himself, Adams could find himself on a team that just keeps on regressing.

It’s important to keep in mind he’s only 22: he may not be getting as close to the NBA Finals for a while longer, but he’s still a key player for the Thunder with time on his side to develop even further. Plus, as it stands, current estimations see him earning over NZ$30 million a year when his contract is up at the end of next season. It’s not all bad.

But where the team will be in a year’s time is anyone’s guess right now. OKC fans might not be looking forward to October like they were only days ago but, with Adams staying put, we can at least be assured that media day will be as memorable as ever.