How your OE visit to an orphanage could be traumatising children, breaking up families and fuelling human trafficking. 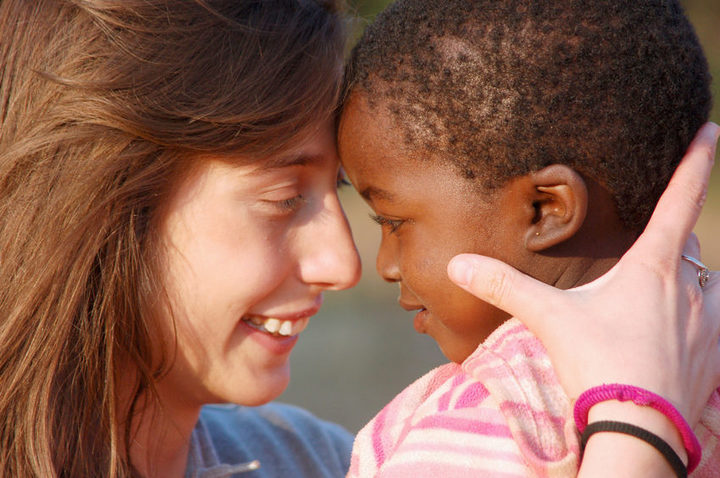 Orphanage visits are on the rise. But are well-meaning volunteers doing more harm than good? Photo: 123rf

Kirsty Lawrence was 25 when she went to visit a Jakarta orphanage.

Her visit ran on the usual tracks, familiar to us from so many Facebook and Instagram posts: chatting to the girls’ rugby team, snapping photos of white-toothed children grinning from desks, attending the in-house school, bonding with the kids.

“One little girl when I was there I was particularly fond of,” she recalls. “After leaving all I could think about was what life would be like for her and how different our lives would probably pan out. So on one hand, you leave feeling blessed for the life you have, but on the other hand, it leaves a little piece of you there.

“At the time I did not think about the impact it would have on the children. It just never really crossed my mind.”

Kirsty’s experience is not uncommon among young New Zealanders. Orphanage visits are a growing feature of the OE - a fact reflected in innumerable profile pictures and a booming multi-million dollar industry for those seeking to combine altruism with their travel.

There are no hard figures for how many Kiwis are heading overseas as volunteers, but New Zealanders have always ranked high in the global altruism stakes, with around a third of the population regularly engaged with volunteer work. Combine that with the near-ubiquitous kiwi OE tradition, and you’ve got a ripe recipe for a boom in young tourists-turned-humanitarians. 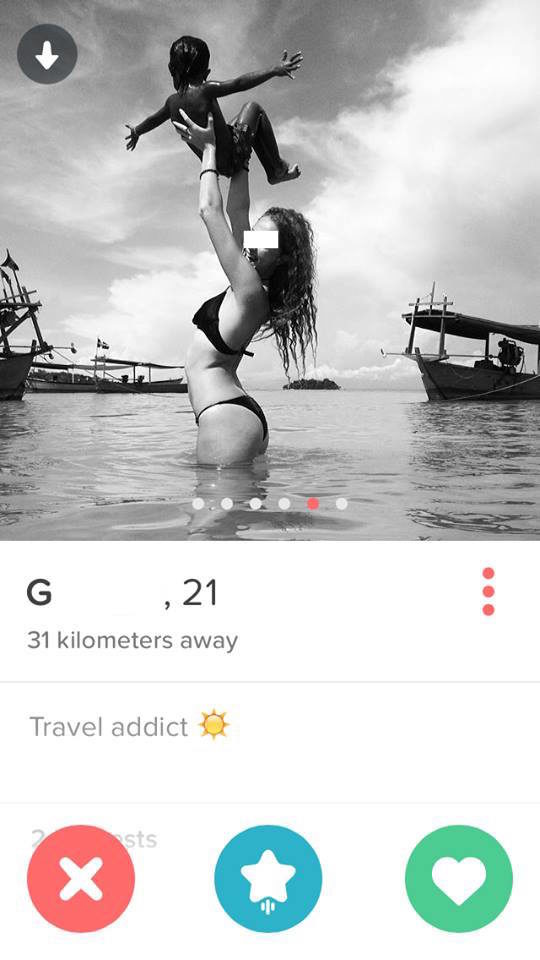 Currently, the voluntourism industry sends out an estimated 10 million volunteers every year, raking in up to $2 billion for the trouble. Among the most popular destinations are orphanages, which provide plentiful volunteering opportunities for young people without many applicable skills, and - for the more cynical - some golden Tinder profile-pic opportunities.

But the surge in overseas visitors is having an ugly impact on the ground, with experts saying well-meaning visitors are fuelling a market for children, inflicting psychological damage on vulnerable kids, and boosting human trafficking.

Tara Winkler visited a Cambodian orphanage when she was just 19, back-packing across South-East Asia.

“I had never encountered poverty like that before in my life,” she said.

After a stint fundraising in Australia, she returned to Cambodia to volunteer at the orphanage for a few months - but found not all was as it seemed at the childcare facility.

“Over the course of the next year I discovered the orphanage I’d been supporting was terribly corrupt, and the director had been embezzling every cent donated,” she says. “The children were suffering such gross neglect they were forced to catch mice to feed themselves.”

On finding out the director had been physically and sexually abusing the kids, she reported the orphanage to the local authorities, and unexpectedly found herself with custody of 14 children when the facility was shut down.

But from there, things only got murkier. As she got to know her young charges better, Winkler found most of them were not orphans at all - many had living families or parents who had sent them out to get an education or better opportunities. Once in the orphanage, they’d become a lucrative money-making mechanism for the owners, while the children themselves were plunged into abject poverty and abuse. Delving deeper, Winkler found what she had discovered was an increasingly common picture across the country.

Winkler went on to find family-based homes for all the children in her care, and eventually shut the facility down permanently. Today she continues to advocate for family-based care through the Cambodian Children’s Trust. She has strong words for those looking to lend their support and donations to orphanages:

“The most shocking thing is this boom is being caused by the well-meaning support of people like me, who go to visit and volunteer and donate and are unwittingly supporting an industry that is exploiting these children. 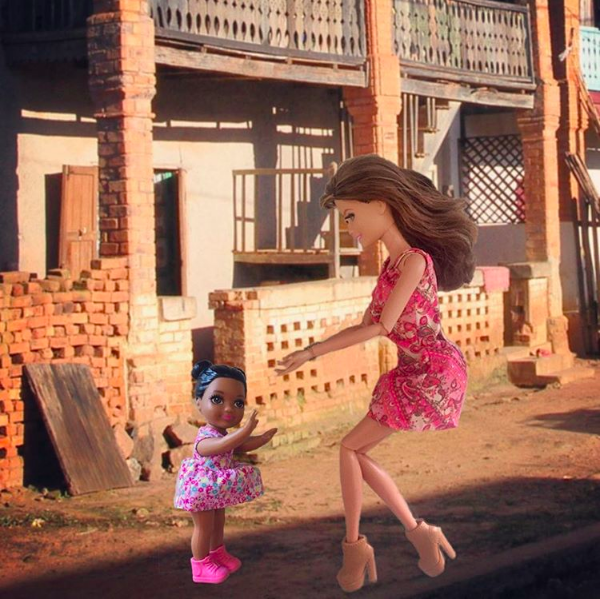 “The issue is being caused by us - especially by the donations flooding in in support of these institutions, which cause more institutions to be opened and more children brought in to fill their beds.”

The problem of volunteer demand creating a market for orphans is widely established. As increasing numbers of westerners seek to pay for organised voluntourism trips or pay fees to visit orphanages, they create a demand for vulnerable children for those looking to make a quick buck.

With donor money focused on funding facilities full of children, donations are diverted away from families who might otherwise be able to keep children in their own care. In countries like Nepal, orphanages can be the best bet at getting an education, increasing the flow of children out of their families and into institutions.

“In some cases, children are deliberately separated from their families and placed in orphanages so they can be used to attract adoptive families, fee-paying volunteers and donors,” said UNICEF Nepal’s Tomoo Hozumi in a statement. “While many orphanage volunteers are well-intentioned they often are not aware that they could inadvertently cause harm to children.”

Sylvia Smyth was in Vietnam working for the UNAIDS programme when she and some Vietnamese friends decided to make a day trip to visit a local orphanage.

The conditions there shocked her.

“For the able-bodied kids the conditions weren’t too bad - they had air conditioning units and higher staff levels. For the disabled kids, it was... yeah. I still think about them. They were locked in rooms, they were fed lying down. It was just horrible. Many of them never learned to walk even though they would have had the ability - they were just never given the opportunity.

“When we left I couldn’t stop thinking about it - I still can’t, really.”

The encounter motivated her to keep up contact with the orphanage, organising donations, Christmas parties, events and tours. Gradually, though, she developed misgivings about how much good they were doing.

“A lot of the stuff we gave the centre we never saw again. We also learned we weren’t the only ones doing this - there were so many other [events] booked in by other people... you start to wonder, are the kids being kept there so the orphanage gets stuff?

"We became increasingly wary of taking people out there short term, because we started to realise it wasn’t really doing anything for the kids that were there.”

As she went on to work in child protection with Healthright International in Vietnam, she developed bigger picture concerns.

“The research definitely shows that orphanages can be a money making mechanism for whoever runs them - and therefore there’s obviously no incentive to provide good care for the kids because they’re kept in conditions that elicit charitable responses,” Smyth says.

“That bigger picture is so hard to see when you visit as a volunteer - you really have no idea.”

Even for children who find themselves in legitimate, well-run orphanages, a steady stream of short term visitors - no matter how caring - can do more harm than good. Particularly for children in the first three years of life, a constant rotation of short-term caregivers and connections that are then ripped away can cause developmental delays, mental health issues and even damage to the physical development of the brain.

Outlining its changing position on orphanages in 2013, UNICEF said:

“We know what kids need most in order to grow up to be happy healthy adults is a secure attachment with at least one primary caregiver,” Winkler says.  “When they don’t get that, it can have a really serious impact on the development of human brain architecture, which can then lead to mental illnesses, attachment disorders, growth and speech delays.”

For the thousands of well-intentioned volunteers who visit for anywhere between a day and a year to cuddle, play and bond with children before leaving, this starts to cast something of a shadow on orphanage visits. And research into how visitors are perceived by the children themselves indicates volunteers are not always viewed with rose tinted glasses:

“There were so many volunteers: short-time, long-time, middle-time, according to visa,” Karjit, a boy from an orphanage in Humla, Nepal told local researchers. “Why foreigners come to Nepal? Why do they go in orphanage? That time they come for short time and they give love to us, but then they leave, and when I write they don’t reply.”

“I say to a volunteer, ‘Sister, I am very lonely’, and they say, ‘No problem I am here’, but then they go their country and I write but they don’t reply. When I was little everyone can love me, now I am big and I need love.”

Julie Frew was 21 when she headed to Uganda. In training as an occupational therapist, she visited two orphanages. At the first, she provided training and education for the staff. The second was an orphanage for babies, where the volunteers were able to drop their professional roles and spend time simply playing with the children, doling out cuddles and bonding.

She found the experience so affecting that she thought about returning to spend several years working at the orphanage as a volunteer.

“Honestly, it never would have crossed my mind that going there and getting to know all those babies for a year or two and then leaving would be painful or damaging for the babies - it was more like wow, this is so dreamy, I would love to do this. I remember thinking how wonderful that plan seemed.”

Since then, however, she’s completed her study as a pediatric occupational therapist and has a baby of her own. In her own work, she sees children who have been unable to form proper attachments or have had them broken. She winces slightly remembering her plans.

“That attachment is how a baby learns that human interaction is pleasurable - and that’s key because it’s the basis of the development of empathy.”

“If those attached relationships to the person who’s going to make sure I’m warm and nurtured and fed and loved - if that keeps getting ripped away or they haven’t been able to form it… it makes for very anxious children who retreat from the world, who focus more on stuff as opposed to people because people are too intense and dangerous.”

So where does this leave those of us who want to lend a hand?

“I guess I would encourage people to think about other way they can support something like that because definitely it’s appropriate to help, or to want to help,” Frew says. “It’s just that the first three years of life are so vital to any child’s development that we should carefully consider the impact it’s going to have if we’re going to go, and then leave.”

“I think it’s always wise to view it from your own country context - like if you saw this happening in your own country, would you still morally agree with it? If there was an institution in Christchurch, that was just always full of foreigners, for short amounts of time - how do you think that would impact the kids there?”

Listen to Tara Winkler's full interview with Nine to Noon: